Here are six things we learned about Haitian-Dominican actor Jean Jean from his interview with Remezcla.  The lead actor is currently on tour as the face of the DR’s Oscar Campaign for his role in the movie Carpinteros, but he’s undocumented in his home country.

The film Carpinteros is the first Dominican movie to screen at the Sundance Film Festival and as the country’s Best Foreign Language Film Oscar submission, Carpinteros is making waves both at home and internationally.

Jean recently shared his struggles in a Facebook post, explaining that, like his character Julian, he too feels imprisoned. As a Haitian-born immigrant who has lived in the Dominican Republic for the last 25 years, he has been unable to renew his status since it expired in 2015.

Unfortunately this is a problem that plagues many Haitian immigrants, despite the Dominican Republic’s controversial “regularization” program passed that year, which was meant to enable eligible Haitians and their descendants to formalize their citizenship or residency status.

Friends are currently reaching out to the government trying to help Jean as a result of that Facebook post and were told that it continues to be that of non-resident and he should be on the lookout for requests for more documentation, however no one from the government have reached out to him.

Jean think Julian’s character could impact the perception of immigrants from Haiti or Dominicans of Haitian descent. In the interview, he explains, what’s shown in the film is a reflection of the real world, and the movie touches on real problems, like the overpopulation in the Victoria prison – which was built for about 2,000 inmates and now houses approximately 8,000 people forced to live piled up on top of each other.

Jean believes the subject of immigration is the subtext underlying the entire film. The film can have an impact, in fact it’s a universal theme; many viewers at film festivals around the world have identified with it since it alludes to a borderless reality.

If you notice, the film touches on communication between one [prison courtyard] and another, and is set on an island where two countries live back to back but don’t speak the same language—these are the connections that folks are making at an international level, which we might be missing at the local level because we’ve normalized the situation with Haitians and  Dominicans (even if it’s not regulated by any laws.)Keeping the immigration system chaotic benefits the government, and it’s been that way since 1929, when Haitian laborers began migrating to the Dominican Republic to work the sugar cane fields.

Read the full article by Amanda Alcantara on Remezcla. 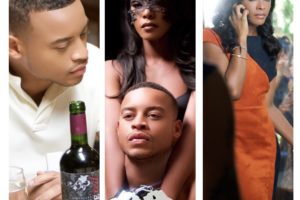 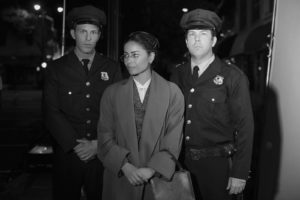