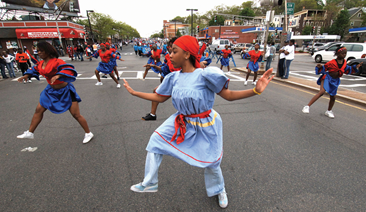 Boston released their line up for Their Haitian Heritage Month Celebration and it include a flag rising parade on May 15th.

Accepting to The Boston Haitian Reporter:

Haitian-Americans United, Inc. (H.A.U.) will host a series events organized in celebration of the 2015 Haitian Heritage Month in Massachusetts. H.A.U. and its partners continue to focus on “Unity” as the central theme for this year, while evoking the spirit and the determination of the ancestors that led to Haiti’s independence on January 1st, 1804. The theme for this year is “United We Stand, Stronger!”

As in past years, H.A.U. will coordinate several major events (one in collaboration with Haitian-American State Senator Linda Dorcena Forry) for the Haitian Heritage Month:

The 20th Annual Haitian Flag Raising Ceremony: The Haitian flag will be raised on Friday, May 15th, 2015 between 12-2 p.m., at Boston City Hall in Government Center. Participants will include high school students, cultural groups, and city and state officials. The ceremony will be preceded by a breakfast at 10:30 a.m. on the fifth floor of City Hall. The annual breakfast with local Haitian leaders and City Councillors is sponsored by Councilors Michael Flaherty, Stephen J. Murphy, and Timothy P. McCarthy. Several other cities including Brockton and Medford will each hold similar events.

The 15th Annual Haitian Unity Parade will take place on Blue Hill Avenue in Mattapan and Dorchester on Sunday, May 17 starting in Mattapan Square at 1 p.m. More than 200 local organizations, schools and businesses from all over New England are expected to participate in the event, which can draws tens of thousands of people.

The parade will be led by Mr. Pierre-Andre Noel, Haiti Fund Director/ The Haiti Fund at the Boston Foundation as Grand Marshall for this year. The event will feature lead sponsors Senator Linda Dorcena Forry, Mayor Martin Walsh, former State Representative Marie St. Fleur, and a host of city and state public officials.

The Haitian Heritage Month celebration at the State House, sponsored by Senator Forry, will be held on Thursday, May 28th, 2015 from 1-3:30 p.m. Several artists from the Haitian community will perform and several leaders and officials will speak on that occasion.

All Haitians and friends of Haiti are invited to join in the Heritage Celebration. 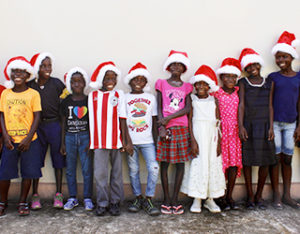