Last November, Haitian-American media maven Karen Civil announced she was working on  launching a  Playground In Haiti. With only a few more months before the official grand opening of the playground and now school,  Karen recently sat down with Forbes magazine, a leading business magazine for  business news and financial information, to discuss her passion behind the project and much more.

Here are a few highlights from the article,

Stemming from a Haitian New Jersey household, it’s safe to say that media connoisseur Karen Civil has reached higher heights than she ever thought possible, most recently developing, sponsoring and executing a personal philanthropic project in Haiti, the  LiveCivil playground. Deeply intertwined in the digital music marketing industry since the 2000’s, Civil had a mini-empire in digital hip-hop media and strategic marketing by the time she celebrated her 29th birthday.

Juggling roles as diverse as a consultant, social media manager, publicist, blogger and A&R to the list of artists she’s worked with this far,, Civil’s latest venture,  building of her LiveCivil Playground in Haiti , has introduced the public to her more personable and charitable side.

“When I was young, I originally wanted to be a radio on- air personality. Once I realized I may not be fit for that, I was infatuated with hip-hop that I still wanted to be apart and give back the community, so I decided to carve my own path and make my own lane.”

The LiveCivil playground which consists of recyclable material such as reclaimed tires and bamboo, aims to not only provide a safe and fun space for Haitian children to learn, but also helps the Haitian economy by using excess materials and providing work opportunities for Haitian residents to build and maintain the playground.

Cleck Here to read the article at Forbes. 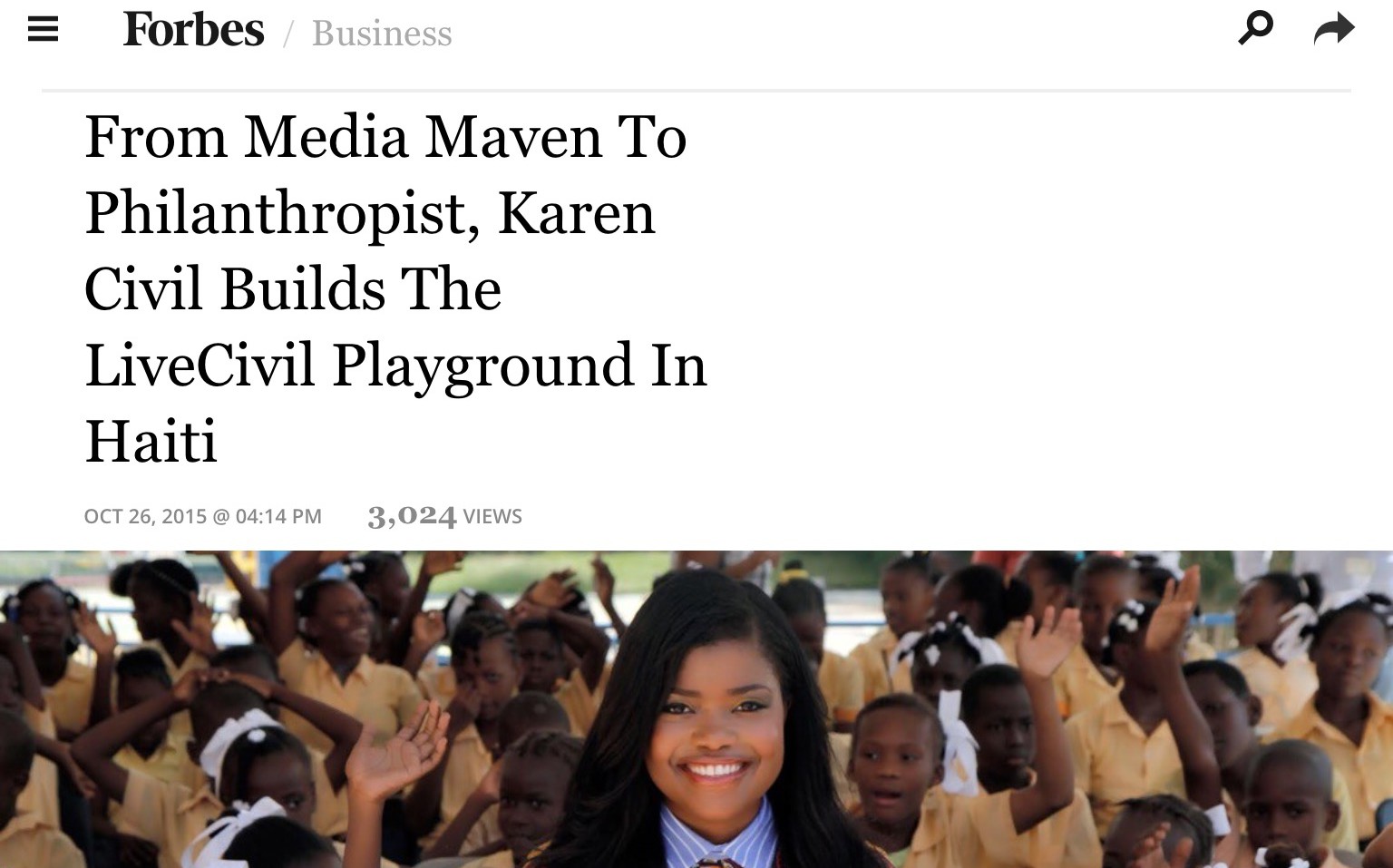 Haiti, the Caribbean nation with a long history of

#GrowingUpHaitian 🇭🇹 ⁠ Heavy on the "pa me

#ShopHaitian🇭🇹⁠ “Ever wondered how to cl