Alizee Gaillard, also known as Alizee Sorel– Alizee is a Swiss/Haitian supermodel currently based in Paris. Born in Geneva to a Haitian father and a Swiss mom, she was just two months old when she moved to Haiti where she spent her childhood. From then on, she lived in Switzerland and in 2005, tried and won France’s first installment of Next Top Model. Since then, she has worked for top clients like Alexander McQueen, L’Oreal, Louis Vuitton, Prada, etc. She is currently with world-renowned agency, Elite.

Claudia Cedro – Claudia is an Italian supermodel of Haitian/Italian origin. Born in Rome to a Roman father and a Haitian mother, Claudia moved to New York at a very young age with dreams to be a supermodel and has worked for Calvin Klein, Roberto Cavalli, Puma and Victoria’s Secret. In 2002, she won the “Elite Model Look Italia”. Currently represented by Mega Models.

Christian Dubosse – Born in Haiti, Christian has been called an exciting find in the male modeling industry for his striking look. After having been discovered by a fashion photographer as an accounting student in New York, he was quickly picked up by Basic Model management in 2008 once he sent his portfolio. Some have called him the male version of Jourdan Dunn, noting their uncanny resemblance. After he’s set a buzz after his short time, he’s expected to do very well.
Facebook Comments 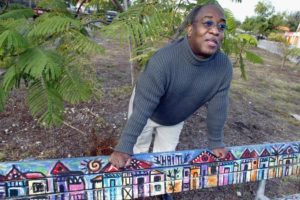 We're loving the TikToks, but we wanted to share a