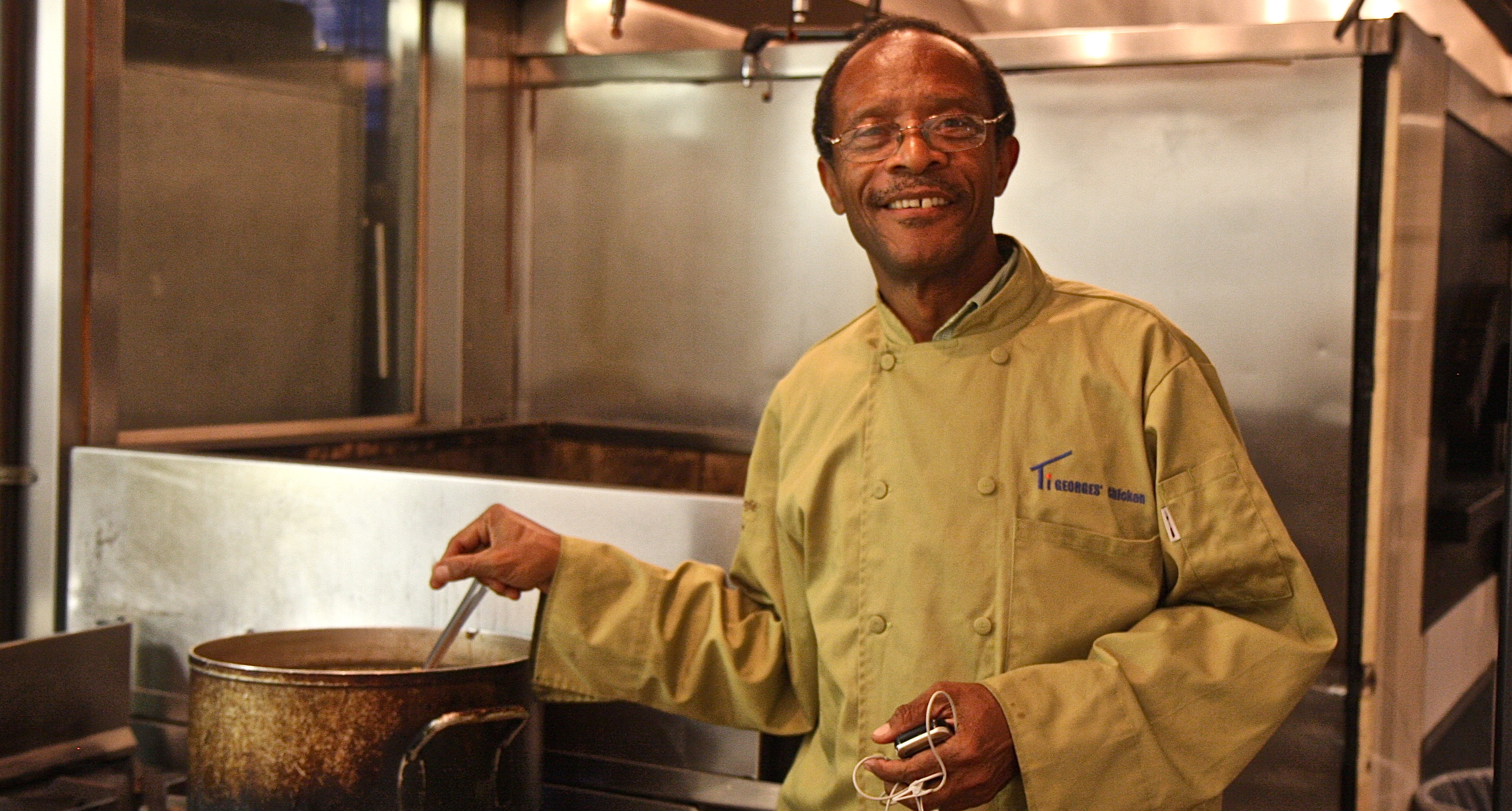 Haitian-American Jean-Marie Monfort Hébert Georges Fils Laguerre who said he received such a long moniker because he died at birth is from Port-de-Paix,  Haiti. He left Haiti in 1970 and moved to Brooklyn New York with his mother and six of of his ten siblings. Laguerre later moved to  Los Angels where he’s  resided for more than thirty years and the lead Haitian food ambassador of the city.

There might not be a lot of Haitians in Los Angeles (2,200 in the county, actually), but George Laguerre is one of the island nation’s proudest ambassadors anywhere. Over the last 13 years, he’s turned an otherwise dismissible storefront on Glendale Boulevard in Echo Park into a makeshift Haitian cultural center, luring diners into TiGeorge’s Chicken with a mesmerizing window-front rotisserie on which glistening, marinated birds whirl above smoldering avocado wood.

After his homeland suffered a devastating earthquake, he announced in 2013 that he would be closing TiGeorge’s Chicken to move back to Haiti and focus on his coffee business. But Laguerre had a change of heart, and his restaurant remains alive and well. The namesake chef is on site every day, serving his now-famous chicken along with Haitian specialties like goat, lambi, acra, pikliz, fritay and pain patate. – LA Weekly

A recent article in LA Weekly covered 4 things you didnt know about the Hatian ambassaror which include why his full name is Jean-Marie Monfort Hébert Georges Fils Laguerre, he came to L.A. to make it in the film industry, his restaurant was almost a failure and he used to drive down alleys in Echo Park in search of avocado wood.