Monel King Aliote was born in Port-au-Prince, Haiti and moved to the U.S at the age of 14. He began studying art at the Art Student League Of New York.

Monel has exhibited in a group show at the Brooklyn Museum through The Scholastic Art & Writing Awards of 2009, The Greenpoint Gallery, ArtistRun Gallery and Gallery 446 in Palm Springs, California. His work was published in the Art Takes Times Square 2012 book and his painting of Billie Holiday ‘Lady Day was featured on a Times Square billboard.

His work tends to focus on portraits of famous, influential, and inspiring people. His portraits are based on photographs of people who Monel read about throughout his childhood. As a painter, Monel has always wanted to express the living essence of a human being in art. He wanted to depict the character, emotions, attitudes, intentions, mood, behind a portrait, He wanted to paint the spirit and the soul of a person as well as their physical appearance. Monel currently lives and works in New York City. 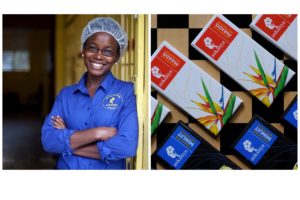 #PressPlay 🇭🇹. [@Local10News] Haiti has one

#LetsTalkAboutIt 🇭🇹 ⁠ What are your though

#SaveTheDate🐎🇭🇹⁠ Stand Together For Hai