A Haitian official says a big truck jammed with people has run off a road and at least 20 people are dead and 40 others injured. Ronald Louis of Haiti’s Civil Protection Office says the truck’s brakes failed Saturday afternoon as it drove on a hilly road outside the western town of Petit-Goave. Seventeen people died at the scene, many of them crushed. Three more died at a hospital. The forty who were injured were taken to hospitals in the area. Fatal traffic accidents are common in impoverished Haiti, where police seldom enforce traffic laws and many vehicles are overloaded with passengers.

I’ll say a prayer and hope their families are okay.

#Breaking According to various reports, the Police

Ministry Of Tourism Haiti shares a clip of Jacmel

#LunionsuiteTravel 🇭🇹🎿 Haitians On The Sl

🗣🗣Calling out all the Party Animals!!! March 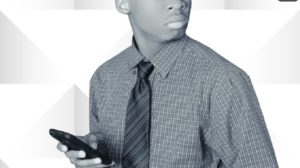