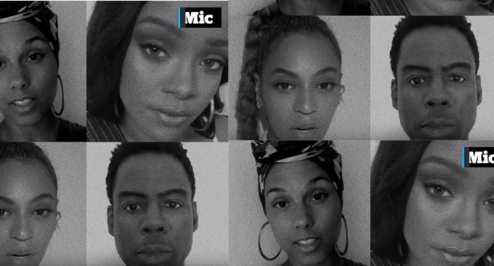 Alicia Keys and her “We Are Here” movement have teamed with other celebs like Maxwell for a powerful new PSA shedding light on racial injustice.
In the video, which premiered on Mic.com on Wednesday, Keys, Maxwell, Beyonce, Rihanna, Kevin Hart, Adam Levine, Pink, Taraji P. Henson, Pharrell, and more share “23 ways you could be killed if you are black in America” as photos of black men and women killed by police and civilians flash across the screen.
Keys kicks off the polarizing roll call that reveals a list of everyday actions that resulted in a loss of life for black Americans. “Failing to signal a lane change,” says Keys, noting the case of Sandra Bland, a 28-year-old black woman who died in police custody last July after being pulled over by a Texas state trooper.
The “23 Ways” PSA ends with Keys directing viewers to the website weareheremovement.com. “To tell President Obama and Congress that the time for change is now,” she adds. “We demand radical transformation to heal a history of systemic racism so that all Americans have the equal right to live and to pursue happiness. “
Facebook Comments

TagsAlicia Keys Maxwell We Are Here 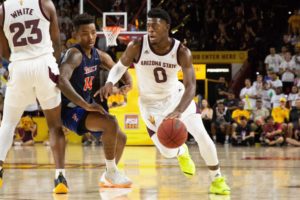