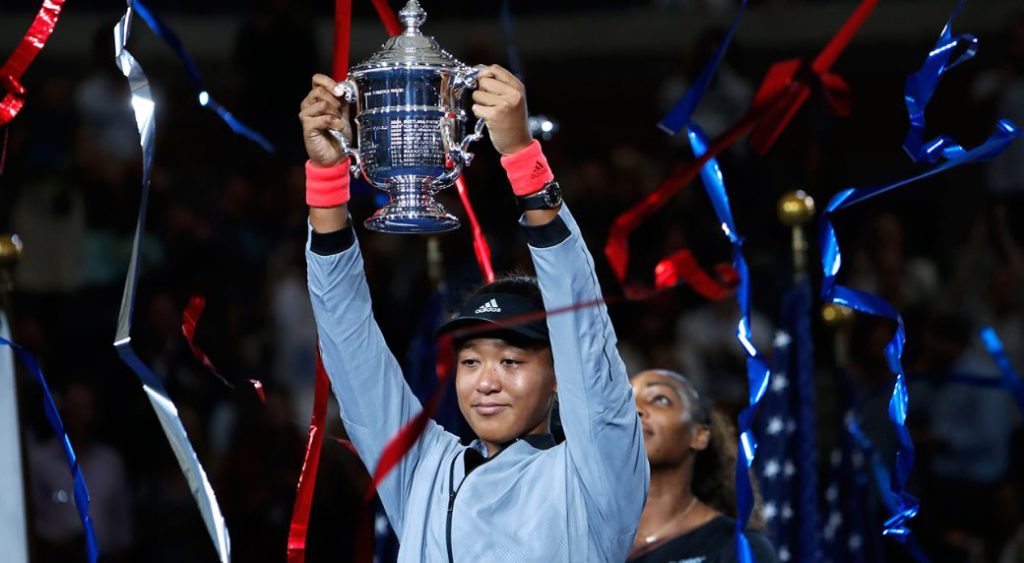 Naomi Osaka became the first Haitian and first Japanese player to win a Grand Slam after she defeated Serena Williams 6-2, 6-4 in the final of the US Open on Saturday.

Williams had a shot to make history but instead, her shot at a record-tying 24th Grand Slam title ended in controversy with Naomi Osaka taking home the first major victory of her pro career while the crowd at Arthur Ashe Stadium in New York booed and later cheered for the new champion.

During the very intense match, Williams was given a game penalty for an outburst, which also followed racquet smashing and another code violation as Osaka won 6-2 6-4.

Osaka, 20, kept her focus to become the first player of Haitian and Japanese descent to win a Grand Slam.

William, 36, graciously congratulated Osaka at the net after the 20th seed completed an extraordinary victory and, although Williams’ behavior will grab the attention, nothing should detract from a classy and composed display from Osaka.

“I’m sorry it had to end like this,” a crying Osaka said.

Osaka is now two for two in matches against Williams after beating her at the Miami Open in March earlier this year.