When it comes to taking a leap of faith and wanting to make a difference in your community, it is not always an easy road but when you stick to it, it can be rewarding. Corinne Joachim-Sanon-Symietz is the definition of someone wanting to make a change in her community for those who are less fortunate. She took the path less traveled to realize one of her dreams: creating jobs opportunities and revenues for Haitian farmers and blue-collar workers, preferably Haitian women. In order to make this difference in her community, she knew she needed the best education and skills.

Growing up in Port-au-Prince, Haiti, Corinne attended Sacred-Heart Institution where she completed High School. However, she wanted to attend world-class institutions for her universities studies. Graduating from High School at 16, she moved to New Orleans where she had a family (her Haitian parents would not allow her to live on campus under-age) and attended the University of New Orleans.

There she completed her first two years of college while keeping her sights on a more rigorous Engineering program. She was admitted on a scholarship to The University of Michigan where she earned her Bachelor of Sciences in Industrial and Operations Engineering in 2006. 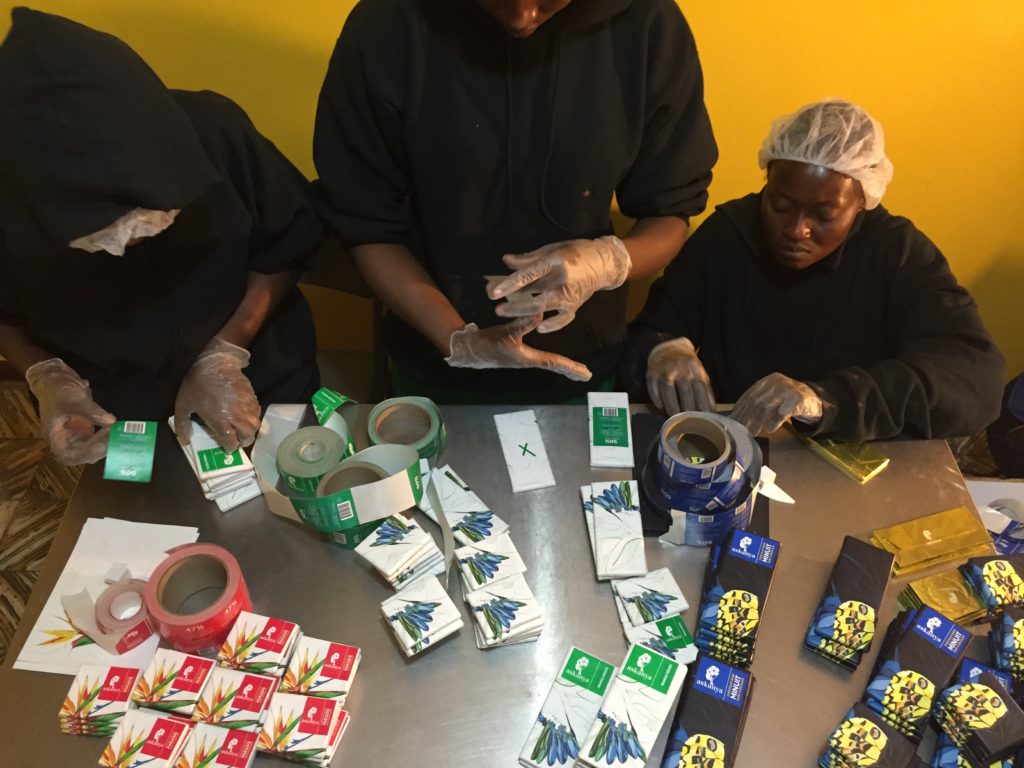 Corrine knew furthering her education was necessary to reach her personal and future entrepreneurial goals, she went on to complete her Masters in Business Administration (MBA) at the University of Pennsylvania –  the Wharton School of Business, in 2011. Her professional endeavor and work experience allowed her to make a 6-figure salary and live comfortably in New York where she had settled but she didn’t give up on her goal to provide work opportunities to her community back home in Haiti.

In 2015, Corinne, her husband Andreas and her friend Gentilé invested their savings to launch Les Chocolateries Askanya, Haiti’s first premium bean-to-bar chocolate company. The chocolate bars are exclusively made with Haitian cacao, Haitian unrefined whole cane sugar (Rapadou) and other natural ingredients without preservatives at the colorful chocolate factory located in Ouanaminthe, Haiti.

In order to create the delicious chocolates, Corinne and her team needed to source the best cacao beans – the star ingredient. At first, the 3,000 farmers from the Fédération des Coopératives Cacaoyères du Grand Nord (FECCANO) supplied them in fermented and dried beans – it is through fermentation and drying that the best aroma and flavors of cacao are revealed. But in 2016, they decided to start sourcing the cacao pods directly from the farmers’ tree via a newly created sister-company in order to better control quality.

They started traveling through the treacherous roads and rivers within the rural areas of Limonade and Grande Rivière du Nord to meet with farmers, visit their farms, select, inspect and cut each cacao pod, extract the beans and place them in buckets and bring the precious cargo to the fermentation and drying center in Ouanaminthe. Despite the challenging environment due to the absence of basic infrastructures, they did such a great job that their beans were selected among the top 50 in the world at the Cacao Excellence Award held in 2017 in Paris, France, at the Salon du Chocolat.

While establishing the chocolate factory, Corinne used many of the skills she has learned during her Engineering classes and practiced while working as an Industrial Engineer for other world-class companies (L’Oreal USA, Hormel Foods, Northrop Grumman)  – efficient, just-in-time and lean productions practices as well as ergonomics procedures. Similarly, she was able to assist in devising the marketing and sales strategy, as well the generous human resources practices thanks to her management work experience and the skills she gained during her MBA. 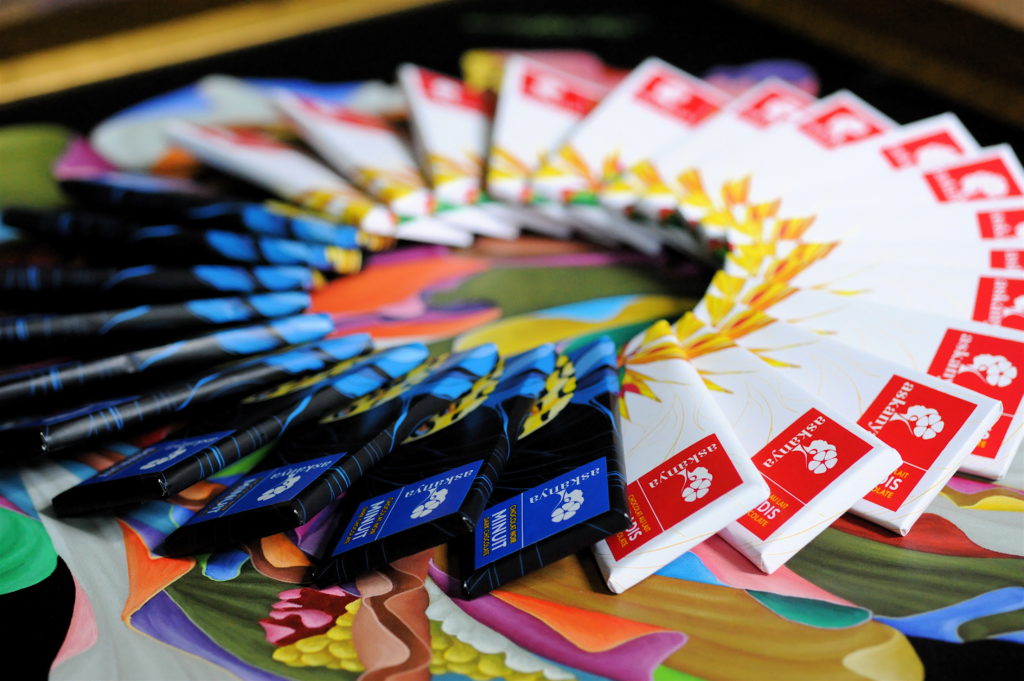 Askanya was named after Andreas’ German hometown “Aschersleben”. In its latinized form “Ascania,” it connects to the ancient figure Ascanius. As Ascanius became the legendary King in Roman mythology, the founding team hopes that Askanya will become the Queen of chocolate in her new Caribbean home, Haiti. The chocolates, all handcrafted by women, are currently available in Milk, Dark, Extra Dark, and Rapadou flavors, in regular bars (2oz) bite-size bars, and seasonal gift-sets.  They are sold in stores in Haiti, the USA and on the company website.

Corrinne and the founding team understands the difficult living conditions in Haiti, especially in the countryside and knew that the company would be able to provide recurring income and some stability to its network of farmers and employees. This brand not only wants to handcraft delicious chocolate for chocolate lovers worldwide to enjoy but also give farmers and employees in Haiti a chance to earn a fair income and show to the world that creating a profitable company in Haiti is possible.

On behalf of the 500 Haitian Cacao farmers and the 200 Haitian Sugarcane farmers who provide to Askanya its organic ingredients, the production team, and contractors who support the company production activities, Corinne Andreas and Gentilé already thank you for savoring its chocolate treats that are grown in Haiti, made in Haiti but enjoyed everywhere!

For the next week, You can use LUNIONSUITE code during check out and receive 18% off entire order on their website www.askanya.ht. Valid until June 1st 2019 11:59 PM