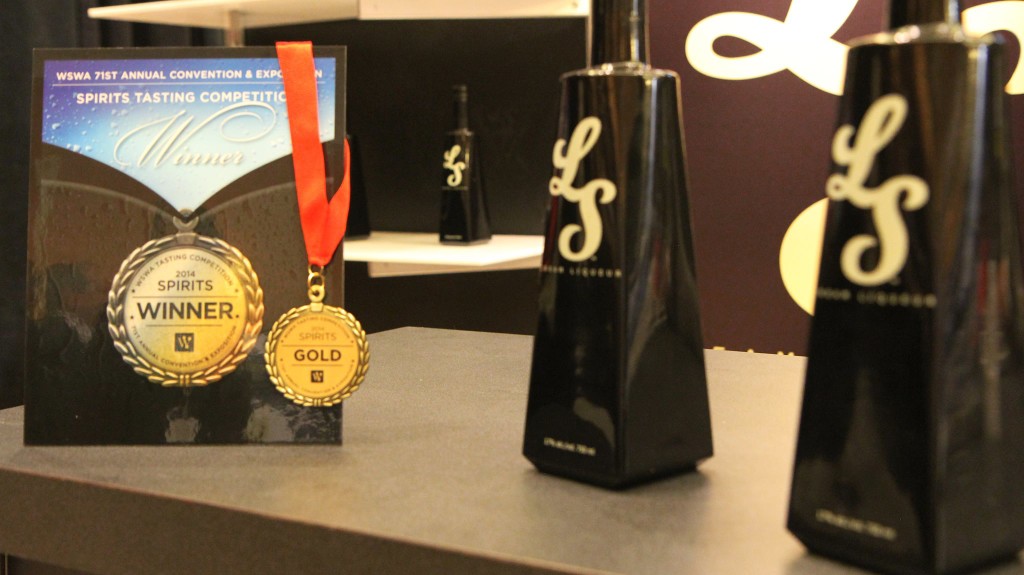 On Friday, if you were one of the lucky few who attended the very first LSCream Miami tasting than you’re already aware of this delicious and sophisticated packaged Cremas liqueur product. Unlike our home-made or local Haitian store bottle of Cremas packaged in empty Belvedere or Ciroc bottles, LS Cream is packaged in a very sleek and sexy black and gold bottle.

When I first heard about this product, the first thing I thought was “Why didn’t I think of that?” but thankfully this product is being manufactured by Haitian-Canadian Stevens Charles who’s passionate about introducing the world to one of our culture’s most popular and delicious boozy answers to egg nog. 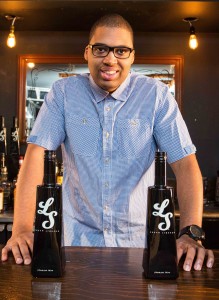 Stevens Charles is a Haitian-Canadian entrepreneur who resides in Montreal, Canada. He was born in Montreal, Quebec, and raised in Montreal-North. Both his parents were born in Haiti. His mother, Marie, arrived from Jeremie, Haiti when she was 14 years old. Raised in a single parent household, Steven’s mother made great efforts to make sure that Stevens had the best education that she could provide for him. Charles graduated from HEC Montreal University in 2005 with a bachelor’s degree in marketing. After working for two major corporations, Charles founded LS Cream inc. in January 2013 to respond to the growing demand for a professional take on his home country’s iconic drink called “cremas”.

LS Cream project started in 2011 but been in business for the last two years. LS represent the initials of Stevens Charles’s grandmother who’s the inspiration behind the cremas recipe in each bottle. The company headquarters is in Montreal; however, the product is bottled in the US with plans to move part of the production in Haiti.

The motivation to get the company off the ground?

Christmas 2011,  I saw someone in my family give a bottle of cremas as a present. What was special about it, and what caught my eye, was the effort in designing the bottle. While the bottle design still wasn’t my style, I still understood what this person was trying to do by putting cremas in a more presentable way. But the problem was the product inside the bottle was still not available for commercial purposes. So on that day, at that specific moment, I decided that I was going to find a way to keep the taste of the cremas but produce it in a way that makes it able to be sold at any liquor store around the world.

Do you think your marketing plan is effective?

I think my marketing plan is effective because we’ve received a lot of attention and positive feedback on the product. First, we wanted to have a bottle that stood out and also respected all the necessary regulations. Before tasting the product people like to look at the bottle and are attracted to it. Second, to be considered as a premium product on the market next to the big name brands, we had to produce a liquid that had the same or even better level of quality as the big name brands on the market that make cream liqueurs. Do to so, LS Cream had to be a homogeneous product, so that there would be no more residues when you drink like a homemade cremas.

We also had to make sure that the product did not need to be refrigerated to be preserved. That was really important knowing that we were going to deal with distributors and that some of the product will be stored in warehouses with various temperatures. Homemade cremas will separate after a couple of weeks and start to spoil, while LS cream will not separate and has no expiration date, even after the bottle is open. I also had to decide on the thickness of the product some people like it very liquid and some like it very thick. I decided to put it somewhere in the middle, after consulting with people in the industry and doing my own market research with consumer preferences, it was the best way to go and the positive feedback proves that. Once this was done, we entered one of the major tasting competitions to test LS Cream against other brands and it was a success! LS Cream won the Gold Medal in the Wine and Spirits Wholesalers of American competition in Las Vegas, Nevada in 2014.

How does your Haitian culture influence your style?

My Haitian culture influences me in the sense that we are very proud and very well-mannered. So in everything, I do I make sure that all the smallest details are taken into consideration and that the brand always looks it’s best at all times.

Do you undertake all of the work yourself?

I oversee everything, but I have a team of people who help me and the team is still growing. My Chief Operating Officer and my CFO are Haitian and they help me with the day-to-day operations. 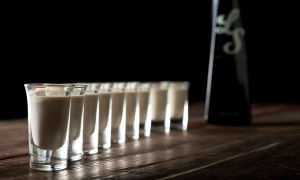 What has been the response of the Haitian-American community?

Overwhelmingly good! First, they support me because I’m Haitian of course, but once they actually taste the product they understand where this is going and they start sharing it with the people close to them.

How did your education and experiences in school and beyond lead you to this role?

School thought me to trust my gut and to never sell myself short. At my first semester in college, I was made aware of an association in charge of the official parties for the beginning of the semester and the end of the semester. Because they had no competition their parties were bland and boring, they didn’t put any efforts in the experience that their “clients” were having because people were showing up regardless since it was their only choice. I saw this as an opportunity to do my own parties, to have a better location, better music and a better experience overall. I promised and I delivered. 3 years and 6 events later, my parties were causing my competition to lose so much money they threaten to stop me and anyone that was helping me from being in the graduation book which was being distributed to the official graduation party.

Sometimes we look at stuff as if they are unattainable and we’re scared to go against the “establishment”, we’re scared to go head to head with the more established institutions. But when you can provide a different experience to a customer, you can start building you brand and go forward without hesitation.

Do you have any grand plans for your brand in the future?

Big plans! One day, LS Cream will be able to sponsor the world cup!

What do you say is the most challenging thing about starting your own business?

24 hours is not enough in a day. You need to be very organized and constantly be ready to be rejected and change directions very fast.

What advice would you give to new entrepreneurs?

Believe in yourself and stop dealing with people who don’t want to help you. It’s supposed to be hard, but it’s not supposed to be complicated. Minimize contact with anyone that doesn’t have the same vision as you.

Any future ideas and exclusives you can share with the readers?

Yes. We are going to launch two new formats next year. Stay tune to see what they’re going to be.

I think there’s a misconception about the fact that every time we see a Haitian product being modernized we have a tendency to think that there’s another culture behind its success. But things are changing and there is so much more Haitians like me that have great ideas and business acumen, and I think we’ll be able to beat this stigma by having a platform to get to know us more and by supporting Haitian entrepreneurs.

Pictures above courtesy of SawPanse from  LSCream’s Miami Tasting with Sensory Delight Catering.