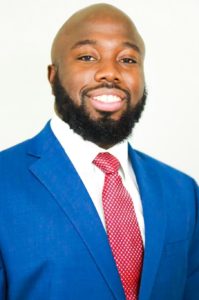 When we speak on the notion of generational wealth, it’s no myth that wealth is vastly unequally distributed across the United States. Black households make barely a fraction of the wealth of white households and that gap only continues to widen. Closing the racial wealth gap will require us to invest back into our own communities and Randy Louis is doing just that!

Regarded as one of the top 15% real estate agents in the world, Louis is convinced that real estate is the key to building generational wealth in our modern day. However, being a realtor wasn’t always in the cards for him.

Louis was born and raised in Washington D.C. to Haitian immigrant parents. He attended college on a Division 1 football scholarship to Youngstown State University where he received his bachelor’s in Business Administration. He continued his football career at Indiana University of Pennsylvania while working to obtain his master’s in Employment and Labor Relations. It wasn’t long after that Louis said ‘bye-bye’ to the yard lines and playbooks to start a new venture working in human resources.

He spent the next 7 years of his life working for the government in HR, elected by SHRM’s HR Magazine as one of the Top 30 HR Professionals under the age of 30. Nevertheless, Louis was pursuing a dual career working as a realtor on the side. It wasn’t until the pandemic that the D.C. native made the ultimate decision to become a realtor full-time, referring to it as “his calling”.

It was during this transition that he started his company, Block Shoppers, which focuses on “buying back the block”. He works to positively impact the community he serves through real estate mentorship in an effort to help families build generational wealth and become financially independent. His company helps people find programs to aid in purchasing properties without putting any money down. 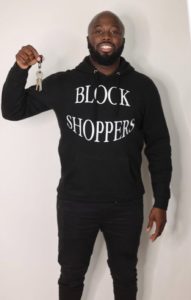 “This is what the white and Jewish communities are doing”, he explains. “They’re basically finding different lenders and people that allow them to buy real estate without using any of their own money. We as Black people have to start doing the same. The resources are out there for us and I’m trying to bring those resources to our communities.”

Louis shares the unfortunate truth that many real estate agents are well aware of these different programs that aid first-time home buyers. Even so, they’re more concerned with making fast money rather than doing what’s best for the client. Some of these programs can take time to complete but the outcome is worth it in the end. He reveals that he’s had clients in the past putting down only $2000 to purchase a multi-family house where their mortgage is paid for and they’re still making a profit afterward. He explains that this is all made possible through these programs.

For Louis, he makes it clear that it’s not about the money for him. It’s about getting the information out and being a resource to the community so that everyone can eat. He’s looking to change our narrative and encourage families to leave something behind for the next generation, just as he plans to do for his 2 kids. As an owner and landlord of multiple properties, Louis is now taking what he’s learned over the years and getting the knowledge out to those who need it the most. 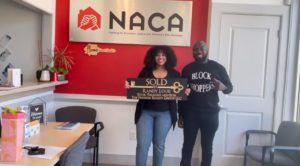 Be that as it may, with big dreams and high accolades, Randy claims that none of this would be possible without his parents.

“I’ve seen throughout the years how hard my parents work and it’s that same work ethic that gets me out of bed every morning. Being born to Haitian parents, they were big on education. Even in a low-income family, my parents put me through private school. My dad was a limo driver and my mom was making minimum wage but they still made the sacrifices necessary to put me through school and allowed me to be in an atmosphere where I could excel academically.”

“Everything I do is to retire my parents as well as put my kids in a position where they don’t have to ask for anything.”

It’s clear that Louis is putting the power back into our communities and with power, comes greater responsibility. When asked about the biggest mistakes he sees amongst our community when it comes to first-time homebuyers, he states that many people are trying to live beyond their means. “While it’s always nice to sport the hottest designer clothes or drive the new cars, we keep investing in things that don’t put money back in our pockets. Too many of us are trying to keep up with the Joneses instead of making investments that will be worth something in the next 10 to 20 years”, he expresses.

In acknowledging that social media plays a big part in this, Louis feels we have to learn to rise above the temptation. He points out programs like the Neighborhood Assistance Corporation of America (NACA) that have people buying houses for practically nothing. The mission becomes investing in something long-term instead of looking for things that will provide us temporary happiness.

“Many of our parents came to this country just happy to be here. To them, just getting by was seen as a life of success. That’s why generational wealth is not even part of our vocabulary. We’re stuck in this idea of living for the now and taking one day at a time instead of considering the future. As second generations, it’s up to us to change our stories and that starts with sharing the knowledge within our community. We’re not competing and that’s the part we get messed up. That’s what puts other Jewish or white communities ahead of us. We have to learn to work together. There’s money out there for all of us”.

While serving his community and “buying back the block” is at the top of Louis’s priority list, it’s certainly not the only thing he’s been up to in recent months. Just this past February Louis had the opportunity to collaborate with HGTV on their hit TV show, House Hunters.

After an extensive application and interview process, Louis was featured on an episode with one of his clients, Charron and Maurice, as viewers were able to follow along on the home buying process. 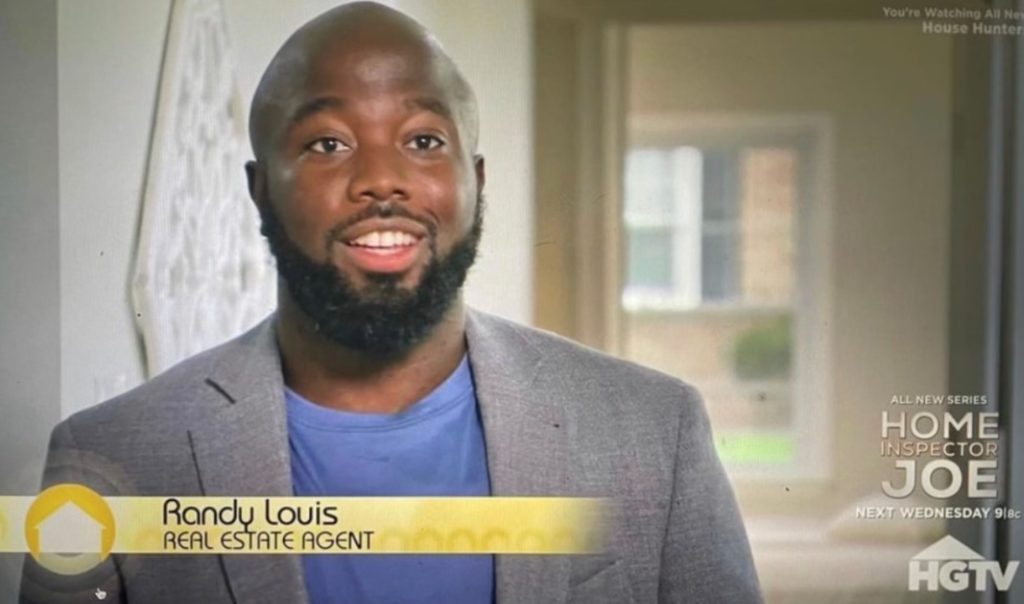 The episode follows a Coast Guard couple looking for a home in Washington, D.C. Charron is looking for a large single-family home with a big backyard where they can raise their 2 kids and have plenty of entertaining space for the family. However, Charron’s husband, Maurice is shaky about single-family homes due to his past. When Maurice was young, his mother could no longer make payments on their house and as a result, they lost their home. This experience leads to his desire in purchasing a multi-family home where renters can cover the mortgage.

“The episode was not only an incredible opportunity for me but it also aligned with my mission of creating generational wealth”, Louis conveys. “As a realtor, getting featured on a show like House Hunters is like winning a gold medal. It just felt good to be recognized for something I’m so passionate about.”

In looking toward the future, Louis hopes to continue to build his company and continue to spread his message. He shares that he’s currently going through the process of trying to launch a show called Block Shoppers which will serve as yet another resource for people looking for real estate all over the U.S. Nonetheless, Louis’s dreams go well beyond state borders. In being a witness to all the misfortunes going on in Haiti from natural disasters to political unrest, he hopes to one day put money back into Haiti and build infrastructures that will ultimately create jobs for residents of Haiti.

“I want to be able to create commercial properties and schools where my parents are from. I can honestly say that’s my ultimate goal. I may not be there just yet, but it’s definitely where I’m headed towards.”

Those interested in catching Louis’s episode of House Hunters can stream it either on Hulu or On-Demand!