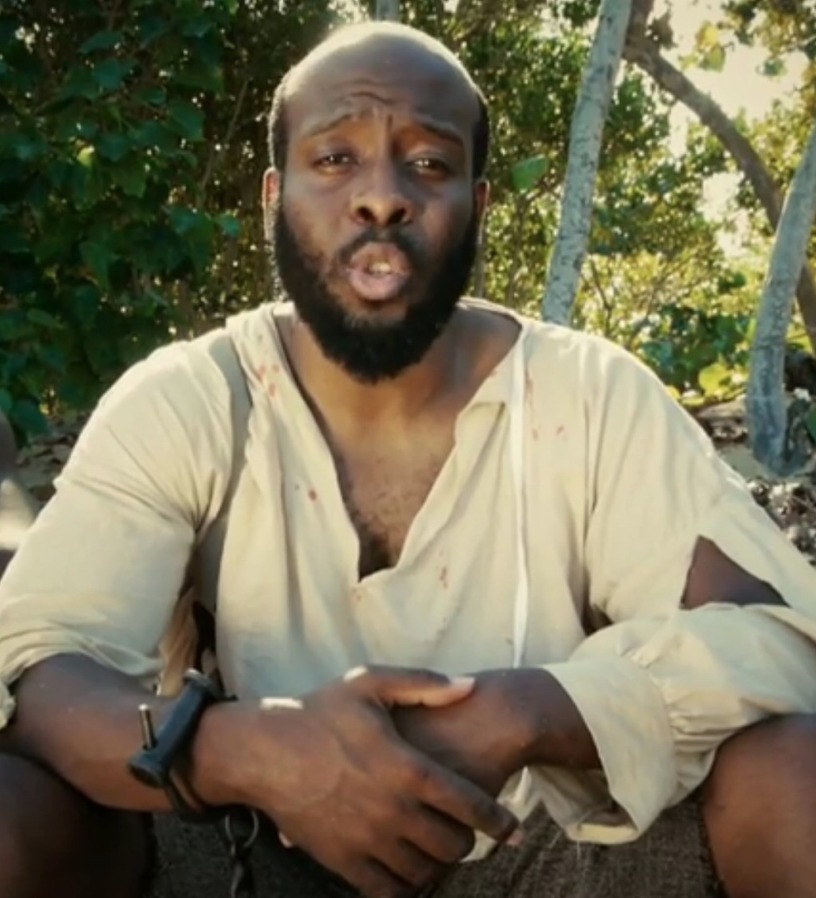 The ability to tell a story is nothing more of a small feat. However, the ability to authentically engage creatively with the human experience is something that isn’t as black and white. Through poetry, music, and visual narratives, Bernard Hyppolite manages to bring words to life and evoke emotion from his listeners, much like his new single Manman ap Kriye.

“Pain is something that drives my work. It’s therapeutic to hear somebody’s pain through their work because the relatability is there. I write about my pain but I put it in different people’s scenarios.”

Manman ap Kriye talks about a mother who has tragically lost her son to gun violence and is going through the stages of grief. The first scene in the music video depicts the mother in agony as she lays out her clothes for her son’s funeral. As you continue to watch you can quickly recognize that the video uses reverse chronology, whereby the plot is revealed in reverse order.

Hyppolite is intentional in how he formats this story. In introducing the ending first, the audience is hooked in. Viewers are immediately thrust into the story and characters without really knowing them yet. It very similarly parallels the stages of grief when dealing with the loss of a loved one. Often when someone passes, we’ll reminisce on the good times and remember what life was like when they were still here. The music video follows suit.

We are taken through a journey of flashbacks starting from when the mother was pregnant, as she’s seen caressing her stomach. The video jumps around through different stages of the young boy’s troubled life as viewers take witness to his upbringing and the relationship he shared with his mother. The video is about the journey and focuses on the how as opposed to the what, leading to a much more powerful message.

The skill it requires to tell such a beautiful story isn’t something that comes to you overnight and Hyppolite attests to that. He explains that music has been a part of him for the entirety of his life. Though he was born in Brooklyn, New York he lived in Haiti while traveling back and forth to the states every summer to spend time with family. He recalls recording music on MTV and BET during the summer only to bring those VHSs back to Haiti and became the known guy for music in his town. He admits that he was quite “Americanized” and while everyone around him was listening to kompa, Hyppolite remained fascinated with Hip-Hop culture within the states. It was one of the reasons he vowed to live in the states permanently when he turned 18.

“What started as me being a fan of Hip-Hop culture back in the 90s and admiring the greats like Tupac and Nas, became a ‘wait, I think I can do this. I started initiating a lot of these artists and that imitation turned into a passion where people started recognizing me for it. From then on it continued to grow into where I am today.”

He also shares that it didn’t just stop at music. By the time he moved to Brooklyn permanently, he’d often find himself going to poetry slams and admiring the art form. It wasn’t long till he found himself not only immersed in music but in poetry and spoken word too. Studying these different art forms became what he refers to as a “fusion” and he became unafraid to pull from all three areas in order to make music. It’s one of the reasons why he refuses to check himself under a box when asked what genre of music he writes. Though he pays homage to Hip-Hop especially when it comes to his rhyme structure, within his instrumentals you can almost always hear the essence of Haiti. Hyppolite has recorded songs in English, French, and Creole testifying to his musical range and expertise. Rather than give a name to it, he allows his listeners to interpret it for themselves. 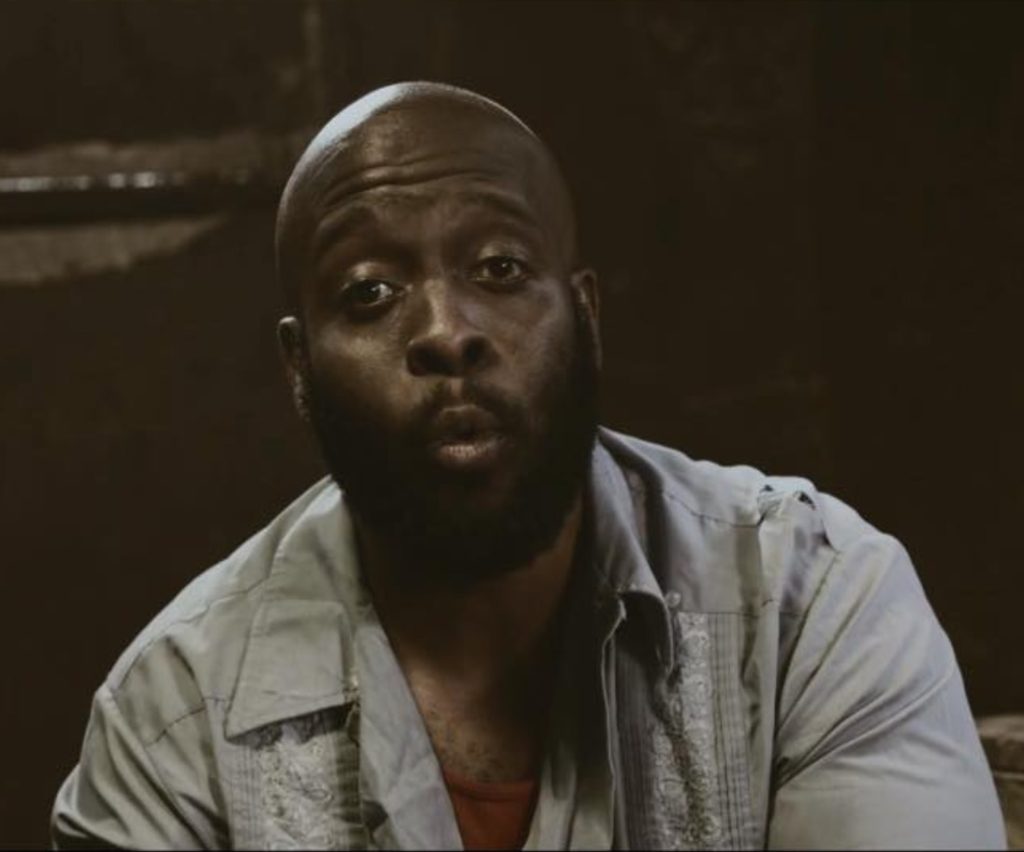 Hyppolite is heavily influenced by storytellers and often refers to himself as a “modern-day griot”. Griots are musicians, oral historians, praise-singers, genealogists, and storytellers found in West Africa. They are considered hereditary artisans of the spoken word. According to an article by Patricia Tang on the basis of African music, in 1352 the description of a griot’s job was to assist the king and nobility and transmit the genealogies and histories through music and verbal arts. They had the power to praise or critique individuals which made them revered and feared. Oftentimes, parallels are made between griots and what we know today as rappers.

“As a Chrisitan artist, I believe the Lord has gifted me with the ability to tell stories”, Hyppolite shares. “I find myself telling these stories and most of the time I use Haiti as my context. I idolized people like Maurice Sixto, who was one of the pioneers of Haitian storytelling.” 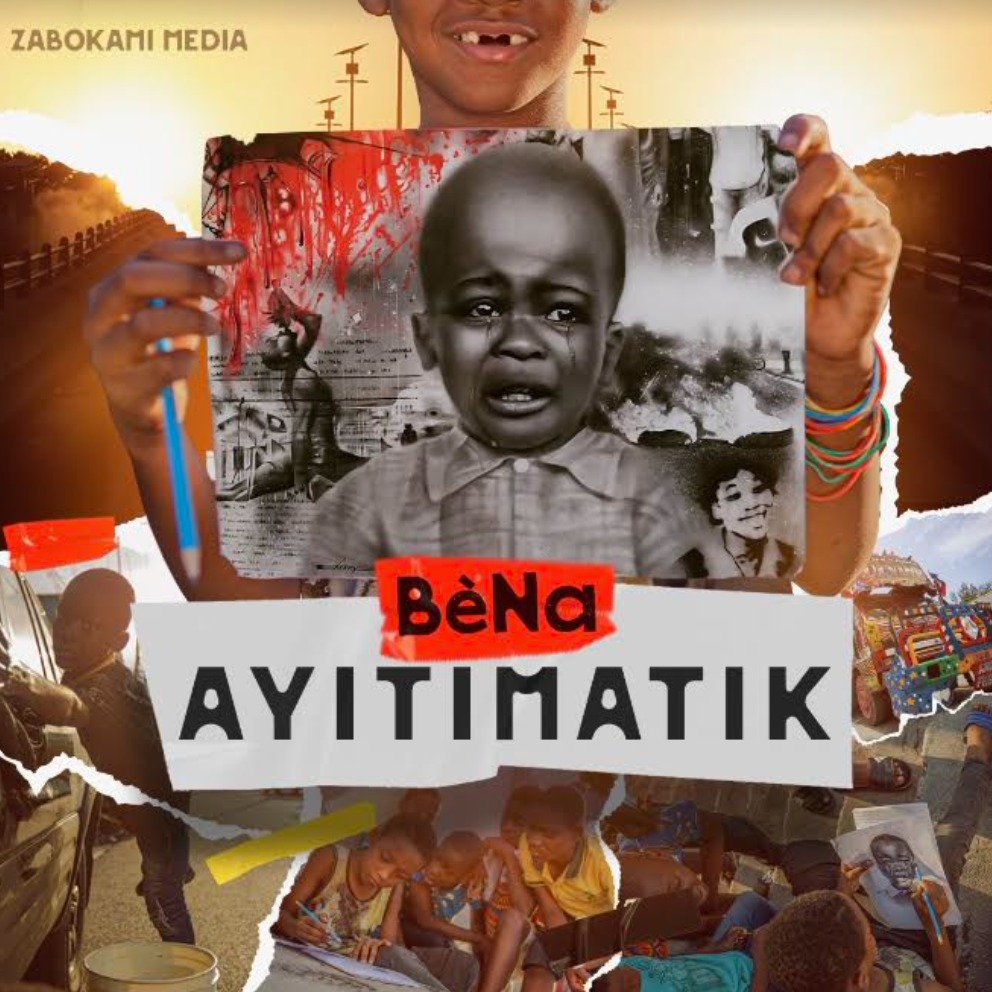 As a young boy, Hyppolite never understood why his mom chose to keep him in Haiti, and in fact, he hated living there as a child. He recalls going to the states in the summer with his cousins and playing video games all night only to go back to blackouts come September. It wasn’t until he got older that he realized exactly what his mother was doing. Growing up with a Haitian background, he now realizes how important it was to keep his culture and stay true to his roots. Now as an adult, those same roots are what charge his passion for storytelling, and for that Hyppolite states he is forever grateful to his late mother.

When creating characters for these different stories, he discloses that each character has a piece of him. While the scenarios may not be his actual life story, Hyppolite shows up in his work in more ways than meets the eye. In Manman ap Kriye we see a single mother raising a young boy who gets acquainted with the wrong crowd. He finds himself involved in the streets and ultimately ends up being murdered. He clarifies that his intention was not to focus on the murder but on the grieving mother.

“I wanted to hear the grieving mother cry because it’s something we haven’t heard yet.”

He adds that elements of himself can be found within this character because grief is universal. In channeling his own emotions with handling grief, he was able to make this character come to life and show up authentically in the music video.

Nonetheless, the actress who’s seen playing this role of the mother is also channeling from personal experience. Hyppolite reveals that she knows exactly what it’s like to lose a child because she in fact has lost a child through murder. All these components come together to tell this beautiful story and make it relatable to anyone who chooses to watch. It’s one of the things that make Hyppolite’s artistry so unique and rare. 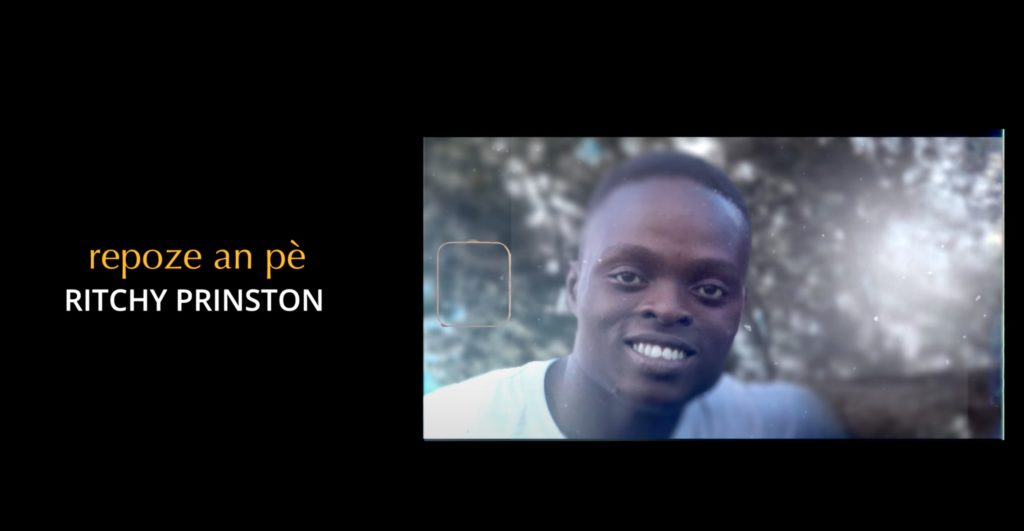 “People may not be able to appreciate the hard work that goes into doing what I do, but I do it nonetheless. My new album that I just dropped features an ensemble of stories that are all interconnected with the different characters. When you listen to the entire album it’s almost like you’re watching a movie because I’m so intentional in the way I tell these stories. I actually see myself one-day making movies; that’s my ultimate goal. If you see my work they’re my precursors to that. One day I want to be able to create a platform where I’m able to share my art with the entire world.”

Click here to check out Bernard Hyppolite’s new music video, Manman ap Kriye, and to tune into more of his work, head to your favorite music streaming platform!