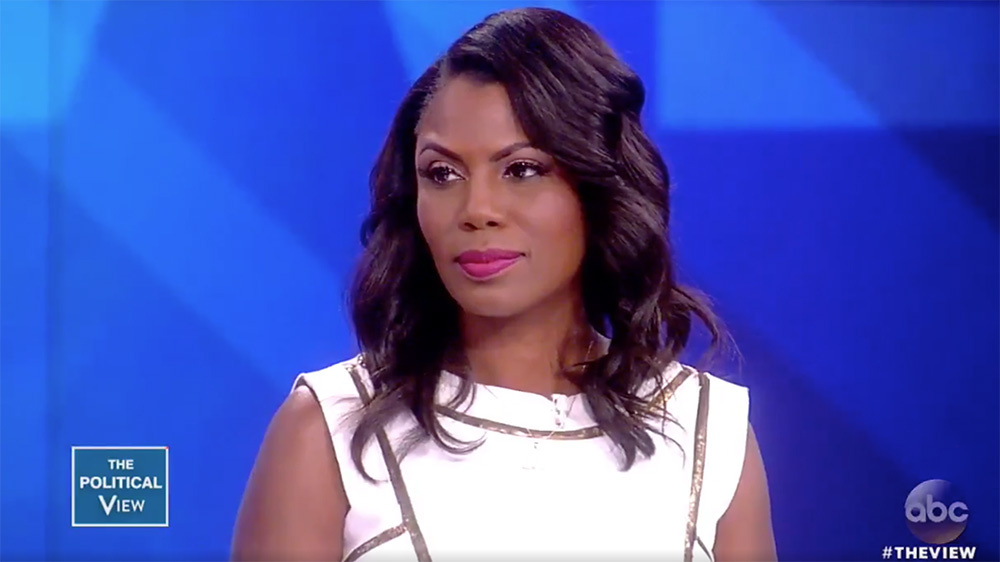 During her interview, ” The View” co-host Sunny Hostin asked Omarosa about a specific incident she claims happened in her book. She writes that when she organized a delegation to Haiti for the February 2017 inauguration of President  Jovenel Moïse and Trump dismissed the Caribbean nation using some very explicit terms.

When I told Trump that I was going to Haiti, she writes, he demanded: “Why did you choose that shitty country as your first foreign trip?”

“You should have waited until the confirmations were done and gone to Scotland and played golf at [his course] Turnberry.”

“He couldn’t understand why I was so passionate about helping the people of Haiti,” Omarosa told her “View” hosts. “I had to remind him about his campaign commitments that he made to the Haitian community. I had to remind him that we have an obligation as the wealthiest country in the world, to take care of the poorest country in the world. And he was like, ‘Well I think you should go and wait till K. T. McFarland is confirmed and go to a better country.’ ”

In January, “The View” co-host, whose Husband is from Haiti, unloaded on POTUS for his remarks about the country. Sunny Hostin didn’t sugarcoat it on “The View,“ saying Donald Trump’s latest controversial comments led to her realization that the president is a racist.

My husband is Haitian. My children are Haitian. I am disgusted by the racist comments made today by @realDonaldTrump. He owes me, my family, the wonderful people of Haiti and the American public an apology. I’m waiting………