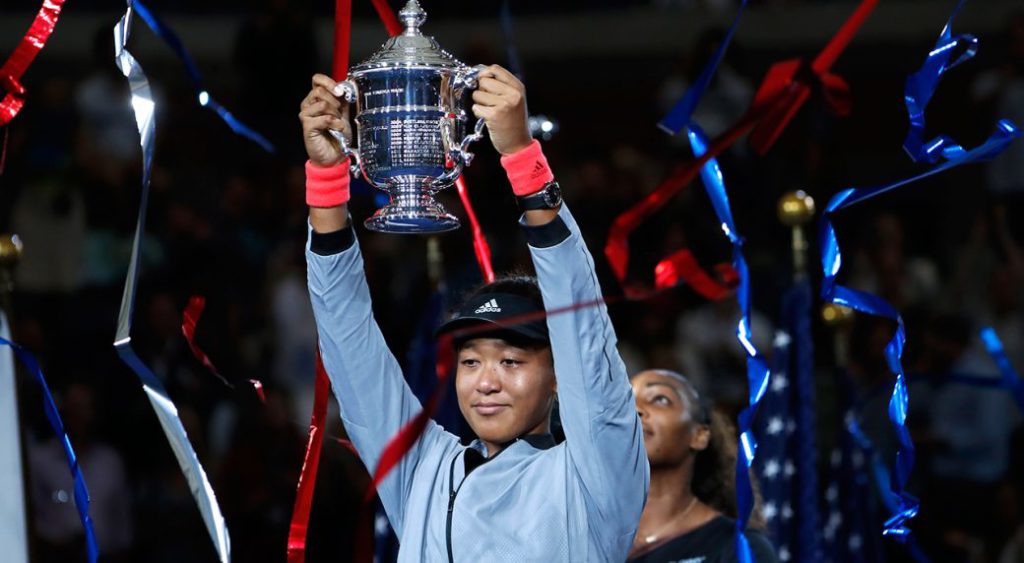 Naomi’s reign is just getting started.

Less than a week after she topped Serena Williams in a controversial US Open final to became the first Haitian and Japanese player to win a Grand Slam title, the 20-year-old Osaka just might be the next face of Adidas.

Osaka already currently has a deal with Adidas that has been on for four years and is valued in the low six figures annually. Osaka’s agent Stuart Duguid has told The Times, Osaka’s apparel sponsorship deal expires at the end of 2018 and Adidas is moving quickly to hold onto the 20-year-old.

As London’s The Times reported,  this year’s women’s champ is set to sign a new clothing deal with the company, and not just any clothing deal — the largest in the history of women’s tennis, worth $8.5 million per year:

“Osaka, from Japan, already had significant marketability as an Asian star, and that will only increase after her US Open success. The 20-year-old’s clothing contract with Adidas is up for renewal at the end of this year, while an announcement is due on Thursday on a new partnership with a global automobile company. Bonuses will now (also) be triggered in her existing deals — Yonex, Citizen and Nissin Foods Group are among her sponsors.”

Additionally, the endorsement will make the 20-year-old the second-highest paid female athlete in 2018, behind Serena Williams.

Osaka will also team up with Japanese car company Nissan.

Just days after her first Grand Slam championship, Nissan named the 20-year-old tennis player its newest brand ambassador. Nissan announced the partnership and Osaka was present at signing event at the company’s headquarters in Yokohama, Japan, marking one of Osaka’s first appearances in Japan since winning the title on Sept. 8.

As part of the partnership, Osaka will appear in global promotions and advertising for Nissan, and Nissan will support her activities as a tennis player, including providing Nissan vehicles at her tour destinations.

“Growing up, my dad drove a Nissan, so being able to be a brand ambassador now, it feels like I’ve come full.

“This week has been a dream come to life, and I’m so honored to represent Japan and Nissan on the world stage,” Osaka said. “I was drawn to partner with Nissan because of its strong Japanese DNA and global competitive spirit. The brand is always challenging expectations, and I look forward to bringing its vision for driving excitement to new audiences around the world.”

Osaka’s Grand Slam has attracted multiple brand sponsorship aside from Nissan. She has also partnered with, Yonex, Nissin Foods, Citizen, and the Japanese equivalent of HBO Wowow.