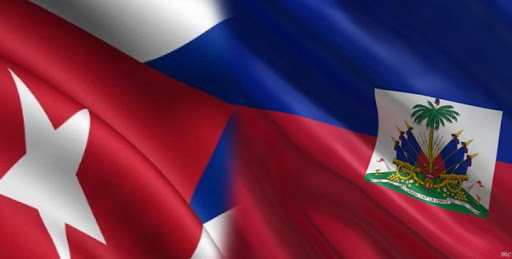 It’s no secret that Haiti our beautiful island and country has been found in the history of so many other nations around the world. It’s not with prejudice or without calculated reasoning that we proclaim Haiti “to rich to be poor”. Whether the influence is of music, and dance, spices, food, and war, it can be said that Haiti, can be fitted as a trailblazer, an ally or “The First”.

Despite many attempts of countries, either sore losing or ignorant, the truth and history about Haiti’s mark on the world can still be seen here today. Evidence in our walk, in our hearts and in our speech, language has always been, since the beginning of time a secret keeper to mysteries of a time period. With every tongue flick and with every accent we are telling on ourselves of just much we remember of times passed. So can many others especially in the Caribbean. Cuba being no exception.

The paths of Cuba and Haiti have crossed many times in the past the most notable introduction of Haiti’s culture and language is when French and Haitians with the arrival of Haitian immigrants to the country.

According to historians and documents that can be found on Afrocubanweb, Haitian culture, French and Haitian Creole languages first entered Cuba with the arrival of Haitian immigrants at the start of the 19th century. Haiti was a French colony, and the final years of the 1791-1804 Haitian Revolution brought a wave of French settlers fleeing with enslaved Haitian/Africans to Cuba. They came mainly to the east, and especially Guantanamo, where the French later introduced sugar cultivation, constructed sugar refineries and developed coffee plantations. By 1804, some 30,000 French were living in Baracoa and Maisí, the furthest eastern municipalities of the province.

With Haïti having a strong presence in Cuba, from this wave, came the Tumba Francesa and the Haïtian roots music in Cuba.  Haïtian tradition contained a strong strain of Dahomey and Congo, both of which are present in western Cuba as well. Haïtian Rada is Cuban Arara, the Dahomey tradition.

Again we see an influx of Haitians in Cuba in the early 1900s that were brought in to help cut sugar. Unfortunately, around 1921 and again in 1937, when the market for sugar fell, they were simply kicked out and sent home, a time that was highlighted by Cuban Film Maker, Gloria Rolando, in the documentary “Reembarque” (Meaning Reshipment).

The neocolonial logic that resided with the people of Cuba, lifted after years of Haitians and their descendants in Cuba didn’t identify as Haitians because of discrimination to be met at the association with the island. That persecution becoming nearly non-existent when Fidel Castro came into power in 1957. By then, Cuba was perhaps the only country to have welcomed so many Haitians fleeing the persecution of the Haitian elites and savage regime attacks. There, reportedly over 300,000 recent arrivals in Cuba.  And Creole, which is still spoken by descendants of the earlier waves, is Cuba’s second language, with a Creole radio program in Havana.

The majority of the Creole speakers that live in Cuba have never been to Haiti and do not possess Haitian ancestry, but merely learned it in their communities. In addition to the eastern provinces where they reside, there are also communities in Ciego de Ávila and Camagüey provinces where the population still maintains Creole, their mother tongue; due to the earlier influx in Haitian immigrants.

Haiti’s Influence and culture is alive in Cuba. There are several Haitian cultural organizations in Cuba such as Bannzil Kreyol Kiba, in addition to a number of Haitian roots groups playing in Cuba, including Ban Rrarra and Desandann. Classes in Creole are offered in Guantanamo, Matanzas and the City of Havana. There is a Creole-language radio program and Haitian immigration to Cuba has increased since a re-establishment of diplomatic relations in 1997.

Ayiti, what can be said, apparently many things, and in the same language.

We are small in size but with influence the size of the world.