Eric André born April 4, 1983 is a Haitian American talk show host. He is the creator and star of the The Eric André Show  which airs on the Adult Swim lineup of the Cartoon Network. He also was a co-star on the cancelled ABC comedy series Don’t Trust the B—- in Apartment 23. His father is Haitian and his mother is Jewish.

Originally from Boca Raton, Florida, Eric André now lives in Los Angeles by way of New York and performs live almost every night of the week. Andre brings a manic energy to the stage, combining autobiographical experiences, politics, and experimental psychedelic rambling. He has been doing stand up and sketch comedy in New York and Los Angeles since 2004, but began his career in Boston while attending Berklee College of Music. André was a finalist in NBC’s Stand Up for Diversity showcase and has also performed at HBO’s Aspen Rooftop Comedy Festival. Television appearances include Comedy Central’s Live at Gotham , Hatin’ on ’09 on MTV, “The Eric Andre Show”, “Don’t Trust the B—— in Apartment 23”, “Curb Your Enthusiasm”, “Hot in Cleveland”, “The Big Bang Theory”

Recently, he is featured in the documentary/comedy special The Awkward Comedy Show premiering on Comedy Central.

Watch This Interview to hear Eric refer to himself as BlueWish, Haitian, Black & Jewish.

I’m not sure if they are still together but Andre was spotted with Tatyana Ali last year at the Chris Paul Celebrates GQ Cover Hollywood Party and they confirmed they were dating. 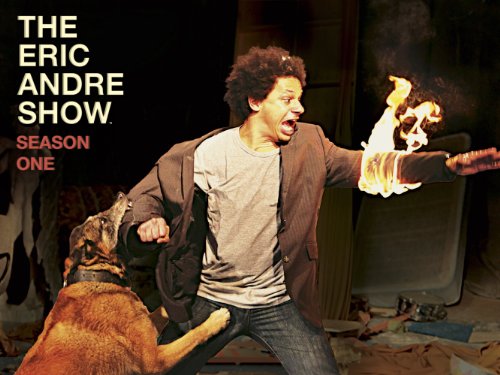