Coincidentally, the Association of Caribbean University Research and Institution Librarians began its four-day conference Sunday with 150 participants in Petionville. This is only the second time in that organization’s 46-year history that it is meeting in Haiti, said Elizabeth Pierre-Louis Augustin, who is Haitian and this year’s president.

Like Davis, many of the 650 scholars who presented at the conference have never been to Haiti, so in addition to talking about Haiti’s history, the scholars had a chance to see and experience the country. 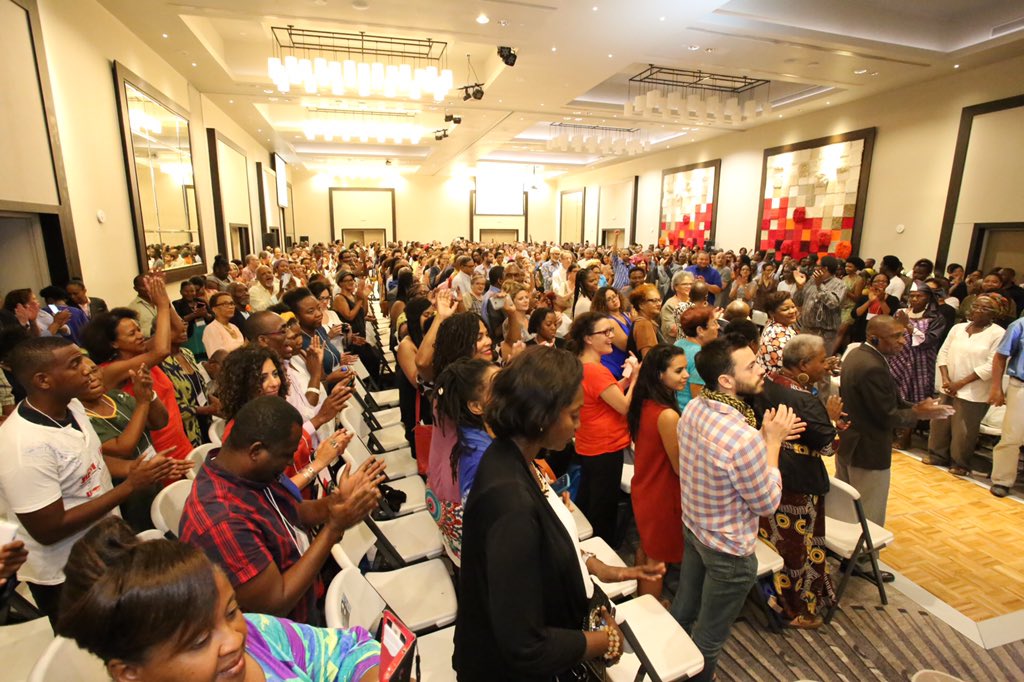 According to online reports, 701 individuals  registered and the scholars hail from universities across the United States, Latin America, the Caribbean and Australia. Discussion topics include titles such as “The Experiences of Jamaican female workers in the Cayman Islands,” “The Emerging Haitian Diaspora in Brazil,” “Migratory roots and routes of music of the Caribbean diaspora,” and “Beyond Hegemony: Haiti and the Ideology of Occupation from U.S. to UN.”

Dupuy and fellow Haiti-born academic Robert Fatton of the University of Virginia both discuss one of the conference’s more popular topics, the unequal economic relationship between Haiti and the Dominican Republic, which share the island of Hispaniola.

Here are a few photos I could find fro the event this past week.
Facebook Comments