Angela Kohn (born November 24, 1978), better known as Jacki-O, is a Haitian American rapper from Miami, Florida, who is currently signed to her own label Jack Movement Entertainment. She got her first break in 2003 with the bawdy sex rap “Nookie” which garnered the MC comparisons to fellow Southern rappers Mia X . Although it was the first time that many had heard of Jacki-O, she kept a high profile, prior to her radio and club successes, with several appearances on Miami-area mixtapes. The success of “Nookie” led Jacki-O to discuss a similar subject matter on her second single, “Sugar Walls,” released in 2004 in anticipation of her debut album, Poe Little Rich Girl. Jackie-O has also worked with WWE & Jim Johnston in producing vocals for some of their theme songs, including Michelle McCool, Candice Michelle & Stephanie McMahon.

In 1999, Jacki teamed up with PoE Boy Entertainment to obtain a recording contract; in the process, she released helped established Poe Boy first mixtape, entitled The Official Bootlegg. It went on to sell over 70,000 copies and was downloaded over 200,000 times. Subsequently, she released her first music video, “Nookie”, which became her biggest hit to date. 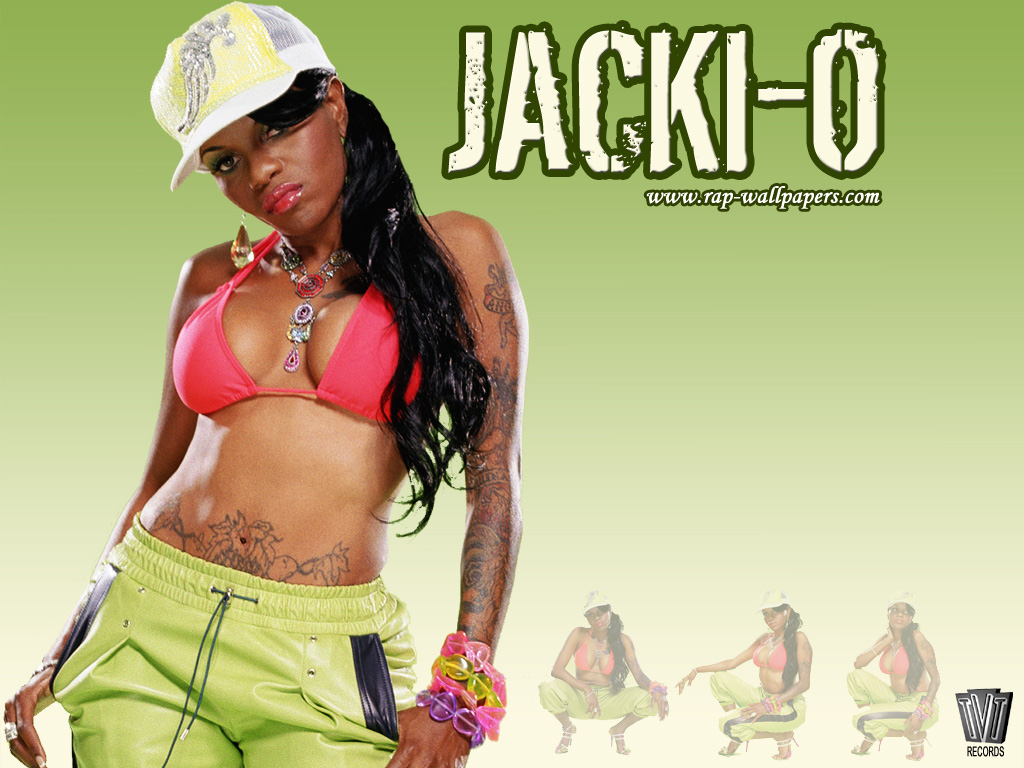 In 2004, Jacki-O was signed to TVT Records, whereupon she released another music video, “Fine”, (featuring the Ying Yang Twins), as well as two more singles, “Slow Down” and “Sugar Walls”. Her debut album, Poe Little Rich Girl, was released October 26, 2004,selling 20,345 in its first week.

Her next mixtape, released two years later in 2008, was entitled Jack-Da Rippa and featured the singles “I Got Yo Man”, “3rd Eye”, “Cool It Now” and “Queen Of The South”. This led to a recording contract with her own label imprint Jackmove Ent. the next year, where she released Lil Red Riding Hood, featuring her newest single, “Baby Mama”, as the lead-off track. Following this, she released a mixtape entitled BBBP (Bad Bitches Bang Pink).

In March 2010, Jacki-O announced that she is gearing up for the release of a new street album/mixtape, titled Griselda Blanco, which she plans to release digitally. The first single released from the mixtape was entitled, ‘Bang Bang,’ and was a rumoured verbal attack on fellow female rapper Lil’ Kim.

Jacki-O’s first novel is called Grown & Gangsta (2008), an “urban tale”.She is currently working on an autobiography called Relentless (est. 2010), in which she will “detail her life growing up in Miami, her rise to fame as a rapper, and her charity work with people with disabilities. – SOurce

I always wondered what happened to her? Growing up in South Florida, Jacki was a very big deal when I was in high school. At a time when being Haitian wasn’t so cool, Jacki was one of the few proud Haitian artist in Miami and people loved her for how vocal she was about it. Her music was not allowed in my mothers house, lol, But it was nice to see a Haitian female rapper in the industry.