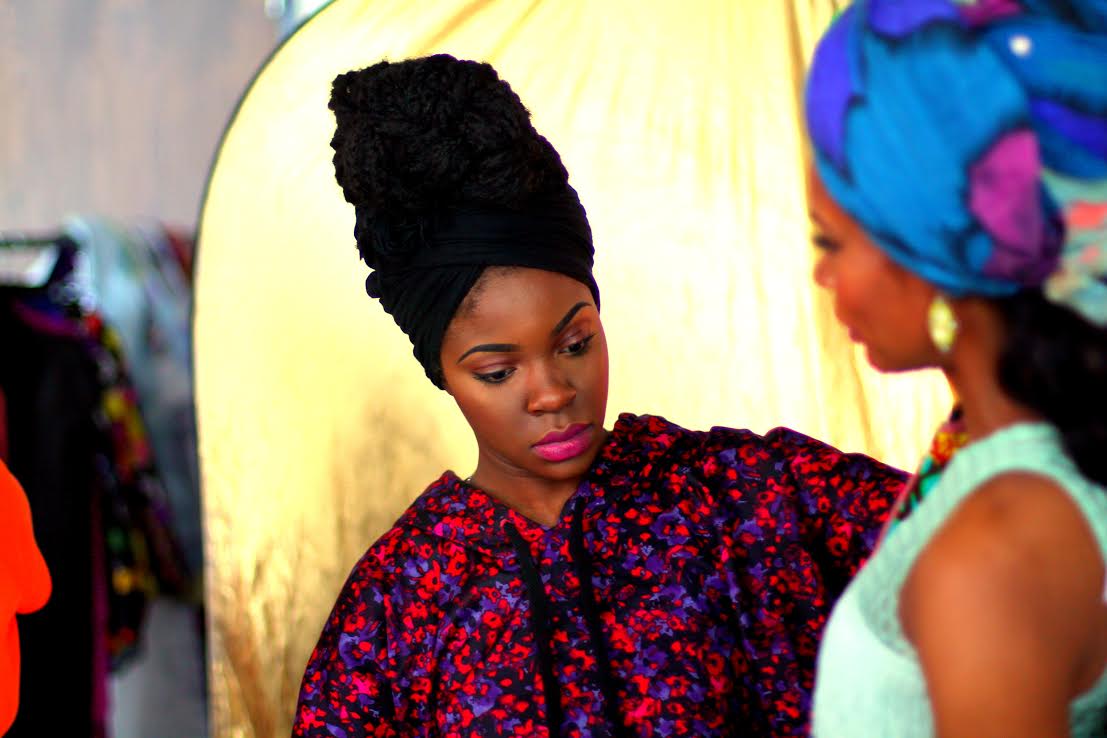 I think my friends and followers would describe me as eccentrically refreshing! My craft is fashion design but my recent opportunity to be featured on a nationally recognized television show (House of DVF | E! Online) has expanded my vision and right now sky’s the limit! I am a young female artist whose career is mainly fashion.

I am Haitian and I was born in Aquin. My family however, is from Lazile, which is an deyor. As a wardrobe stylist I’ve styled Haitian celebrities and their music videos for about half a decade now. From JBeatz “It’s getting late” to Richie’s “Bagay 9” and even Identity’s “Ke’m ap Rache”. I currently live in Orlando but I have plans to relocate soon.

1. My motivation to get my career off the ground was my mentors! Man, they were on me every photo-shoot to stay professional, be punctual and to have thick skin. Not to mention my parents, who although nurtured and loved me unconditionally; made my “unorthodox” career choice a difficult endeavor. It became my motivation, to prove them wrong and succeed and excel in my industry. Which I am STILL doing.

2. When I think about how my culture influence my style the first thing that comes to mind is “Se pa tout chien k’ap jape, pou’w vire gade.” This amongst other Haitian proverbs adds sassiness and confidence to how I carry myself and style. I wear what I want and I make it look good regardless if it’s in, out, or never was. At this point I’ve accepted myself as an “Acquired taste”. Not everything you wear, people are going to love, but when I put it on you can’t help but to ask me where I got it.

3. Call me greedy but I still haven’t made it, at least not in my eyes. My “I made it” moment probably won’t happen until my parents have a vacation home in two countries, with no debt and my brother is in school with no knowledge of Sallie Mae. In other words, I haven’t made it, until my team has also.

4. My dream client would be Stella Jean. She’s so dope!!!! Not just her style, but her movement. I would love to be apart of her team and style a campaign for her brand, creating some crazy looks.

5. My feelings on current trends? Don’t make me scream; can we get rid of the shiny tight cat suits and neon colored spandex midi dresses that are all over the place.

6. To be quite honest, I don’t think there’s much of a response to my work when it comes to the Haitian American community. I mean sure, I was a Haitian on a worldwide TV show that aired on a major network, which created some buzz. But I don’t know if the Haitian community has embraced me yet for the simple fact they don’t know what it is that I actually do. I feel like the culture doesn’t highlight my craft or industry and does not deem it as practical as the Americans.

8. A talent or skill most people would be surprised to learn I possess is dancing and singing. I can dance and sing really well.

9. My favorite thing about being on a reality show was being able to meet some awesome people and my least favorite thing was the fact that once you’re on TV, everyone has an opinion.

10. The most challenging thing about my field of work in this day and age would be the industry being over saturated with individuals claiming to be something they’re not. Social media has had a heavy hand in this as well. I had a well-known stylist tell me, “Just because you can dress yourself, doesn’t mean you’re a stylist. A blogger maybe, but not a stylist.”

She’s right; some people naturally have style, and at times, it’s just personal. Some people confuse their personal preferences to how they style others. It can work for a while, but NOT when you want to be commercial. And that my friends, is where it gets difficult to claim you’re a stylist, without getting the side eye.

Abs is currently working on her  collection for the fans who love her pieces, you’ll be   able to purchase what she calls her dope stuff. Abs is scheduled to be in Miami, Florida for four weeks in April styling on the set of a feature film. You can follow her social networks to keep up with where she’s partying, having lunch and what boutiques she’s shopping in.