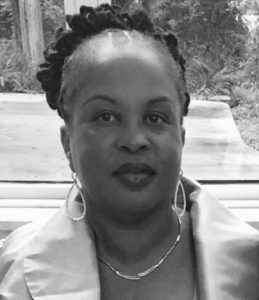 Astrid Desrosiers is an Assistant Professor in psychiatry at Harvard Medical School. She is presently a Clinical Assistant at the Bipolar Disorder and Research program of the Massachusetts General Hospital in Boston, where she is involved in clinical research and treatment of patients. Dr. Desrosiers is also the Medical Director of the Haitian Mental Health Clinic at the Cambridge Health Alliance in Cambridge, Massachusetts.

Dr. Desrosiers is a lecturer in Psychiatry at the University of Cape Coast Health and Medical Sciences, Cape Coast, Ghana and is on the board of Kwen Sante, a non- profit organization that aims to decrease health disparities in the Boston area by empowering Haitians through health literacy.

Astrid Desrosiers obtained her medical degree from the State University of Haiti. She completed her training in psychiatry at the Cambridge Hospital Adult Psychiatry Training Program affiliated with Harvard Medical School. Dr. Desrosiers has a master’s in public health and a certificate in global mental health from Harvard University.

In 2009, a patient at a Massachusetts General Hospital bipolar clinic stabbed Dr. Desrosiers  during a treatment session and was then shot dead by an off-duty security guard, in a frantic scene that a colleague later described as “every psychiatrist’s worst nightmare.’’

A law enforcement official described a harrowing scene in which patients and staff could hear Desrosiers’ sudden screams from inside a treatment room just after 2 p.m., prompting people to race toward the exits.  Two weeks after the stabbing, Dr. Astrid Desrosiers returned home with casts on both forearms and deep scars and  enough strength to walk through her front door.

“She’s just happy to be back home,’’ her husband, Claude, said after escorting her inside. “She looks forward to getting back to her patients. She loves her patients.’