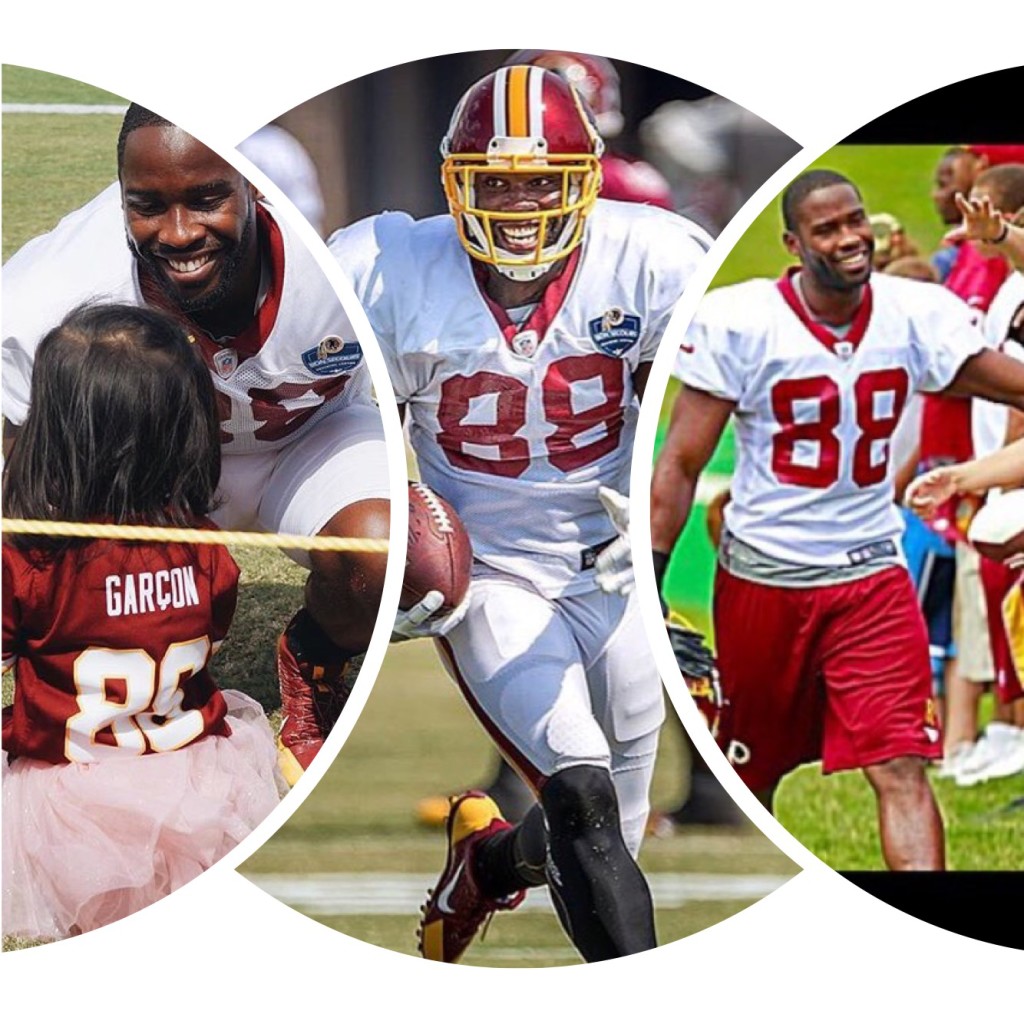 Today is Haitian-American, Washington RedSkins wide receiver Pierre Garçon’s 28th birthday. In honor of his birthday, L’union Suite is celebrating by sharing my recent interview with him while in South Florida during his training break.

In the interview shot at his home during a jet ski party, Pierre talked about his career, bringing the Haitian flag out on the football field a couple of years ago, his new “SpinFire Pizza” business and growing up Haitian.

Pierre Andre Garçon, born August 8, 1986 in Carmel, New York is an American football wide receiver of Haitian descent who plays for the Washington Redskins of the National Football League. He was drafted by the Indianapolis Colts in the sixth round of the 2008 NFL Draft. He played college football at Mount Union College. Garçon attended High School at John I. Leonard High School in Greenacres Florida, where he played football, soccer and competed in track. Garçon began playing high school football his junior year, not even becoming a starter until his senior season.  On March 13, 2012, Garçon signed a five-year contract with the Washington Redskins. Garçon was an instant threat in the Washington offense, leading the team in receptions in 2012 and 2013. – Pierre Garcon Site