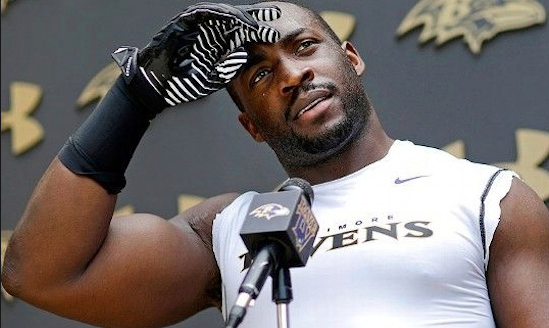 Dumervil funded a project to build 58 homes, (corresponding to his jersey) and he’s accompanying New Story Charity this weekend to survey the progress of his rebuilding project and see the first few families move from the slums into their newly built houses in Bercy, Haiti.

Dumervil didn’t want to just write a check, he wants to be there to witness the building efforts for him.

According to New Story Charity,  an organization that builds homes in crisis areas, they believe there are 85,000 people who are still homeless due to the quake  and 200,000 more are living in slums.

Both of Dumervil’s parents were born in Haiti, meaning he is a first-generation American. His mother, Maria Noel (Dumervil), came to America when she was 21 years old and his father, Frank Gachelin, migrated at 25. Dumervil was raised in a tiny triplex in a transplant neighborhood called Little Haiti in Miami. He learned to play football in the streets.