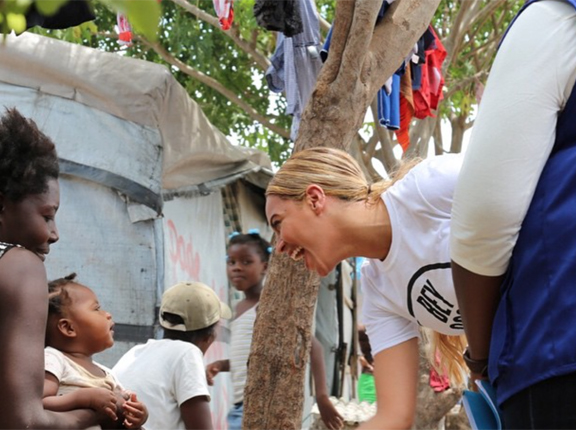 On Saturday, as Haitians were preparing to celebrate Compa Fest in Miami and Haitian Flag day on Monday, pictures of Beyonce’s Humanitarian trip with the UN in Haiti went viral.

As the  pictures circulate through the internet with the super star wearing a shirt with the logo of her charity organization, BeyGood, there were mixed feelings about her visit. While many people applauded her visit, others thought it was just another photo opt for her and the UN.

This is not the first time Beyonce have reached out to help Haiti. in 2011, she made a $1 million donation to the Clinton Bush Haiti Fund following criticism of her performing at a concert funded by a son of former Libyan leader Muammar el-Qaddafi.

Beyonce was in Haiti recently to check out some of the progress made since the 7.0 magnitude earthquake struck the country five years ago. Haiti U.N. mission spokeswoman Sophie Boutaud de la Combe told The Associated Press Saturday that the pop queen was able to “meet with some of the people who were affected by” the devastating earthquake that claimed as many as 300,000 lives.

Though the dates of the trip were not disclosed, on Sunday the 20-time Grammy winner posted photos from her visit on social media, alongside the caption “Haiti humanitarian mission” and hashtag “#Beygood.”

The black-and-white and color photographs show the singer wearing a t-shirt emblazoned with the name of her charity, Bey Good, while meeting with doctors and patients at a hospital, touring communities and passing out coloring books to children. 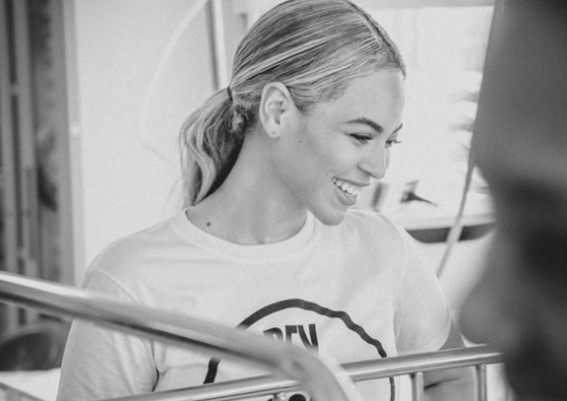 In  this article  from The New York Times, many people were skeptic about Beyonce’s visit and commented on the American Embassy’s Facebook with comments like the ones below,

The American Embassy in Haiti wanted to show a notable visitor — in this case, the pop superstar Beyoncé — some of the progress made since the 2010 earthquake. So it did what many people do: turned to Facebook this weekend to ask for advice from the 119,000 people who have “liked” its page.

It ended up with a lesson in the perils of crowdsourcing, especially for a government whose long history in the country always fires up passions. Many took the occasion to post skepticism with the parade of such celebrity visits and frustration with the pace of rebuilding in Haiti, reflecting the strong sentiment there that things could be a lot better five years later.

“Just another celebrity photo opportunity,” griped one user, La’Keba Garcia, who said she was a frequent visitor to Haiti.

“The us embassy should know better than us, with the usaid project that u pretend to have for helping Haiti,” wrote Sassoue Jean, referring to the United States Agency for International Development, which has received critical reports on its projects in Haiti. “U are not helping Haiti you just dont want us to make progress.”