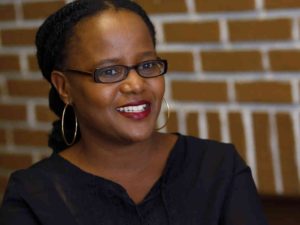 The City of Miami, Little Haiti Cultural Complex (LHCC) will be hosting a vigil on Thursday, January 12, 2017 to commemorate the seventh anniversary of the earthquake that devastated Haiti in 2010.

It is the Complex’s fourth year hosting the honorary vigil, which will begin with a candle-lit procession led by Fanm Ayisyen nan Miyami (FANM) at 4:30 p.m. from the Toussaint Louverture monument on 62nd St. and N. Miami Ave. to the LHCC courtyard. The vigil will immediately follow at 6 p.m.

The event will unveil a dedicated memorial wall on the LHCC campus, a project that has been in the works for the past three years. The dedication ceremony will feature a special dedicated poem, written and read by Edwidge Danticat, an award-winning novelist of Haitian decent. There will also be a blessing of the wall and a candle-lite prayer.

Following the dedication will be an inter-faith prayer and memoriam service led by the Florida Haitian-American Christian Leaders Association. The vigil will then be closed with a traditional “boullion” vegetable and meat stew supper.

The Little Haiti Cultural Complex (LHCC) is a division of the City of Miami committed to presenting and preserving Afro-Caribbean cultures‚ inspiring the next generation of leaders and leveraging arts and culture as tools for transformation and community building. For more information, visit www.littlehaiticulturalcenter.com. 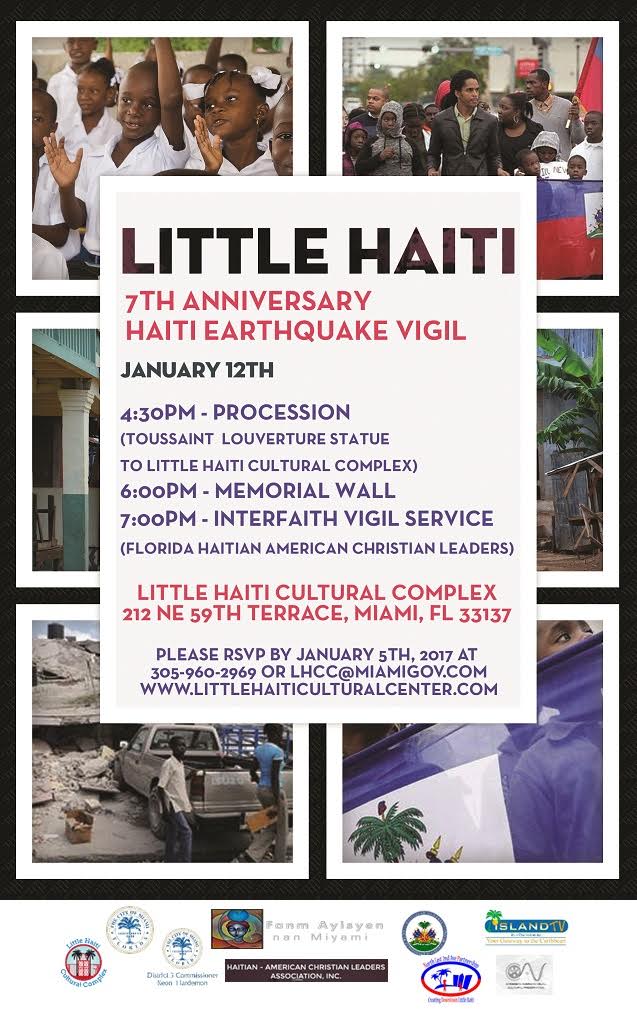