On Thursday, May 17, 2018, the Embassy of Haiti participated in the 10th-anniversary edition of the Embassy Chef Challenge, held at the Ronald Reagan Building and International Center. As one of the largest global culinary events, the annual competition brings together hundreds in the Washington, DC community for an evening of cultural diplomacy. It is a unique opportunity for participating Embassies to feature and promote their culture through cuisine, music, and for the guests to sample flavors from around the world.

Back in 2017, the Embassy of Haiti, represented by Chef Cynthia Verna, competed against more than 30 countries and took home the People’s Choice Award. This year, the Embassy was represented by Chef Jouvens Jean, who was the Chef in residence for the Embassy’s cooking class series in February 2018. While in Washington, Chef Jouvens also did a culinary demonstration of Haitian cuisine at the Smithsonian’s National Museum of American History on February 10th.

Prior to this year’s Embassy Chef Challenge, Chef Jouvens made an appearance on Fox 5’s “Good Day DC” program on May 16th, alongside Chef Cynthia Verna and Ambassador Altidor, for a cooking demonstration. The 10th annual Embassy Chef Challenge was held the following day and Chef Jouvens was one of three winners of the Judges’ Choice Award. The Chef prepared a coffee-rubbed sous vide goat tenderloin with Creole sauce sphere, Haitian cinnamon water chestnut brûlée, compressed macerated red and golden beets, and black garlic crushed plantain. 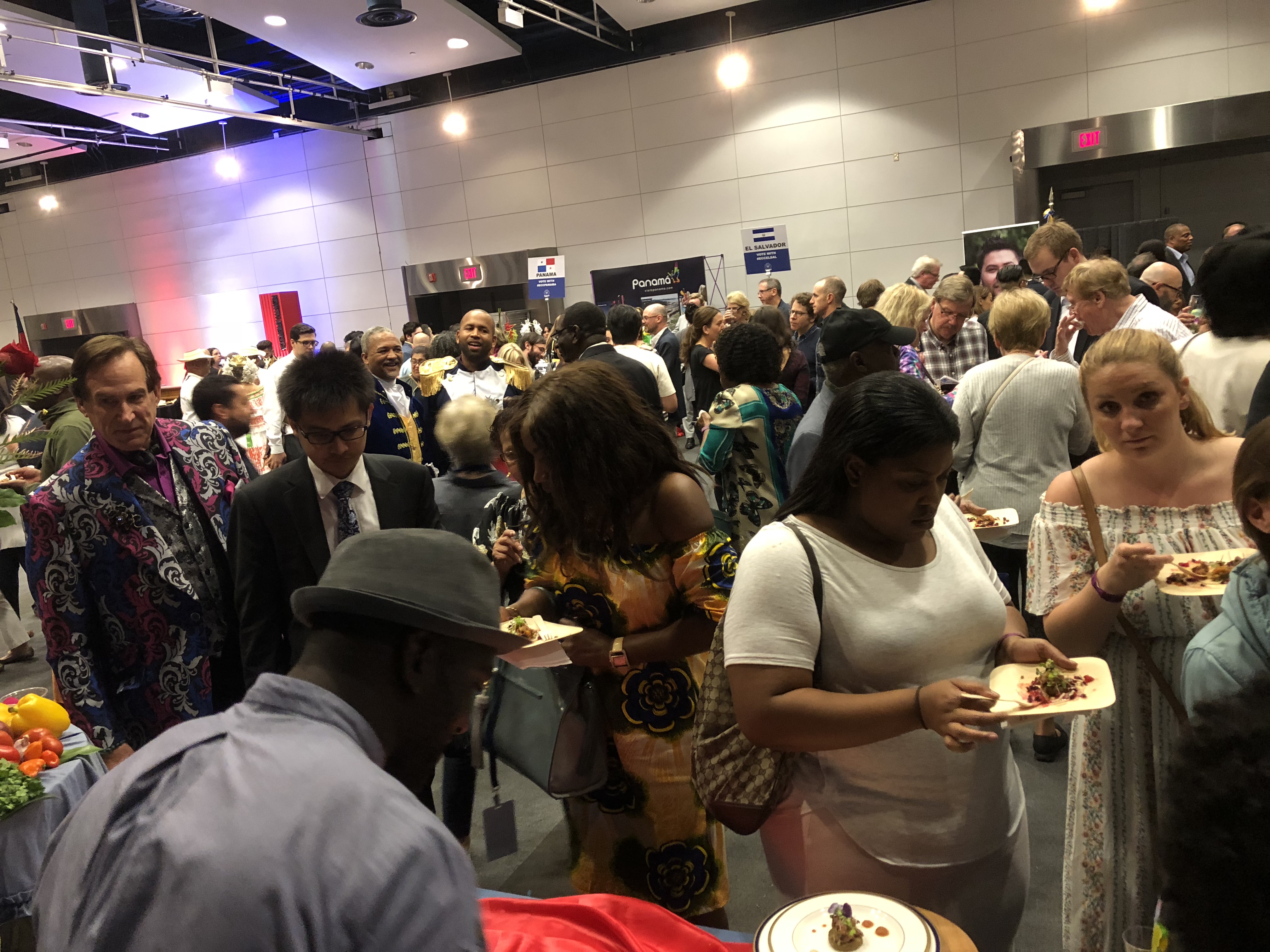 The dish was paired with a rhum cocktail entitled “The Catherine” infused with basil, mint, rosemary, scotch pepper and Rhum Barbancourt. The cocktail was named in honor of Haitian historical figure Catherine Flon who sewed the first Haitian flag 215 years earlier on May 18, 1803.

The Embassy of Haiti in Washington, DC congratulates Chef Jouvens on a lively, creative, and ravishing presentation of the country’s richness, and for contributing his talent to ensure Haiti remains at the forefront of DC’s global culinary conversation.

Haitian Nurse Who Sued Hospital For Retaliation Awarded $28 Million
The Woman who Sewed Together the Very Fabric of Our Liberty: Catherine Flon