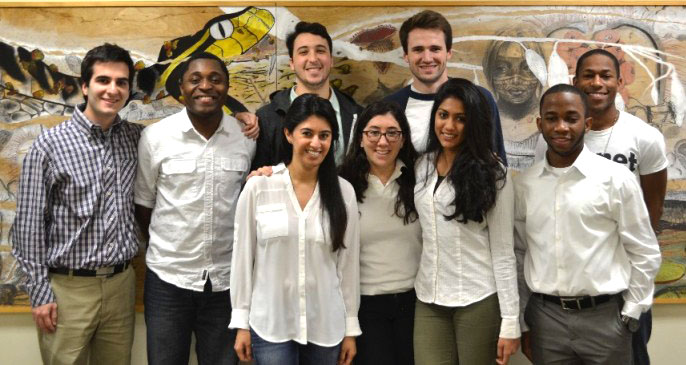 I wish they offered spring break trips like this when I was in undergrad. A group of Florida International University medical students are headed to a mission trip in Haiti to volunteer and provide basic physical exams and health education to one of the communities in Cap-Haitien.

Spring break is generally associated with heavy drinking and hard partying in some tropical picturesque playground, but a group of FIU medical students will be spending it working among the neediest people, in the poorest country in the hemisphere.

We are going on a volunteer medical mission to Cap-Haitien, Haiti, “ says first-year medical student Yves-Dany Accilien. “We hope to provide basic physical exams and health education to an underserved community.” Haiti has some of the most dismal statistics regarding diseases like cholera, malaria, diabetes and hypertension, to name a few.

Accilien, who is 22, knows it first-hand. He and fellow volunteers and mission organizers Samuel Jean-Baptiste, and Steven Chery, both 23, were all born in Haiti. Except for Chery, they’ve been on medical missions to their homeland before, but this will be their first as medical students.

“I’m excited and at the same time anxious because I want everything to go as planned,” admits Chery, whose decision to become a doctor was influenced by a family tragedy. His mother lost a baby after being turned away at a hospital in Haiti because she didn’t have money to pay for her care. Now as he packs for the upcoming 4-day trip (they’ll be gone March 28 through April 1) his goal is “reaching out to people who’ve never seen a doctor before, and inspiring a new generation that there is hope.”

The group of 16 volunteers includes nine students from the Herbert Wertheim College of Medicine, some pre-med students and a couple of parents, one of whom is a nurse, the other a physician. Each is paying for their own expenses, but they are fundraising to pay for the hiring of a local Haitian physician, medical supplies and over-the-counter medications. – Continue Reading Here

This is probably off topic but I really wish people wouldn’t feel the need to always refer to Haiti as the poorest country in the hemisphere.