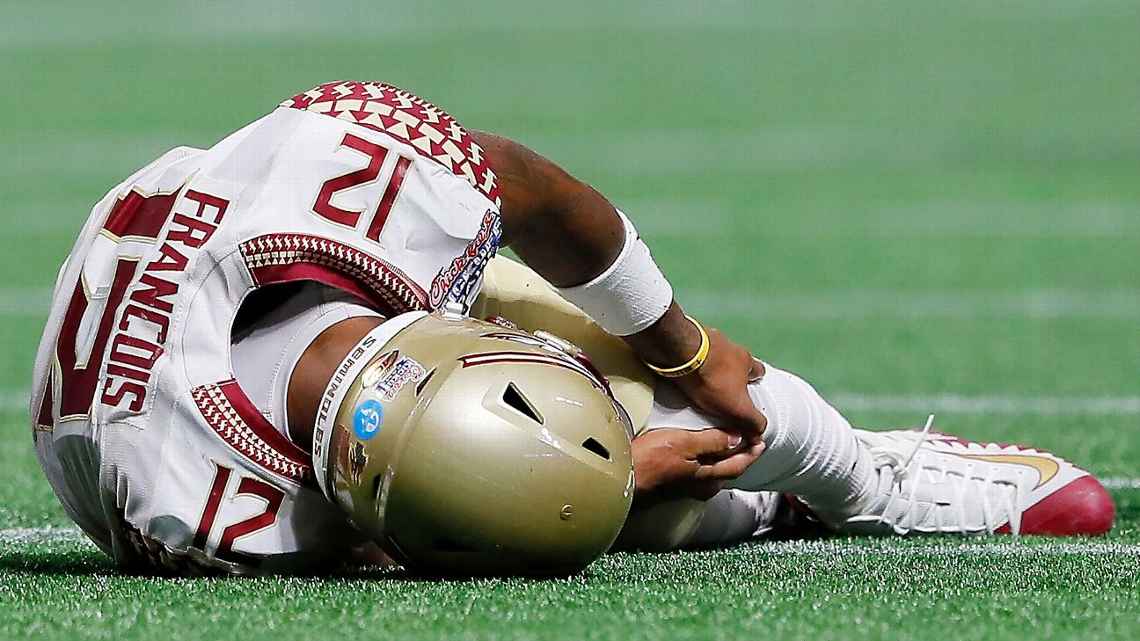 We are sad to report Haitian-American Florida State starting quarterback Deondre Francois suffered a season-ending patella tendon injury in his left knee and is scheduled to have surgery as early as Tuesday, according to sources, Tallahassee Democrat.

Francois was hurt in the fourth quarter of Saturday’s season opener against top-ranked Alabama at new Mercedes-Benz Stadium in Atlanta. Francois was brought hard to the ground by Alabama safety Ronnie Harrison, who sacked him for a loss of six yards. Harrison rolled up on Francois’ leg from behind him, replays showed. Francois walked off the field with the help of FSU medical staff, and he went into a treatment tent on the FSU sideline. He later walked with the aid of crutches to a medical cart, with a large brace on his left leg. 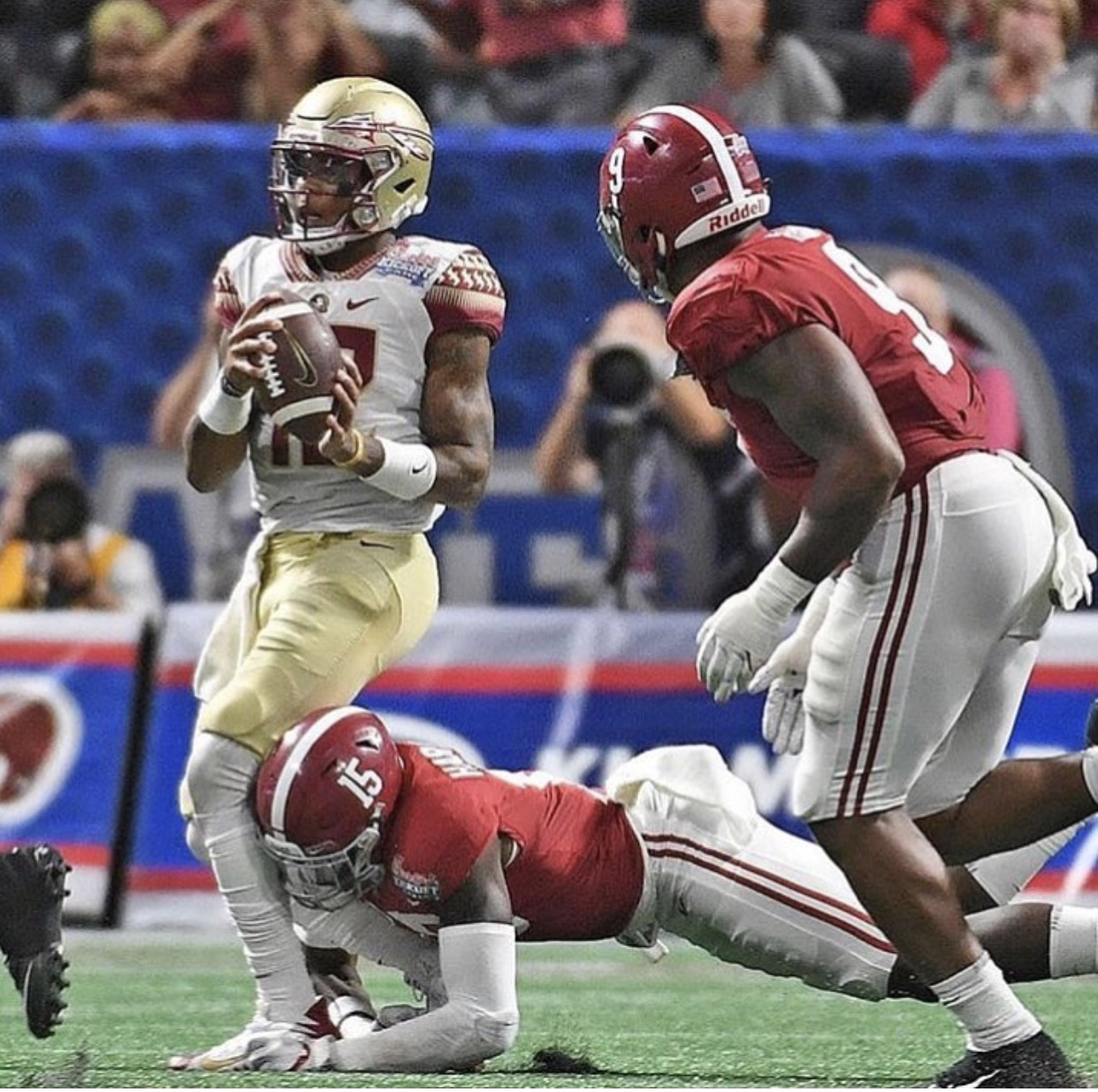 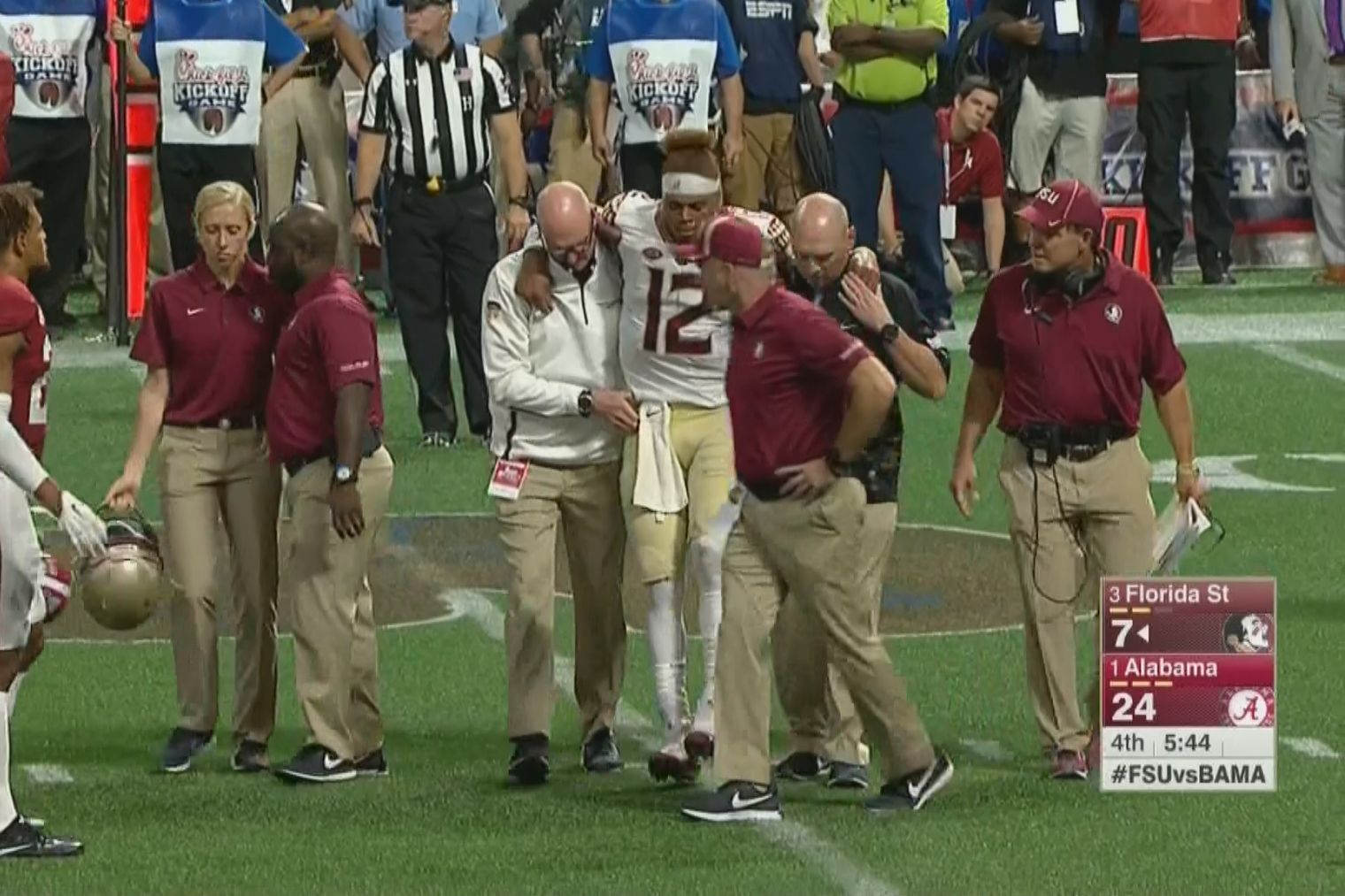 Francois was fantastic last season, finishing with 3,350 passing yards with 20 touchdowns and seven interceptions.  Francois threw for 210 yards, one touchdown, and two interceptions in FSU’s 24-7 loss to the Crimson Tide.

SBNation Reports, Because Francois hadn’t even played a full game, he’d likely get a medical redshirt if he applied for one with the NCAA. He’s a redshirt sophomore now, so he’d be set up for a six-year collegiate career if he decided to play that long in Tallahassee.

“Oh, I’m definitely concerned because that’s your starting quarterback and the kind of player he is and what he has,” Fisher said after the game. “But we’ll get the guys behind him and we’ll rep those guys and play and we’ll go on. Again, we have great people around him and do the things we’ve got to do.” – Warchant 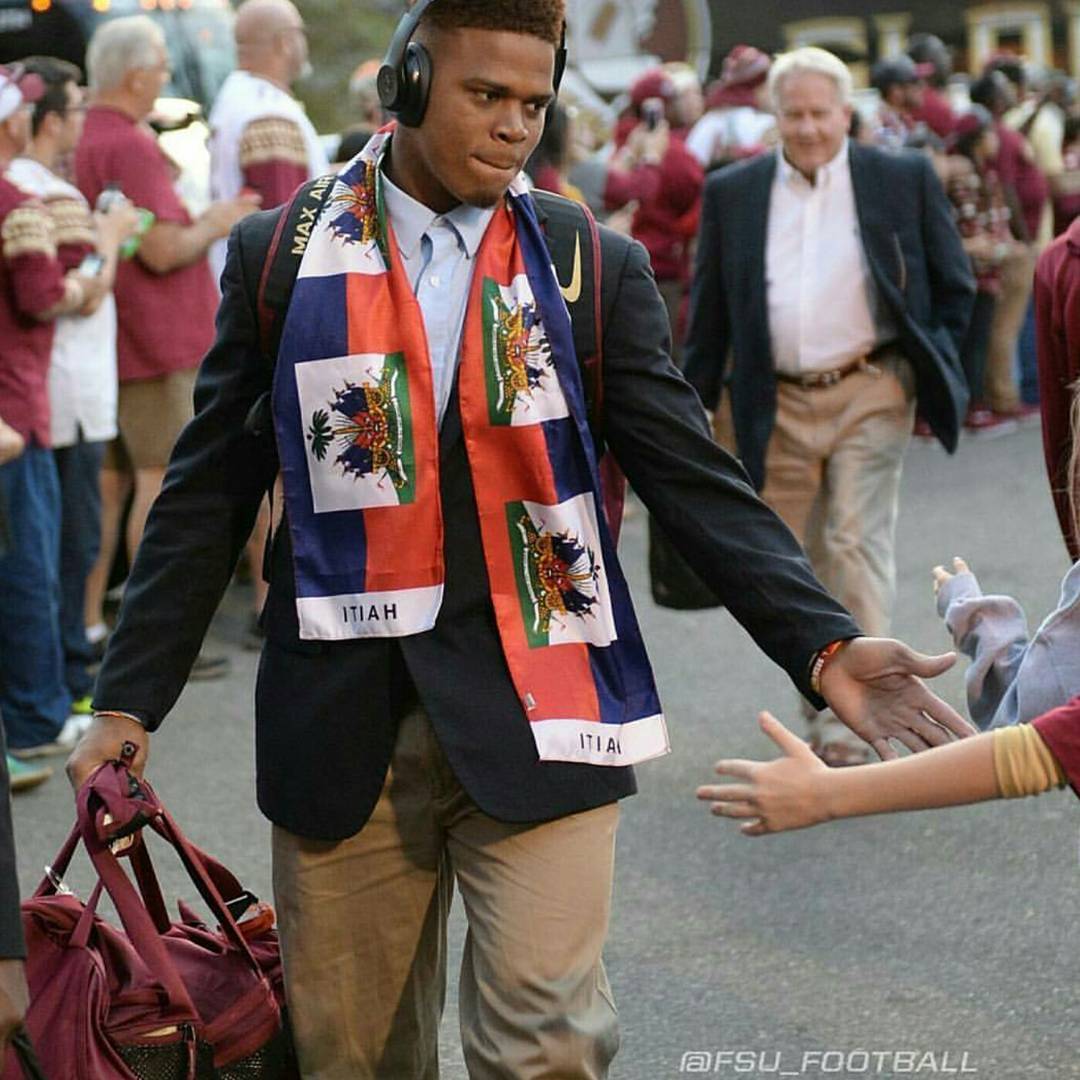 Emotional, Francois exits the field on a medical cart pic.twitter.com/NzNYiFhWXO