Defending champion Angelique Kerber was knocked out in round one of the US Open by Haitian-Japanese teenager Naomi Osaka.

Under the roof on Arthur Ashe Stadium 19-year-old-Osaka out-played the two-time Grand Slam finalist, winning 6-3, 6-1 in just over an hour to advance to the second round. The victory marked Osaka’s first top 10 win of her career.

Did you see that one coming?! pic.twitter.com/dtCQifGR3L

It continues a disappointing year for 29-year-old Kerber, who has not won a title since her victory in New York 12 months ago. 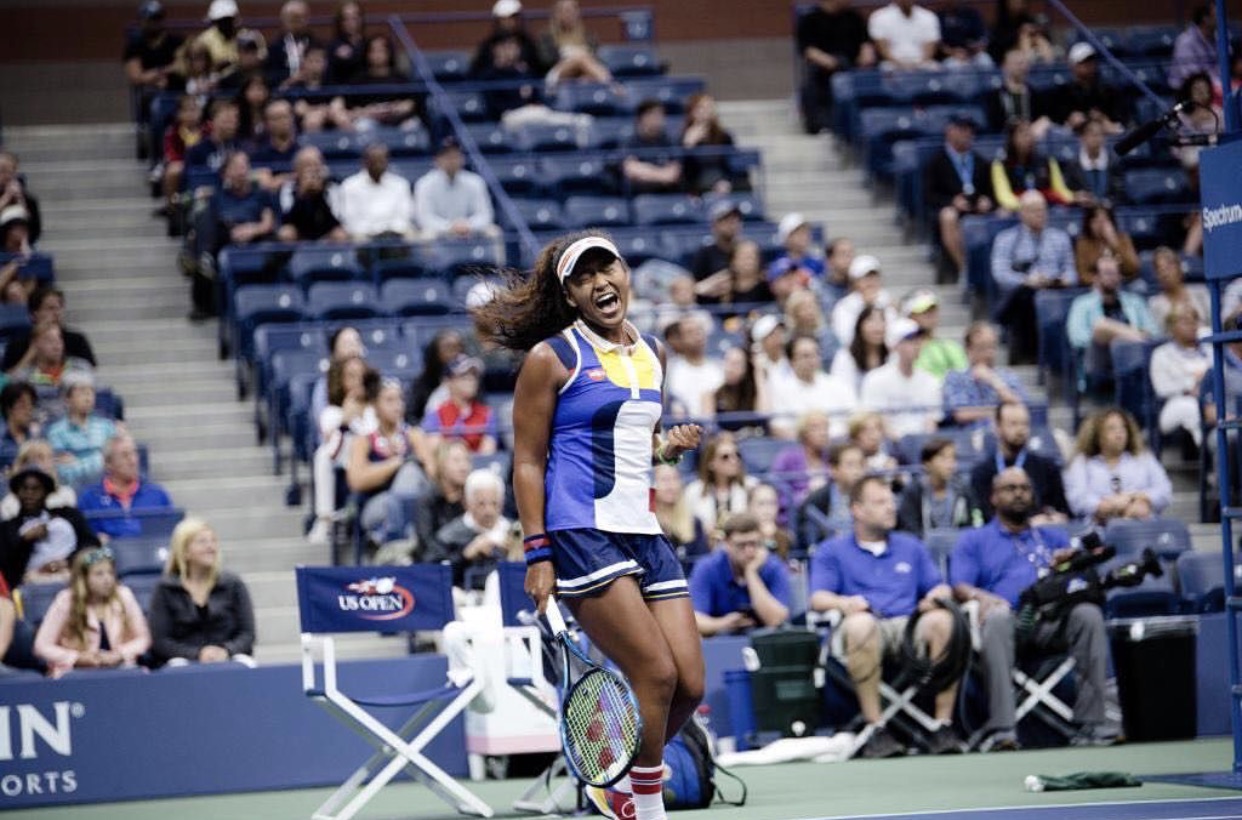 Osaka might be a new name to those who tune in for the second weeks of Grand Slams even though she’s made the third round in all four major tournaments but the 19-year-old has been a rising force for more than two years on the WTA circuit.

Here’s a few things you need to know about her.

After retiring with an abdominal injury in Toronto earlier this month, World No. 45 Osaka hoped to be healthy for the final major of 2017.

A year ago at the U.S. Open, Osaka led Madison Keys in a third round match on Arthur Ashe but was unable to close. ​On Tuesday, Osaka simply out-hit Kerber, blasting winners all over the court and putting any memories of last year’s disappointing U.S. Open exit behind her.

Osaka’s mother is Japanese, and her father is Haitian. She was born in Osaka, Japan, but raised in America New York and Fort Lauderdale are home. As a result, she has dual citizenship and chose to represent Japan.  Her older sister, Mari Osaka, also plays professionally, though she hasn’t reached the same heights.

Osaka, who was born in Japan but raised in the United States, speaks barely any Japanese. And she could be the next great superstar in Japanese tennis.

“I can understand way more Japanese than I can speak,” Osaka tells USA TODAY Sports in an interview. “And when I go to Japan people are confused. From my name, they don’t expect to see a black girl.” … – Source

Osaka has never won an professional tournament, but she made waves with a couple finals spots on the lower tours in 2015. In 2016, she started beating the big shots. She made the third rounds of the Australian and French Opens in her first two appearances in the main draws of Grand Slams.