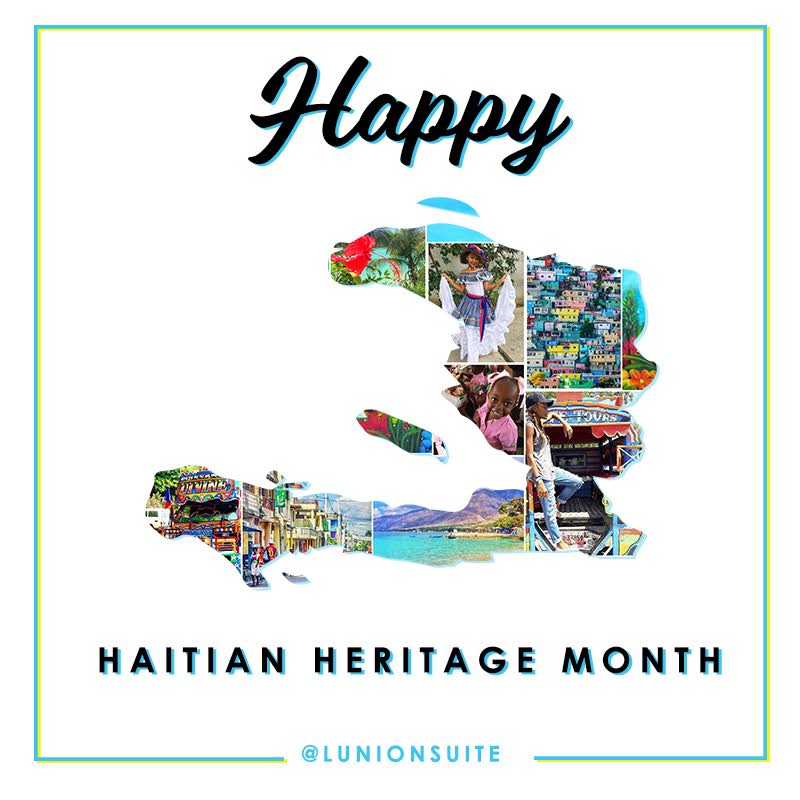 May is Haitian Heritage Month and throughout the country, many events are being held to commemorate it. Haitian heritage month is a celebration of Haitian history, culture, and pride.  The celebration is an expansion of Haitian Flag Day held on May 18th, a major patriotic day celebrated in Haiti and by the Haitian Diaspora.

Haitian President Dumarsais Estimé started the Flag Day celebration with parades, and cultural and athletic events in many cities in Haiti in the 1930s when he was minister of education under President Sténio Vincent. Estime wanted to commemorate annually the creation of the Haitian Flag on May 18 to encourage the development of patriotic sentiments among Haitian youth.

It was first celebrated in Boston, Massachusetts, in 1998. Tele Kreyol, one of the Boston Haitian Access Television programs, celebrated the whole month of May with a series of programs on Haitian history, culture, and contributions to the world. The month-long celebration has continued with such activities as parades, flag raisings, and exhibits organized by Haitian-Americans United, Inc. (H.A.U.) in collaboration with several Haitian organizations in the New England area.

The Haitian community of Palm Beach County, Florida, which started the Heritage celebration in 2001, contributed greatly to making Heritage Month first a statewide celebration, and then, a national one in the United States. South Florida Congressman Kendrick B. Meek introduced unsuccessfully a bill in the United States House of Representatives in 2004 and 2006 to recognize the month of May as Haitian-American Heritage Month in the United States. President George W. Bush and his wife Laura Bush sent a letter in May 2005 to congratulate the Haitian-American community for the heritage month and organized a celebration at the White House the same year.

Since 1998, several governors, members of state senates and houses of representatives, mayors, and city councilors have issued annual citations and proclamations, recognizing the Haitian Heritage Month celebration in their states or cities.

As of 2008, the Haitian Heritage Month/Flag Day has been celebrated with parades, festivals, schools activities, and flag-raising ceremonies in various cities and counties in the U.S. – Source

Besides the Flag Day celebration, the month of May carries a number of significant historical and cultural traditions that Haitians are proud to make aware of and pass on to future generations. In Haiti, May 1 is celebrated as Labor and Agriculture Day. May 2 used to be Flower Day. The Congress of Arcahaie that united black and mulatto officers to fight together for Haiti’s independence is remembered from May 15 through 18. The Haitian slave and revolutionary general, Toussaint Louverture, was born on May 20, 1743. Teacher’s Day is May 17, University Day is May 18, and Mother’s Day is celebrated on the last Sunday of May. For Haitian Catholics, May is the month of Mary, the mother of Jesus.