On Monday, January 15th, hundreds of protesters, many of them Haitian-Americans, gathered in Times Square on Martin Luther King Jr. Day for an anti-racism rally following reports of President Donald Trump’s disparaging comments about Haiti, El Salvador, and African nations.

Hundreds of New Yorkers, natives and immigrants alike, took to the streets of Times Square on Martin Luther King Jr. Day to protest the president’s disparaging comments.  Many in the crowd, which stretched back more than two blocks, waved Haitian flags and wore the colors of the country.

Despite the anger and sadness felt by many in attendance, the demonstration took on an almost festive atmosphere with Haitian political leaders waving flags, chanting Haiti and a Rara band closing out the night. 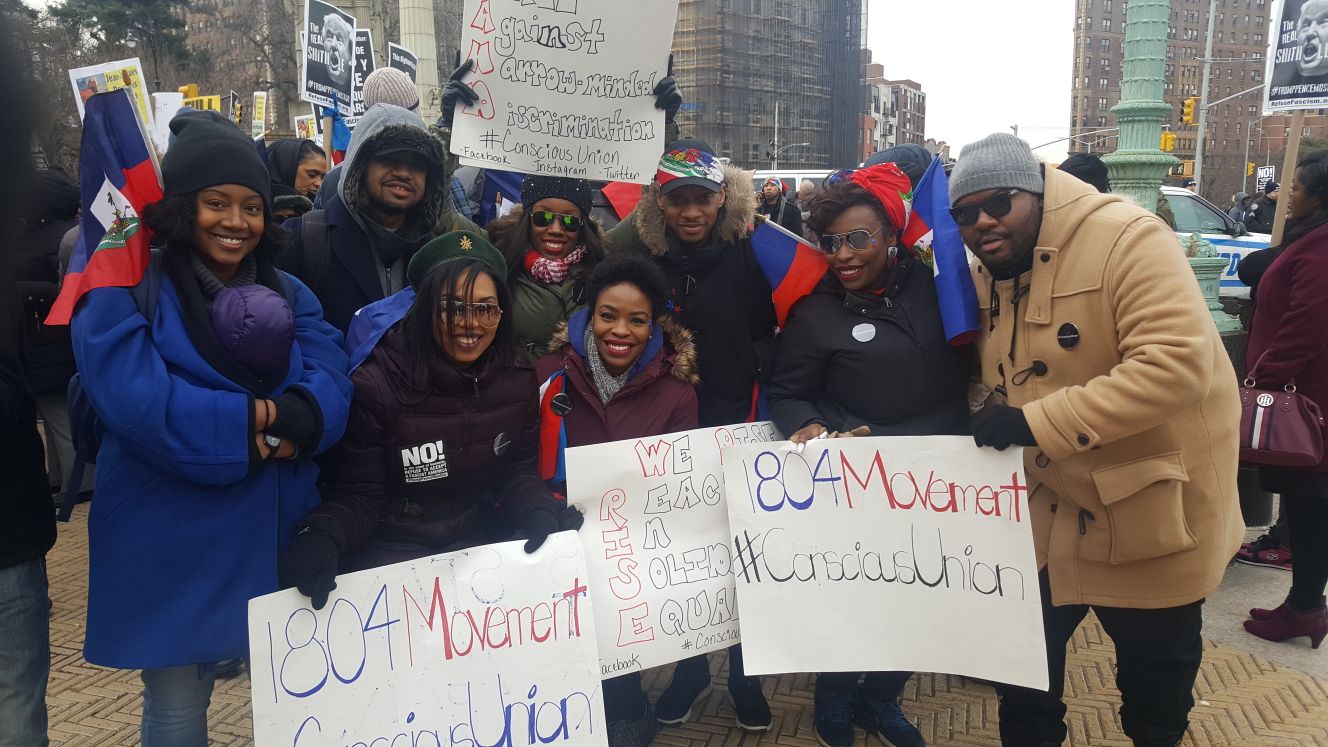 On Friday, January 19th, hundreds of people from the Haitian community along with supporters of different nationalities gathered together in Brooklyn to march into lower Manhattan.  People gathered early Friday morning at Grand Army Plaza in Brooklyn to march down Flatbush Avenue, over the Brooklyn Bridge, and down to rally in front of Trump Tower at Wall Street in lower Manhattan.  People chanted  slogans like “Trump Must Go,” “We Rise,” and “What do we want, RESPECT, when do we want it NOW.” 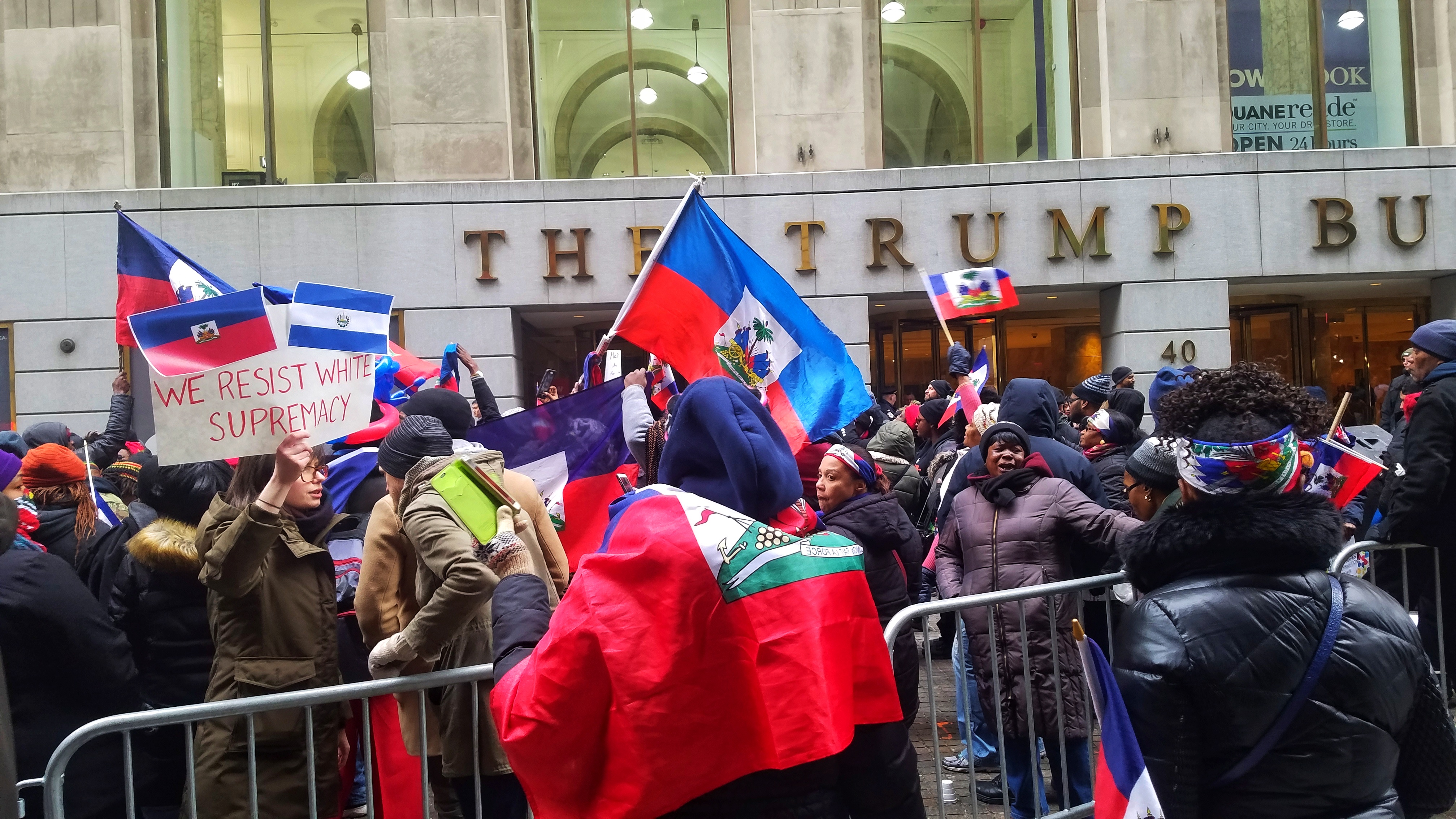 Protesters raised their voices in unity over the sounds of the drum procession and rara, Representatives from the organizing committee of The 1804 Movement For All Immigrants along with one of the founding sisters of Conscious Union spoke at the rally to speak out against the high levels of racism exuded by Trump alongside his administration.  In addition to speaking out against hatred, speakers touched on the importance for people to continue the movement to implement a plan of action to combat the negative effects of racism against Haiti and other immigrant nations.