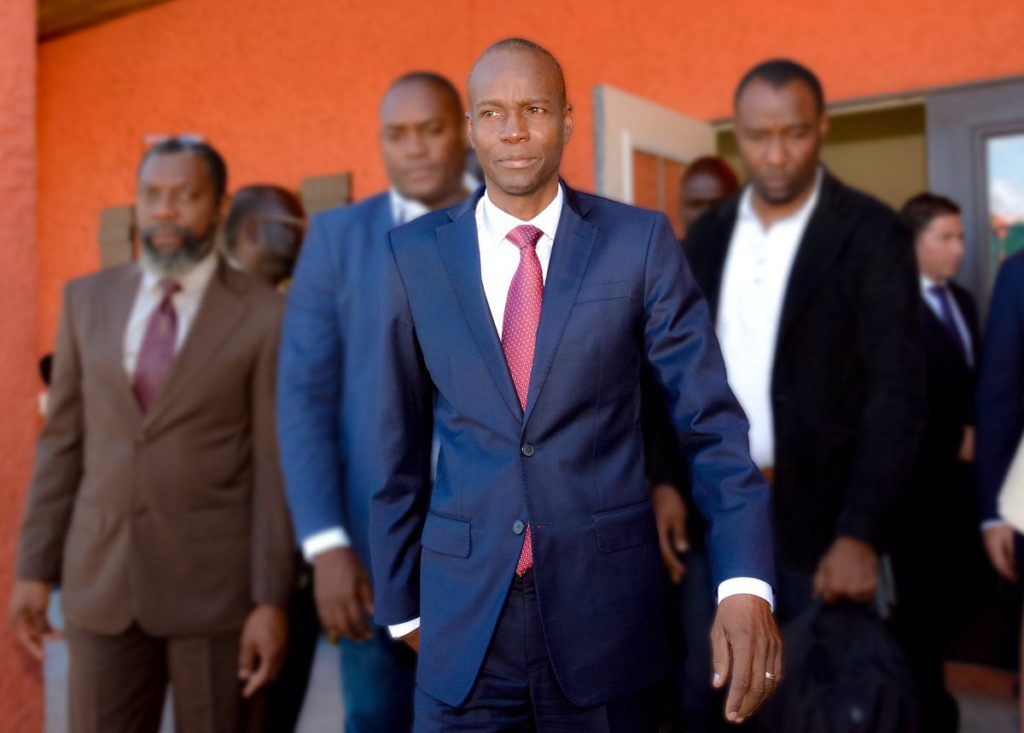 Businessman Jovenel Moise will be the next president of Haiti, the country announced. His victory ends a drawn-out and difficult 14 months election process after a tribunal said it found no evidence of massive fraud.

Moise 48, is expected to take office by the constitutional deadline on February 7. A successful banana exporter and first-time candidate, he ran for former President Michel Martelly’s Tet Kale (PHTK) party and won more than 55 percent of votes cast in the November 20 election. His closest competitor, Jude Célestin, the former head of the state construction agency, finished a distant second with just over 19.57 percent. Célestin’s final vote total only rose slightly after the verification, which he and two others demanded after challenging the preliminary results.

Moïse also won the presidential election in October 2015 but the result was overturned due to allegations of fraud. Fresh elections were scheduled for October this year but had to be postponed when the Category-4 storm, Matthew, ravaged the country. The hurricane left over 1,000 Haitians dead and over a million in need of humanitarian aid.

Moïse was handpicked by former President Michel Martelly as the Tet Kale party’s presidential candidate. A little-known businessman prior the 2015 election, Moïse was nicknamed and branded  “The Banana Man” during the campaign. Aside from setting up a banana plantation in North Haiti, Moïse also founded the public-private project Agritrans, which helped in exporting the fruit to Europe.

Moise is a wealthy businessman who made his fortune exporting fruit, and has never held office. He’s from the same party as former President Michel Martelly. He served as secretary-general of the chamber of commerce in northern Haiti and according to his campaign, began a project that would bring solar and wind power to 10 communities. His campaign promises include improving education in the country and the creating more jobs.

Jovenel Moïse was born to a middle-class family in Trou-du-Nord, in Haiti’s Nord-Est department. He is the son of Etienne Moïse, a merchant, and Lucia Bruno, a seamstress. In July 1974, his family moved to Port-au-Prince, where he attended the Don Durélin National School, the Lycée Toussaint Louverture, and the Cultural Center of the Collège Canado-Haïtien. He studied political science at Université Quisqueya and married Martine Marie Etienne Joseph, a classmate, in 1996. That year, he left the capital and moved to Port-de-Paix with the goal of developing rural areas. 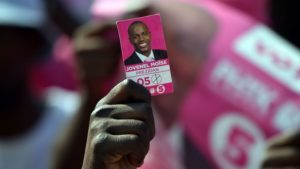 Some of Moise Challenges ahead Include:

Significant challenges lie ahead for Moise once he takes office. Haiti is one of the poorest countries in the world with an economy highly dependent on agriculture, the island nation has been severely impacted by a series of devastating natural disasters.

Haiti was still recovering from a devastating 2010 earthquake, which killed more than 100,000 people, when the hurricane hit.

The country is still reeling after Hurricane Matthew, a Category 4 storm, tore through the island in October, killing up to 1,000 people and leaving 1.4 million in need of humanitarian aid. The UN has estimated that around 80 percent of crops have been lost in some areas.

On his Facebook page, Moïse promised that his five-year presidency will be marked by “active will and vigilant pragmatism.”

Opponents of Moise have repeatedly claimed they would never accept the PHTK candidate’s victory.

After Tuesday’s announcement, Narcisse supporters marched in the streets of the capital, Port-au-Prince, to protest the electoral tribunal’s decision. At the same time, supporters of Moise posted photos and posters of the winning candidate.