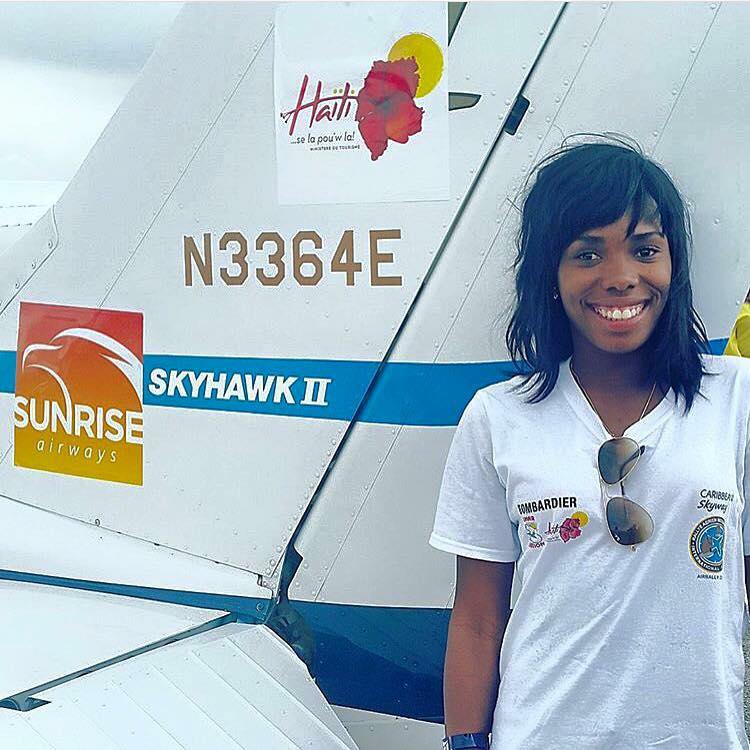 According to Haiti Libre,

As part of the 7th Edition of the Governor General’s Cup Caribbean Air Rally (11 to 25 April 2016), Marie-Yves Montima, the first woman pilot Haitian becoming in way to becoming a commercial pilot, proudly wears the colors of Haiti and will land at the official stopover in Haiti on 23 and 24 April 2016.

Selected by Reginald Augustus to receive support from the “Haitian Foundation of Aeronautics Education,” she was the first pilot fully funded by the FHEAA to receive her pilot’s license from the Federal Aviation Administration (FAA). Recently she was invited to attend the convention of the WAI (Women in Aviation International) by Patty Wagstaf, great American star of aerobatic with which she flew after obtaining his Private Pilot License.

Here are a few pictures from the 7th edition rally around the Caribbean,  organized by the Ministry of Tourism of Haiti. Pictured is the Minister of Tourism Guy Didier Hyppolite and the Ambassador to Canada in Haiti Patrice Caldwell St. Ange.

As part of the Air Rally, a first in Haiti, a preparatory meeting was held recently, bringing together several representatives of the tourism sector, aviation and government include: Maryse Noël, the Director General of the Tourism Ministry, Frantz Faustin, Director of the National Airport Authority, the directors of the OFNAC, of the Regional Bureau of Tourism, of the Immigration and Cap Haitien Mayor.