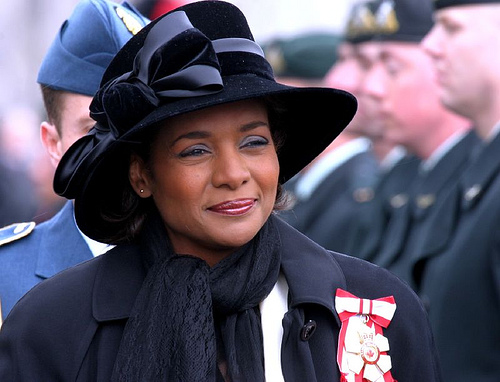 Michaëlle Jean, born September 6, 1957 in Port-au-Prince, Haiti, is a Canadian journalist and documentarian who was Canada’s 27th governor-general and the first person black person to hold that post. She later became the first woman to serve as secretary-general of the Organisation Internationale de la Francophonie.

Jean’s family was descended from slaves. Jean’s early years were spent in a middle-class neighbourhood in the Haitian capital, Port-au-Prince, where her father was principal and teacher of philosophy at an elite, Protestant preparatory school. She was educated at home because her parents, Roger and Luce, did not want her to attend school, where she would have to swear allegiance to dictator François “Papa Doc” Duvalier. In 1965, her father was arrested and tortured under the regime of François Duvalier, leading to the family’s flight to Canada when Jean was age 11. In 1967 her father fled to Canada; his wife and two daughters joined him the next year.

The family settled in Thetford Mines, a Québec mining town, where Roger taught at the local college. Jean later recalled that her father was, by this point, a “broken man,” increasingly prone to violence. Her parents’ marriage disintegrated, and Jean moved to Montréal with her mother and sister. They lived in a basement apartment, while their mother supported the family by working first in a clothing factory and then as a night orderly in a psychiatric hospital.

Jean proved to be a brilliant student, studying languages and literature at the University of Montreal, where she earned a master’s degree in comparative literature. She also attended universities in Italy and France. – source 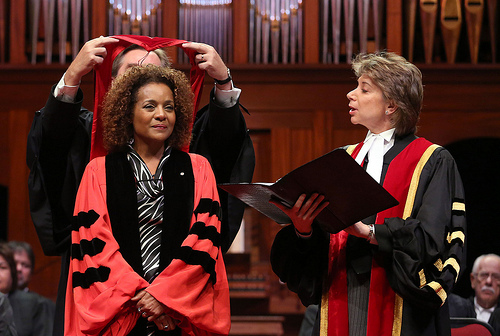 A social activist, Jean mixed freely in the diverse world of Montreal’s ethnic communities, honing a perfect command of French and English in the process. Embarking on a career in broadcast journalism, she became a popular commentator on the French-language network of the Canadian Broadcasting Corporation and also worked frequently on the English network.

In 1986, Jean returned to Haiti with a friend to conduct research for an article on the island’s women. The two arrived to witness the ouster of Jean-Claude “Baby Doc” Duvalier, the country’s dictator and son of the man whose regime Jean’s family had fled. Jean’s work caught the eye of a National Film Board producer, who invited her to return to Haiti as a researcher and interviewer for a film on the 1987 Haitian elections, shown on Le Point, a news magazine program on Radio-Canada, the French language arm of the Canadian Broadcasting Corporation. 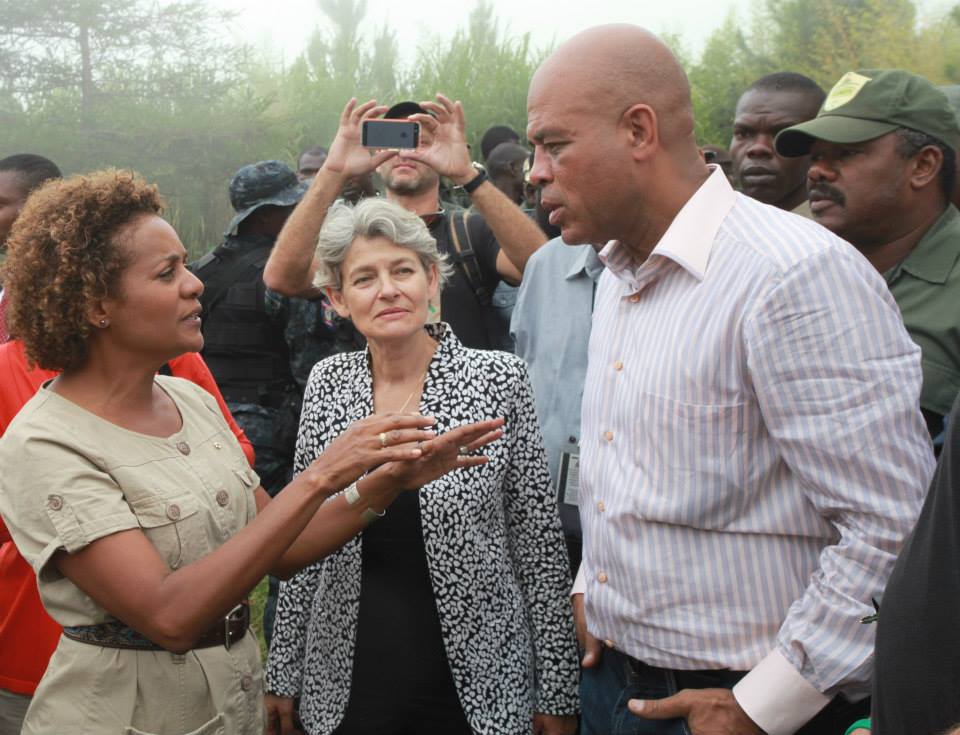 From 2001 Jean worked as an anchor for Radio-Canada’s Le Téléjournal, and in 2004 she began to host her own television interview show, Michaëlle. She won numerous awards for her journalism, including the Amnesty International Journalism Award. With her husband, French-born Canadian filmmaker Jean-Daniel Lafond, she also made several acclaimed documentaries, most notably Haïti dans tous nos rêves (1995; “Haiti in All Our Dreams”). 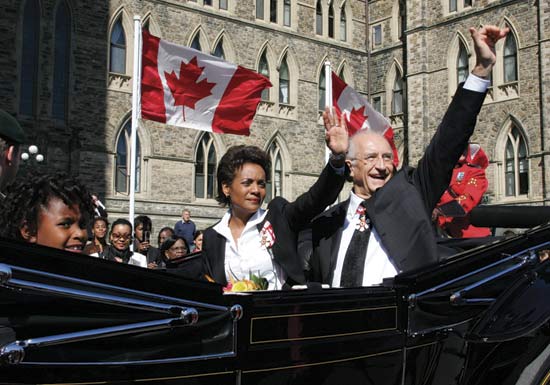 When Radio-Canada subsequently hired Jean, she became the first black person on French television news in Canada. She worked as a reporter or host for several of the network’s programs, including Actuel, Montréal ce soir, and Virages. In the mid-1990s, she moved to RDI, Radio-Canada’s all-news network, becoming host of le Journal RDI and other programs, winning many awards along the way, including a Gemini. By 2004, she was well enough known among Francophone Canadians to launch her own current affairs show on RDI, entitled Michaëlle. In English Canada, she was familiar to viewers of CBC Newsworld’s documentary programs The Passionate Eye and Rough Cuts, both of which she had hosted since 1999. 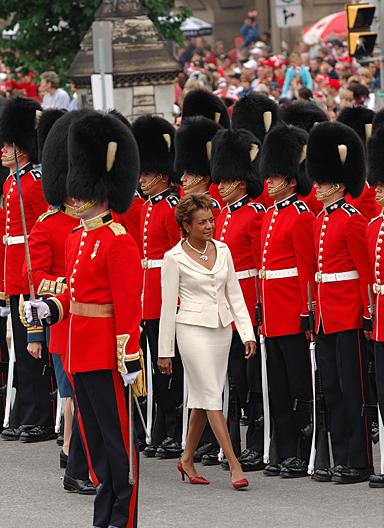 On Sept. 27, 2005, Jean was officially installed as Canada’s governor-general. She was the first black person and the first Haitian immigrant to hold the prestigious but mainly ceremonial post as the British monarch’s viceregal representative in Canada.

The appointment brought out, in a striking fashion, the changing nature of modern Canada: since World War II Canada had become a genuinely multicultural society, with attitudes influenced by the heavy flow of immigrants.

As governor-general, Jean called for increased communication between the Francophone and Anglophone communities in Canada, as well as between all the country’s cultural groups. She denied speculation that she had any leanings toward a sovereign Quebec by renouncing the dual French citizenship she had gained on marrying Lafond, a French national.

Though governor-generals are expected to avoid taking an active role in politics, in December 2008 Jean briefly suspended Parliament in order to save Prime Minister Stephen Harper from a no-confidence vote spurred by his government’s reaction to the international economic downturn. In 2010 she completed her term as governor-general and was succeeded by David Johnston.

October 2010, Jean was replaced as governor general by David Johnston. She became UNESCO’s special envoy to Haiti and created the Michaëlle Jean Foundation to help underprivileged youth in rural and northern Canada.  She later served as chancellor of the University of Ottawa before becoming head of the Organisation Internationale de la Francophonie.