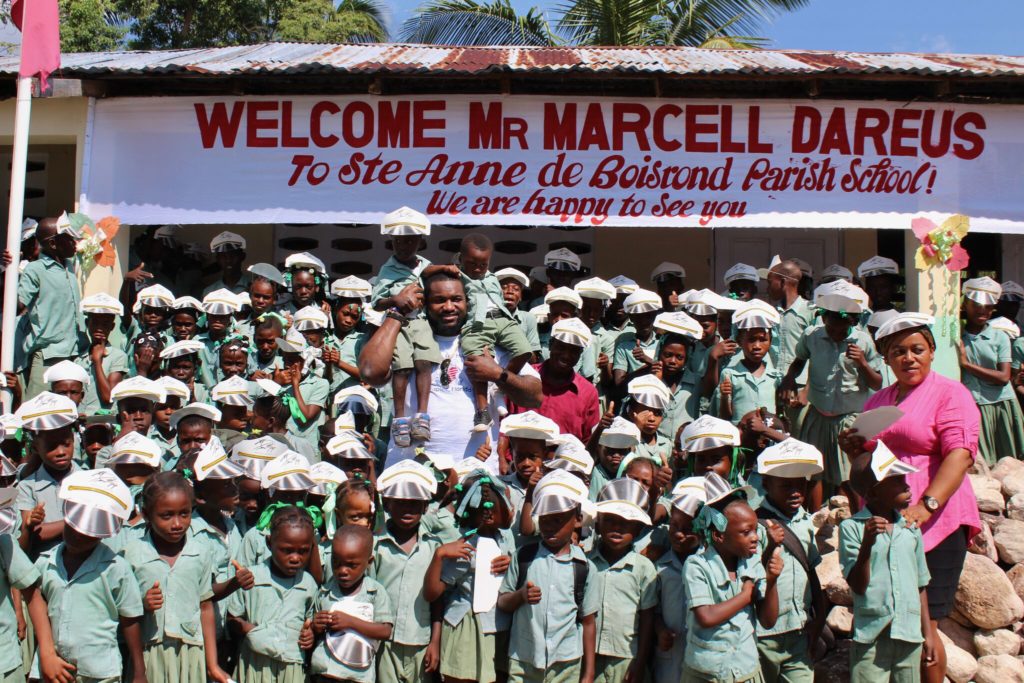 Buffalo Bills Defensive Tackle Makes It Count With $25,000 Donation To Hope For Haiti

Buffalo Bills defensive tackle Marcell Dareus who celebrated his 27th birthday Monday had no idea that his long-sought trip to his late father’s homeland of Haiti would have the cultural and emotional impact it did for him while traveling through the country on a three-day humanitarian mission with U.S.-based charity Hope for Haiti (HFH).

“The trip is still surreal to me,” said Dareus, whose father passed away when the two-time Pro Bowler was only nine years old. “I can’t say thank you enough to Hope for Haiti for putting this together for me, letting me experience the culture of my father’s people and understand where my donation is being put to use.

Dareus, who donated $25,000 to the organization, visited two schools, St. Anne de Boisrond Primary School and St. Michel Parochial School of Zanglais d Aquin both located in Les Cayes in the southwest region of the country, where the charity focuses the majority of its work. He was greeted by welcome signs, school staff, teachers and more than 800 children wearing his signature captain’s hats, which he had shipped to them prior to his trip.

“Meeting the Haitian children touched me the most,” Dareus continued. “I saw myself in them. They helped me remember a time when I was little and my father raised us in the Haitian community in Tampa. We were struggling too. It amazed me they were so happy, polite and grateful, even though they have barely anything. It made me realize again how fortunate I am. When I saw those welcome signs with my name on them, I really couldn’t believe it.” 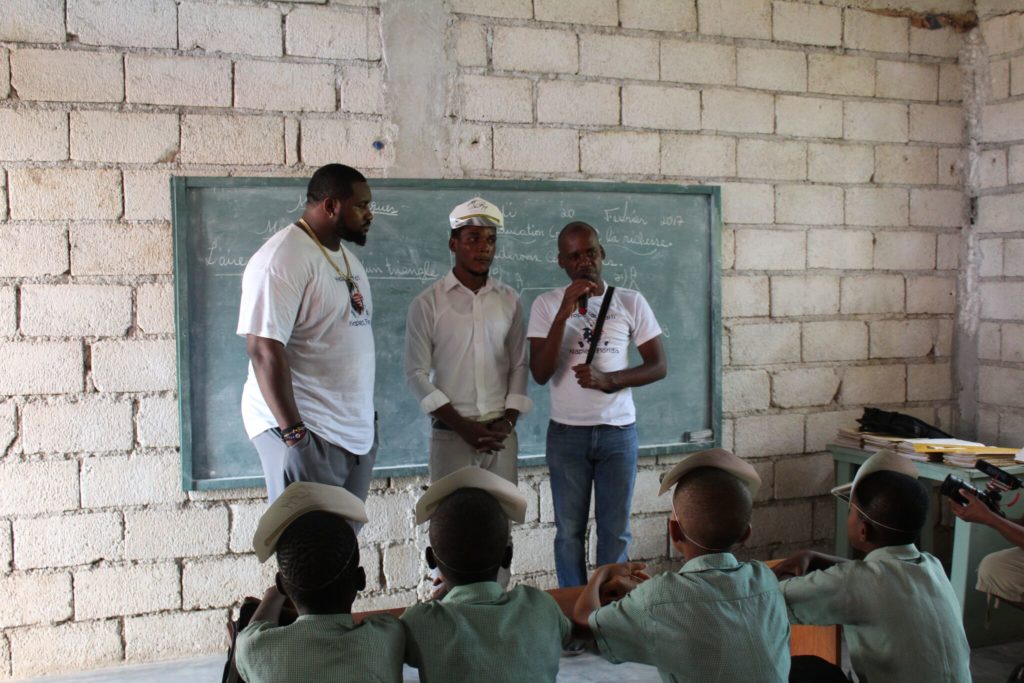 In addition to the schools, Dareus visited Infirmary St. Etienne, a primary care facility operated by Hope for Haiti where he met dedicated doctors and medical technicians while touring the facility and listened to a realistic account of the state of health care in the area.

He also met elderly men and women at Foyer St. Etienne, the only senior home in the region, which is located in the same compound. It was there that he experienced one of the most moving parts of his trip, when he met a 105-year-old Haitian woman who wanted to sit and pray for him.

“I had no idea this trip was going to be so life-changing for me,” said Dareus.“It felt like an out of body experience, almost like I was watching the trip not from where I was sitting, but like I was looking down on the whole experience. It hit me in so many ways.”

Dareus also had lunch with the Hope for Haiti staff, which included many locals and Americans helping the organization make a big impact in the area. They shared their goals and vision for the future and thanked Dareus for his commitment to their organization. 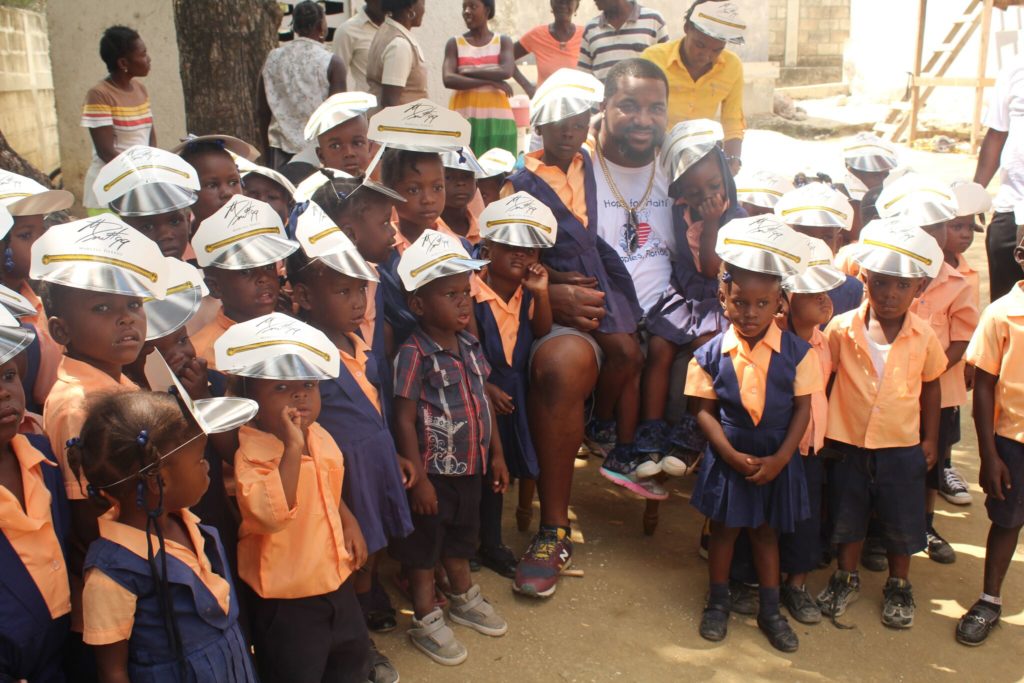 “Hope for Haiti is very grateful to Marcell Dareus for his investment in our mission,” said Skyler Badenoch, CEO of Hope for Haiti. “We are more committed than ever to help improve the quality of life for the people of Haiti, especially children, and investments like this are critical to our ability to make real impact in Haiti.”

Dareus was inspired by the extensive work that Hope for Haiti does for the Haitian people and was thrilled when the organization presented him with a certificate of recognition for his donation.

“What Hope for Haiti is doing in the Les Cayes area is so inspiring,” Dareus said. “Lots of selfless people who are helping make lives better, caring about those with so little and giving them the supplies and support they really need. It’s amazing what they are doing and it makes me glad that I was able to help their efforts.”

“I’m going to continue to give back,” said Dareus. “It feels good.” 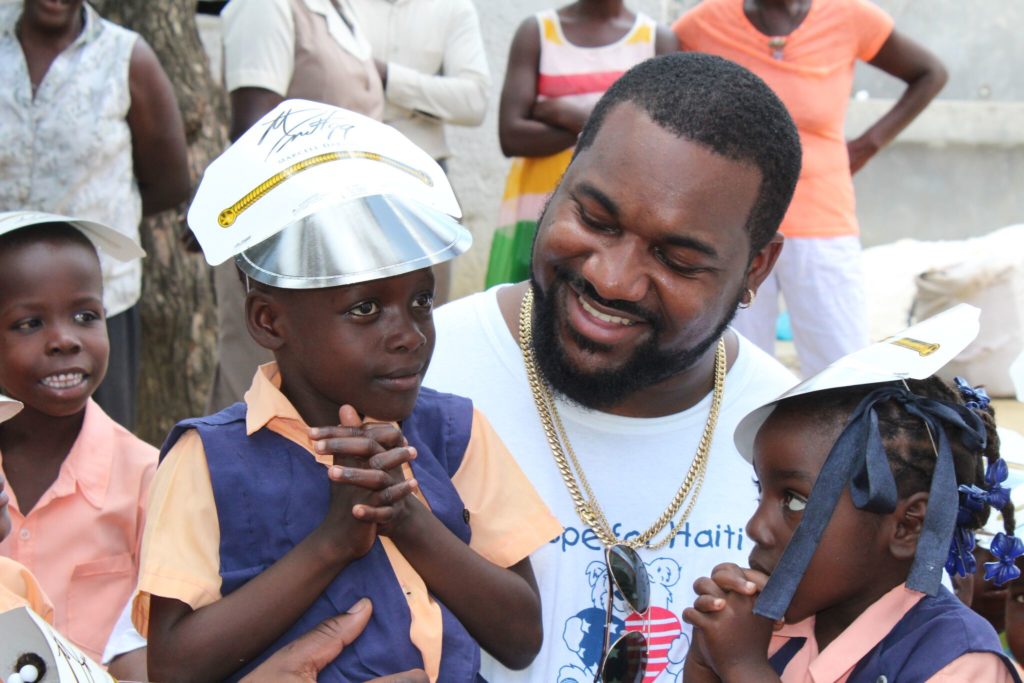 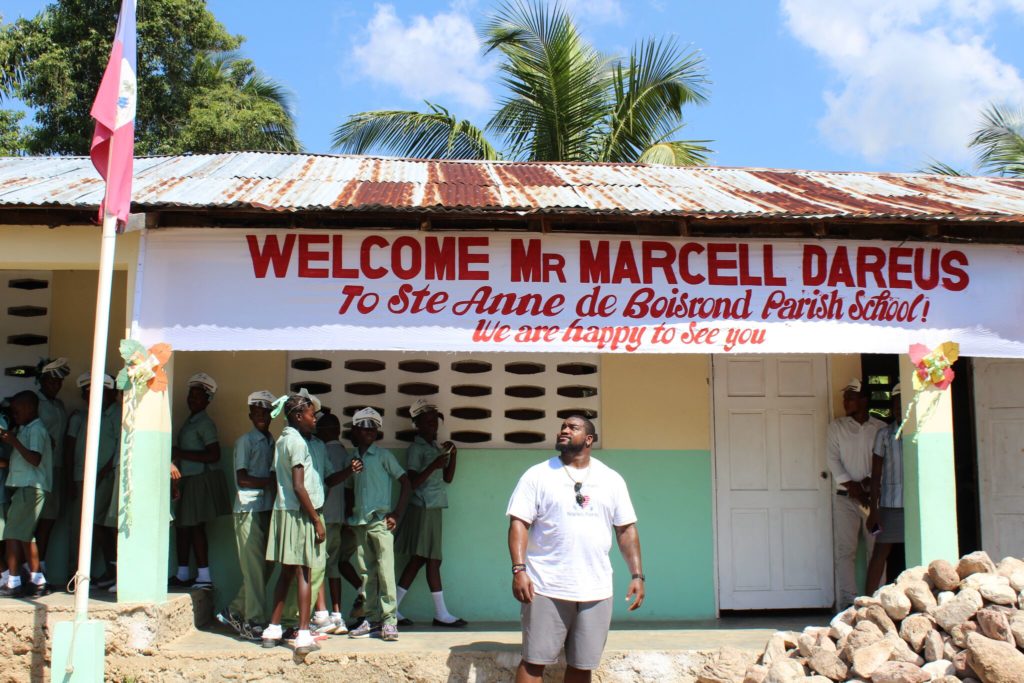 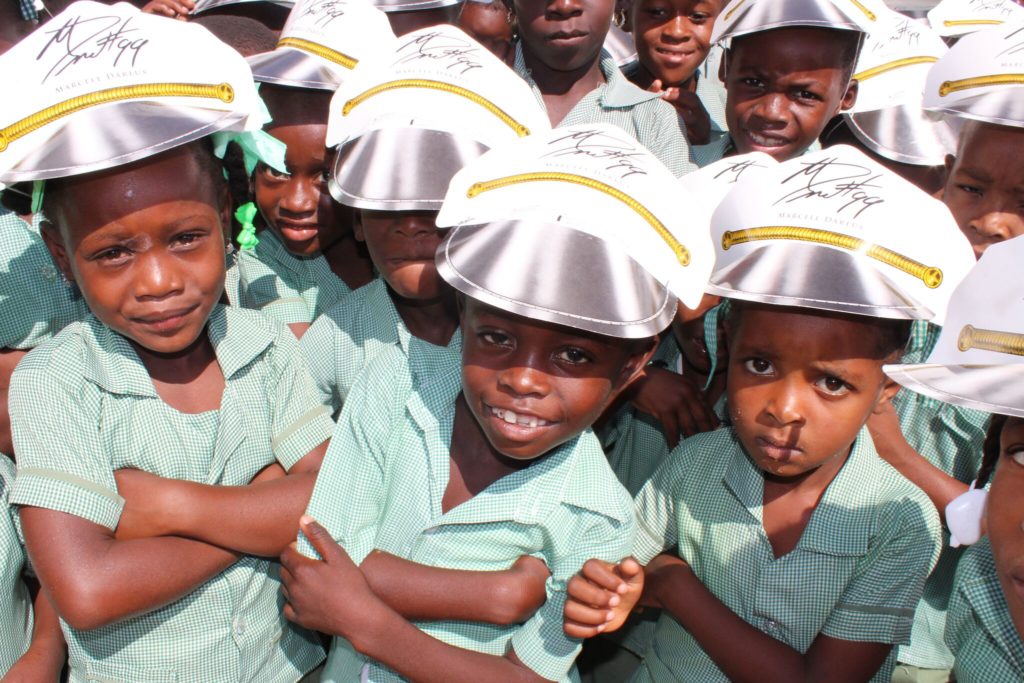