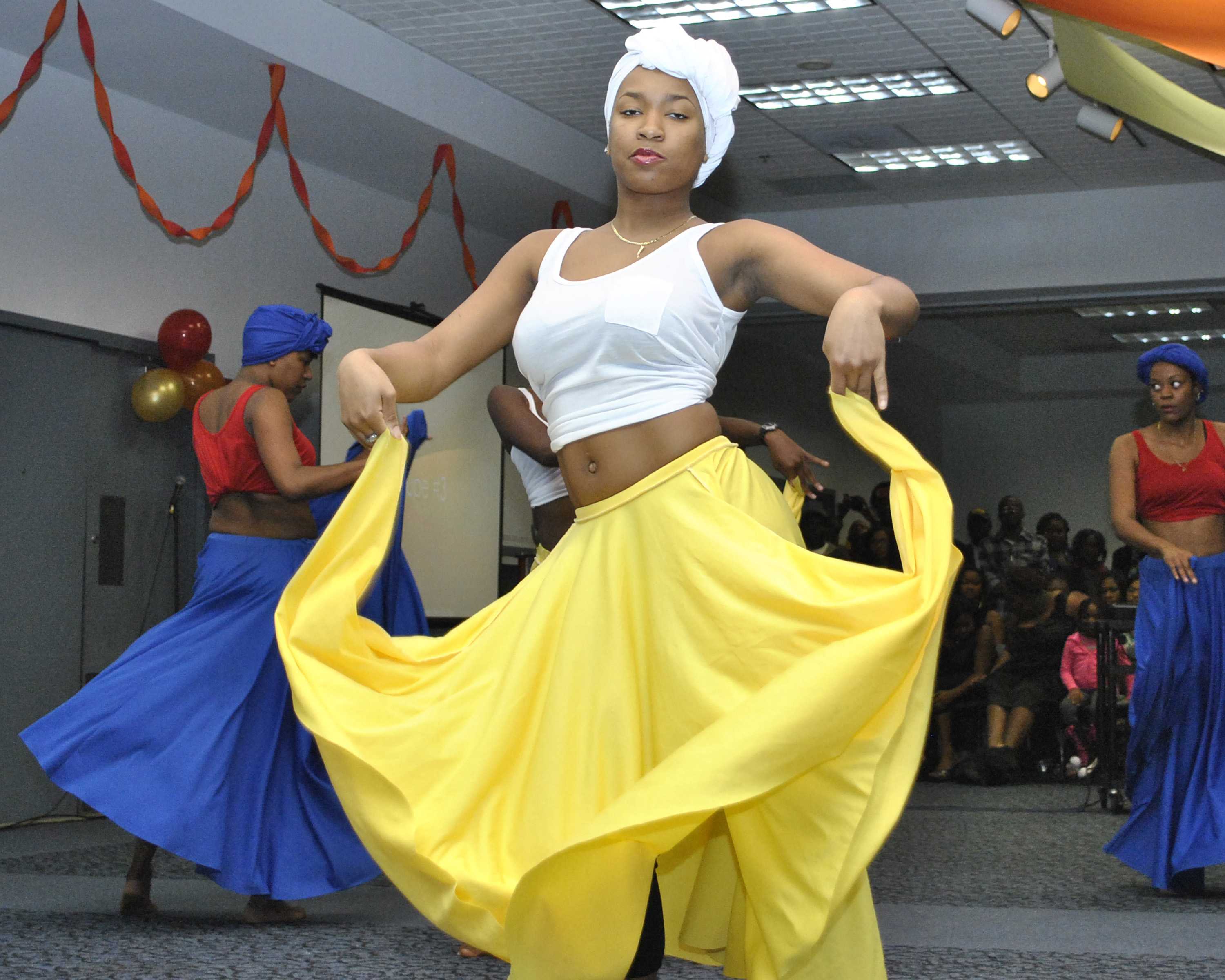 The sound of bass pulsated through the Live Oak Pavilion as the doors opened at 7 p.m. on Saturday night and chairs filled for Konbit Kreyol’s 3rd Annual Haitian Dance Troupe Competition. Konbit Kreyol, a student organization that promotes Haitian culture, organized the competition. The club is not limited to the Haitian population — it’s the core for Caribbean students at FAU, according to Myrvens Paul, external vice president of Konbit Kreyol. “We want to promote unity and foster a sense of community on campus,” he said. Konbit Kreyol’s goal for this year’s competition was to make this the best dance competition FAU has ever seen. Last year, the competition brought in around 250 people. With a budget of about $800, the organization expected the same amount. By 8:30 p.m., Konbit Kreyol exceeded its expectations with a growing attendance of 400 people.

The competition featured three categories of music: Hip-Hop and R&B, Carnival and Kompa and Zouk music. The competition’s judges were former Miss West Indies, Misty Jean, poet Naomie Labaty, legendary dancers James “Salsa” Jolivert and Victoria Louis and leader of the Haitian band TiChapo, Roldye Azard. Konbit Kreyol’s Dance Troupe represented FAU with a sensual performance, intertwining traditional Haitian dance forms and R&B music. The second round featured the dancers dressed in red, crimson and yellow skirts. The routine relied heavily on dramatic spins and more hip rotation than the other teams. Dressed as naughty school girls in the last round, female dancers were lifted in the air and twisted in amazing angles. The ground —more than anyone in the Pavilion— felt the brunt of the sensuality as women grinded on the floor and males followed.

The crowd raged. “Everything was creative and different,” said Winnie Camille, a sophomore health administration major in the crowd. “It wasn’t mainstream. No regular pop-and-lock routines. I liked that.” The first of the four dance troupes to perform were the Haitian Ibo Dancers, hailing from Miami Dade College. Leaning more toward traditional Haitian dances, the group gave a riveting performance in all three rounds. With women in white sleeveless mock necks and gentlemen shirtless, the Ibo dancers gave us a taste of South Florida, butt popping included. The University of Miami’s team, Ballad Kreyol, followed Miami Dade College. The six female dancers danced by themselves in two of the three rounds. Although there were a couple mishaps — one of the dancers fell, but recovered quickly — the dancers persisted. It was Broward College’s team, Roots, however, that completely stole the audience’s affection. In belly-baring tops covered in jingling coins in the second round followed by mafia-themed ensembles in the last, Roots executed their choreography and won first place in the competition. Jessica Donette co-hosted the event and is a former Roots dancer. “I know how hard these teams work,” she said. “It’s hard to gather a team of dancers who don’t get paid to practice everyday.”

According to Patrick Clerveaux, Konbit Kreyol’s historian, next year’s competition will be even better. “It’s all about uniting everyone,” he said. “Everyone came out tonight to have a good time. I can’t wait to see the turnout next year.” 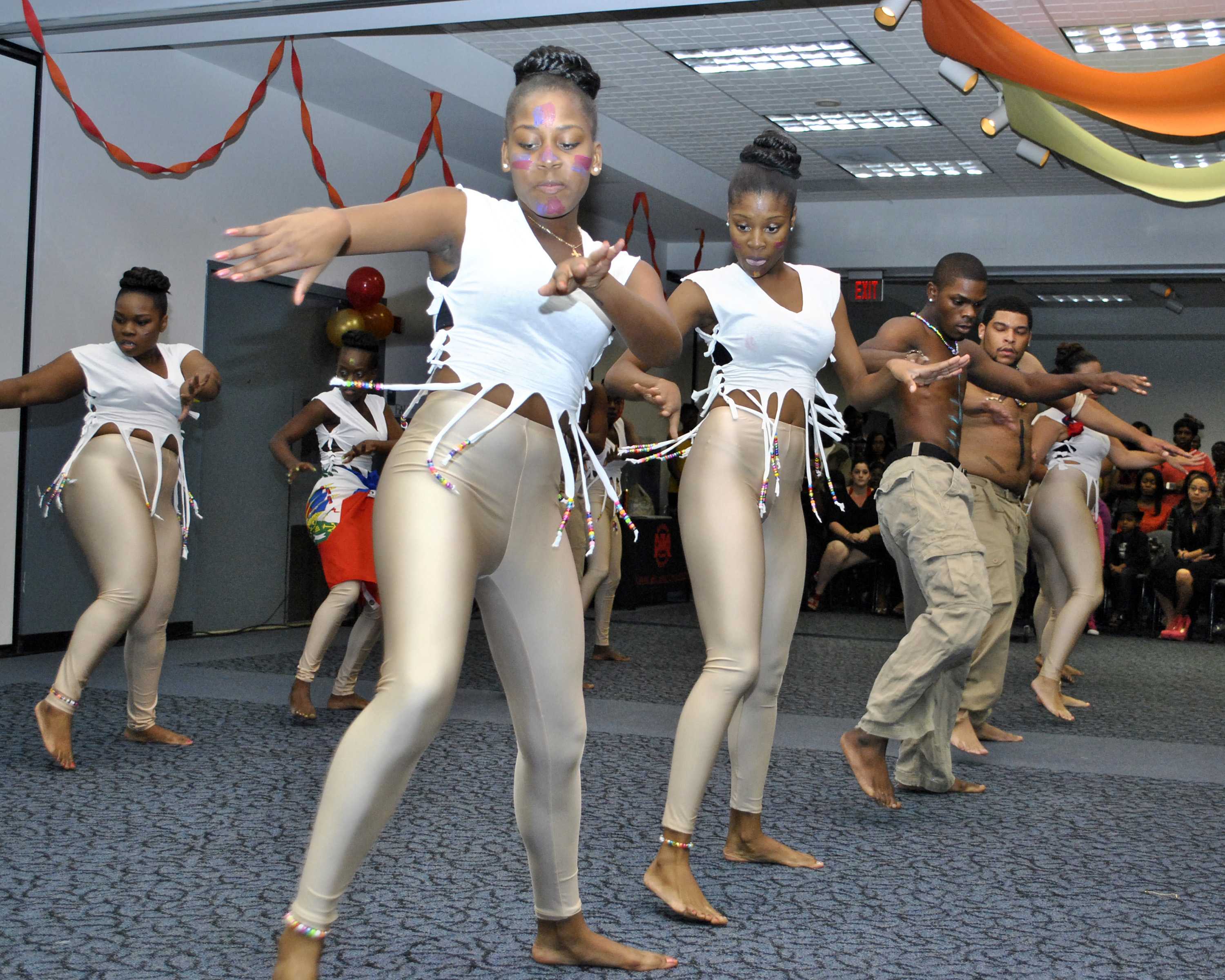