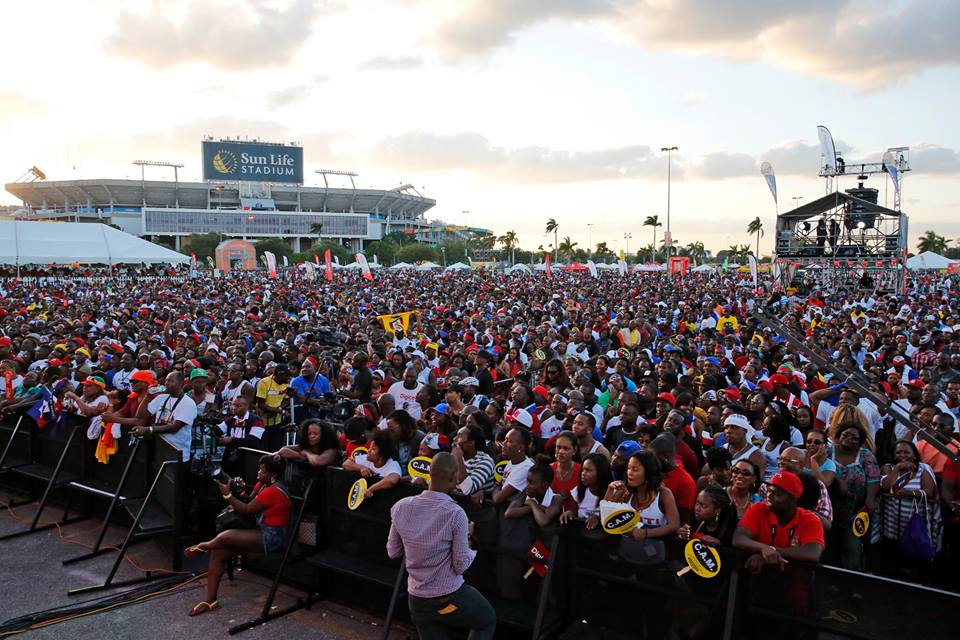 The Haitian Compas Festival is only days away from making history once again. For 17 years, Noel & Cecibon Productions has brought the hottest acts to the stage and this year is no exception as Sun Life Stadium will be packed with Haiti’s top bands. From Djakout #1, T-Vice, CaRiMi, Nu Look, Klass, Disip, Team Lobey, Konpech, K-Zino, Gabel, and Kreyol La music lovers are in for the time of their lives. Commemorating Haitian Flag Day during the observation of Haitian Cultural Heritage Month, the Haitian Compas Festival has brought tens of thousands of visitors, tourists and locals alike to South Florida for a weekend full of activities. A plethora of DJ’s like Gardy Girault, Tony Mix, Power Mixx, Nicky Mixx and the Untouchables will also move the massive crowds.

This year the Haitian Compas Festival Press Reception will kick-off all the weekends’ festivities. On Thursday, May 14, 2015, from 6pm to 9pm at Moca Café & Lounge at 738 NE 125th St, North Miami, the media is invited to help us showcase everything that is set to happen throughout the entire weekend. From Thursday until Monday, the Haitian Compas Festival is flooding South Florida with Haitian flags, Haitian music and limitless excitement.

Coinciding with the group Kreyol La’s Invictus Album Release, the Haitian Compas Festival’s Kick-Off Party on Friday, May 15, 2015, officially begins with Friday Madness at Moca Café with Kreyol La and Djakout #1. That same night, the highly recognized All Black Affair at Club Space in Downtown Miami will have T-Vice, Klass, Nu Look and CaRiMi on two levels. On Saturday, the Haitian Compas Festival takes center stage at Sun Life Stadium. Saturday night the After Party is at Moca Café for Battle of the DJ’s. While Sunday we celebrate the 60th Anniversary of Compas Direct with Djakout #1, System Band & Nu Look at Soirée Rouge et Blanc at Café Iguanas in Pembroke Pines. Monday night the weekend officially ends with 5Etwal and Klass at Moca Café.

Tickets are currently on sale and advanced tickets have already sold in the 9,000 mark. Tickets are available on www.ticketmaster.com and are also being sold directly at Sun Life Stadium. For more information about the 17th Annual Haitian Compas Festival call 305-945-8814.

Washington Post: “Is It Time For France To Pay Its Real Debt to Haiti?”
New York You’re Invited To The First Annual POWERforward Gala