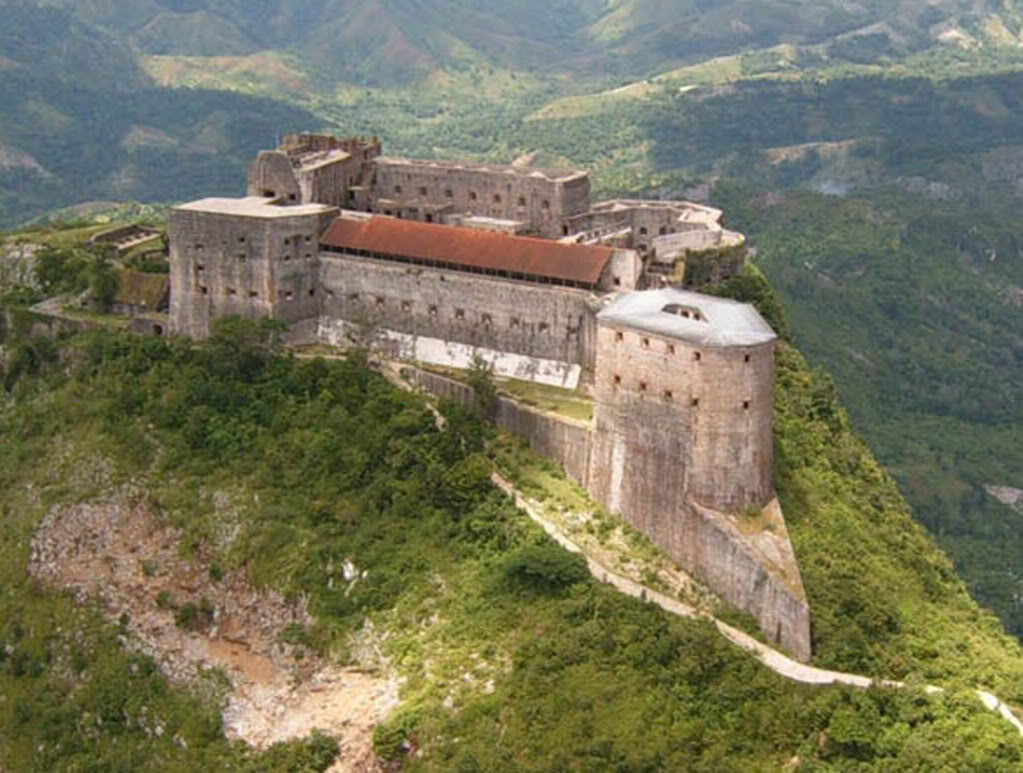 More exciting news for Haiti. According to one of my favorite sites Sawpanse

The Citadelle Laferrière has been inducted into TripAdvisor’s inaugural Certificate of Excellence Hall of Fame as one of the top 10 remarkable monuments and historical sites to visit in 2015 in the Region of the Caribbean. The largest fortress in the Americas and the Eighth Wonder of the World ranked #7 and received the 2015 Certificate of Excellence from TripAdvisor, the world’s largest travel site.

The Citadelle Laferrière, built in 1820 for Henri Christophe, is a mountaintop fortress, located on the northern coast of Haiti – on the top of mountain Bonnet a L’Eveque. Depicted on local currency, stamps and postcards, this amazing structure has become the symbol of Haiti’s power and independence. It was built in the beginning of the 19th century by one of the leaders of Haiti’s slave revolution.

The Citadelle Laferrière is also known simply as the Citadelle or as Citadelle Henri Christophe in the honor of its creator.

Learn more about The Citadelle Laferrière at citadellelaferriere.com