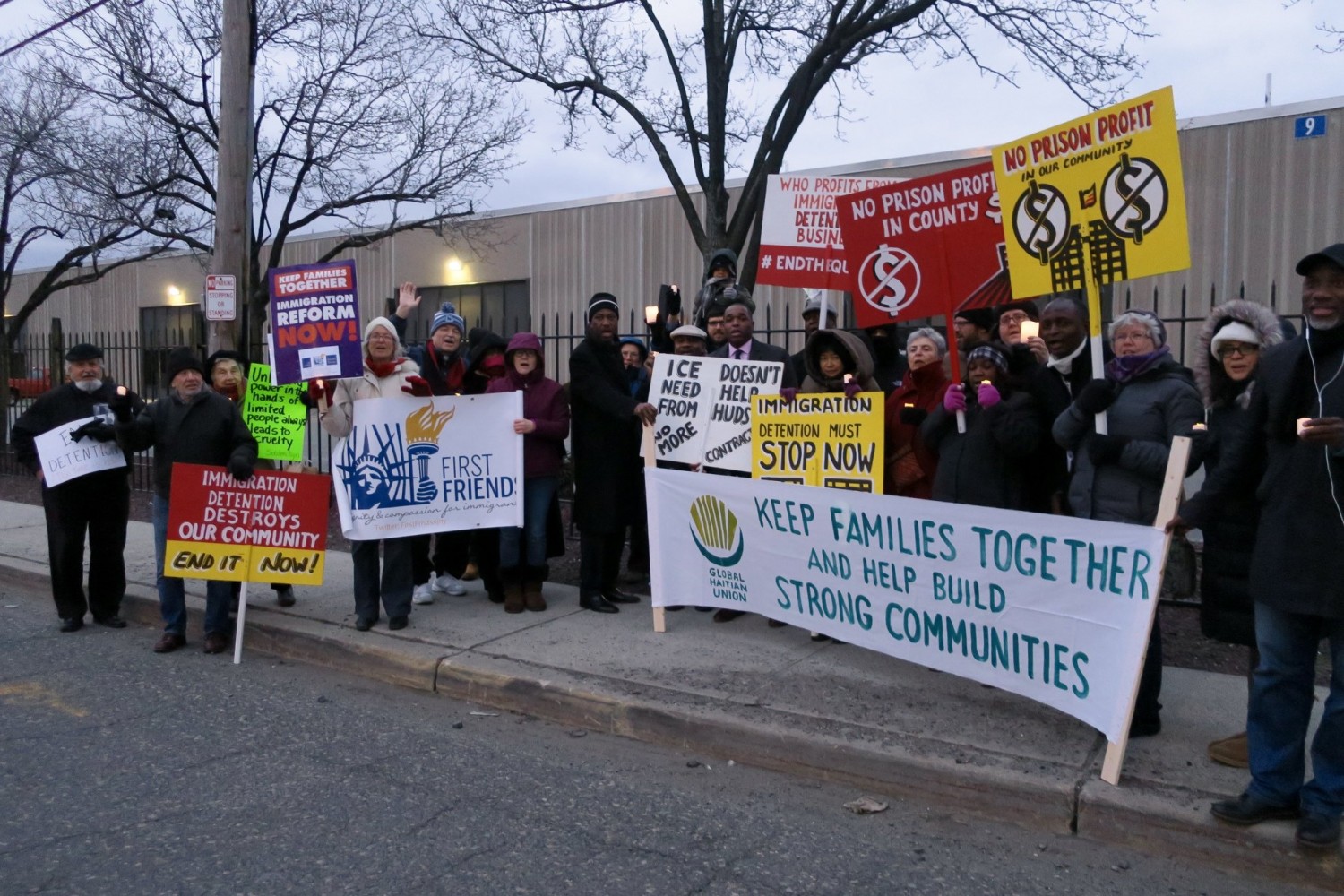 Waves of protesters across North Jersey surged against President Trump’s recent executive order on immigration this weekend, rallying at locations including Newark Airport, the Elizabeth Detention Center, the Hudson County Jail and the municipal green in Teaneck.

Immigration advocates and local Haitian groups gathered outside Hudson County jail Saturday night to rally against the detention of inmates based on their immigration status.

The American Friends Service Committee, Faith in New Jersey, First Friends of New York and New Jersey, and New Jersey Advocates for Immigrant Detainees held a vigil in honor of those who have died trying to relocate to The United States.

The rally came on the heels of President Donald Trump’s order to temporarily ban immigrants from seven countries and put a halt on accepting Syrian refugees. Hudson County participates in the U.S. Immigration and Customs Enforcement program.

Local Haitian groups attended the event, estimating between 300 and 600 Haitians are held on immigration detention in New Jersey.

“The Haitian-American community is outraged at the treatment of our fellow Haitian sisters and brothers who are suffering in the Hudson County jail for seeking a better life in America,” said local Haitian leader Archange Antoine. “The people of Haiti have suffered natural, political and economic turmoil over the last 20 years.”