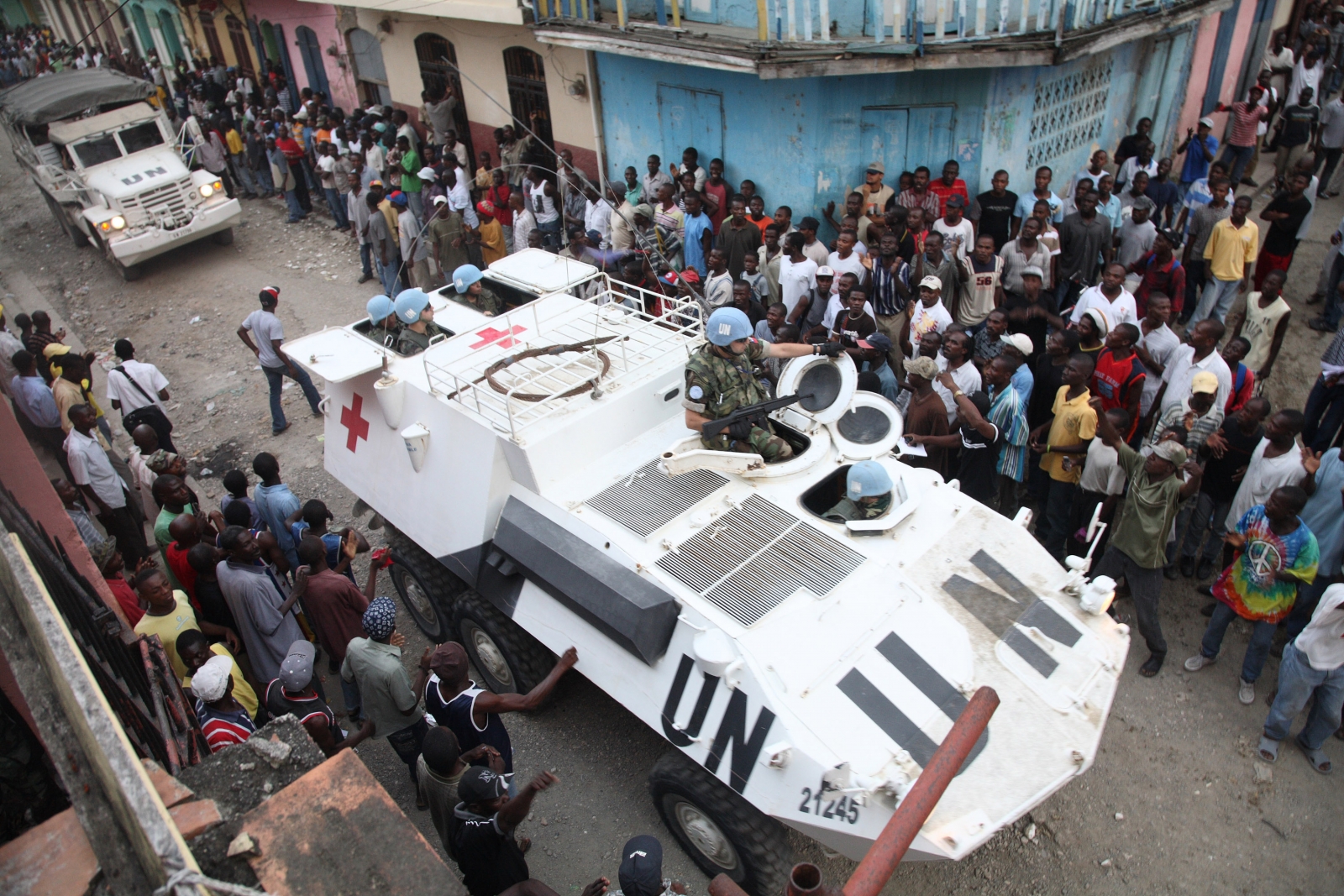 I’m sure this is going to be great news for the Haitian residents who believe the UN is sometimes the biggest threat to Haitian democracy.

According to Jacqueline Charles of Miami Herald,

After nearly 13 years of calming the slums, cracking down on armed gangs and providing vital military backup to Haiti’s national police around the country, the United Nation’s multinational military force is on its way out. And some Haitian lawmakers want it replaced with their own homegrown army.

“Definitely, the military component is not necessary anymore,” Hervé Ladsous, the U.N. secretary-general for peacekeeping, told the Miami Herald. “Stability is essentially there. Look at the elections at the end of last year. There were incidents, yes, a few, but nothing really serious, and I think nothing that justifies the prolonged stay of regular troops.”

Ladsous plans to recommend ending the military component of the $346-million-a-year stabilization mission in a report to Secretary-General Antonio Guterres that will be sent to the Security Council. He came to the conclusion after leading an assessment here last week on the future of the U.N.’s presence in the country. Among those he met with: political party leaders, parliamentarians and newly-sworn in President Jovenel Moïse.

“I think he is all for strengthening our work together,” Ladsous said of Moïse, who would be the first Haitian president to govern without the U.N.’s heavy militarized presence since peacekeepers arrived in 2004 during a bloody coup that toppled then-President Jean-Bertrand Aristide. “There is work to be done, but it’s primarily by the Haitians themselves. … We are very much ready to support, and we will remain perfectly ready to mobilize.”

During the discussions, Ladsous said that no one objected to the proposed departure of the blue-helmet peacekeepers. Though the international forces helped restore order for more than a decade, the soldiers also have been tied to sexual abuse allegations and a cholera epidemic that has killed more than 9,400 and sickened more than 802,000. – Read Full Article Here