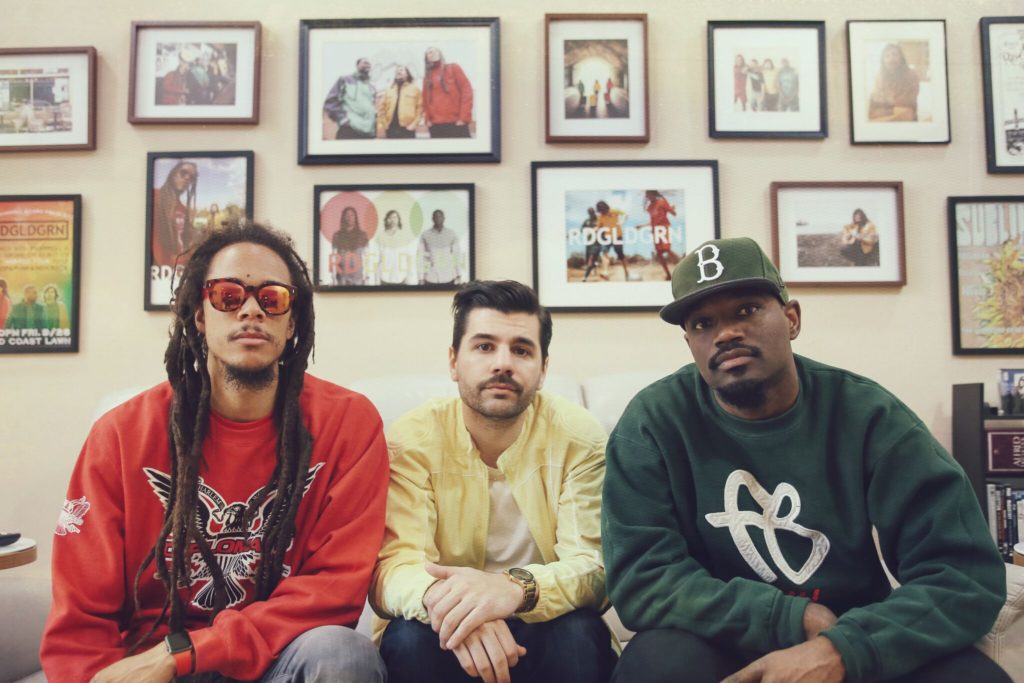 Just in time for Miami Kanival!!!

Our artist and video of the day is Washington-based group RDGLDGRN. The group which consists of  members RED GOLD & GREEN has played with the likes of Lauryn Hill, Janelle Monae, Foo Fighters and  co-wrote and produced  a song with Pharrell Williams on their first  album “Doing The Most”

The group latest single is an ode to one of the biggest celebrations in the West Indian culture, Kanival. The front man of the band is a Haitian-American and two of the three members speak a bit of kreyòl. 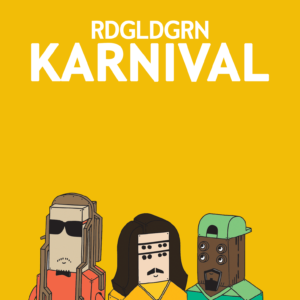 With a distinctive go-go drumbeat native to Washington D.C. serving as the backbone to the band’s sound, RDGLDGRN represents the best of the city’s musical heritage: influenced by punk, hip-hop, jazz, indie rock, and soul. The result is a trio that could be the lovechild of The Neptunes and Arcade Fire—excelling as a live indie band and as a hip-hop group and production trio. To put it simply, this band, while deeply rooted in D.C.’s sonic landscape, also manages to transcend it.

RDGLDGRN initially gained widespread recognition after self-releasing the song, “I Love Lamp,” on YouTube, a song that landed them in the studio with Dave Grohl and Pharrell Williams, with whom they collaborated on their debut album, RDGLDGRN LP. Williams co-wrote and co-produced the standout track “Doing the Most,” which showcases the breadth of the group’s capabilities and their willingness to defy convention.

However, while the singularity of their music demands attention, it is their live performance that has boosted the band’s reputation and built them a diverse and loyal following. The band’s ability to engage with their audience—combining audience participation and irreverent ad-libs and mash-ups to accompany their high-energy performances—has established RDGLDGRN as a must-see live act, sharing stages alongside Outkast, The Killers, The Foo Fighters, 311, Lauryn Hill, Talib Kweli, and AWOLNation. With each performance, RDGLDGRN delivers the kind of energy that could jump-start a stadium, as they did opening for (Foo Fighters July show), with the kind of audience connection one would expect at a private club.

With their upcoming album, RDGLDGRN promises an evolution in their sound, as the group fuses its genre-bending musicality with a sly wit, honesty, and truly global worldview. However, it’s not the musical intricacies, or the obscure combination of influences, that make RDGLDGRN who they are. It’s their ability to create something entirely fresh and new, something that’s often overlooked in this state of the industry where musicians try to stay afloat by following trends. If you ask RDGLDGRN who their biggest influences are, they’d tell you the Beatles and Bob Marley. And while RDGLDGRN don’t exactly sound like those legendary artists, they do share in common something less tangible- they all have made it a point to carve their own path by creating something entirely unique.

Watch The Video Below: