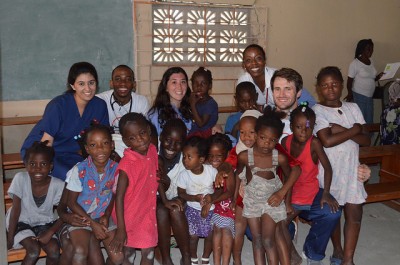 A couple of weeks ago I posted about the group of Florida International University medical students who we’re headed on a mission trip to Haiti to volunteer and provide basic physical exams and health education to one of the communities in Cap-Haitien during their  Spring break. Well the students are back and we wanted to follow-up on their trip.

[FIUNEWS] They’re back and already planning their return. Students from the Herbert Wertheim College of Medicine (HWCOM), who spent their spring break in Haiti on a medical mission, say they’ll be back next year. The group of 17 volunteers included nine HWCOM students, pre-med students and a couple of parents, one of whom is a nurse, the other a doctor. They each paid for their own expenses, but raised $4,500 to hire a local Haitian physician as well as buy medical supplies and over-the-counter medications. 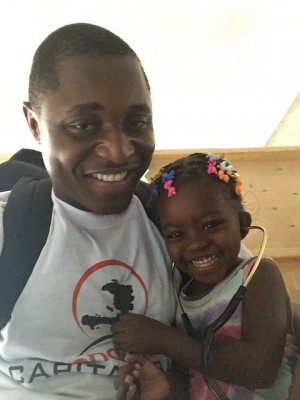 Operating in a makeshift clinic at a church in Cap-Haitien, the students helped treat more than 300 patients – many of whom had never seen a doctor. I feel like we did make an impact,” says Yves-Dany Accilien, one of three Haitian-born students who organized the trip. “Although sometimes there was little we could do, it was more than they had because before they had nothing.”

Their impact appears to have gone beyond health care. Med student Stevenson Chery says he was struck by one of the youngest patients: a 4-year-old girl who had never before seen a doctor.

By the end of her visit, she asked Chery for his stethoscope so she could listen to his heart because she wanted to be just like him. “I felt like our presence didn’t only serve to provide service, but also impacted kids like Rolanda to inspire her to be a doctor,” he says. – Finish reading here