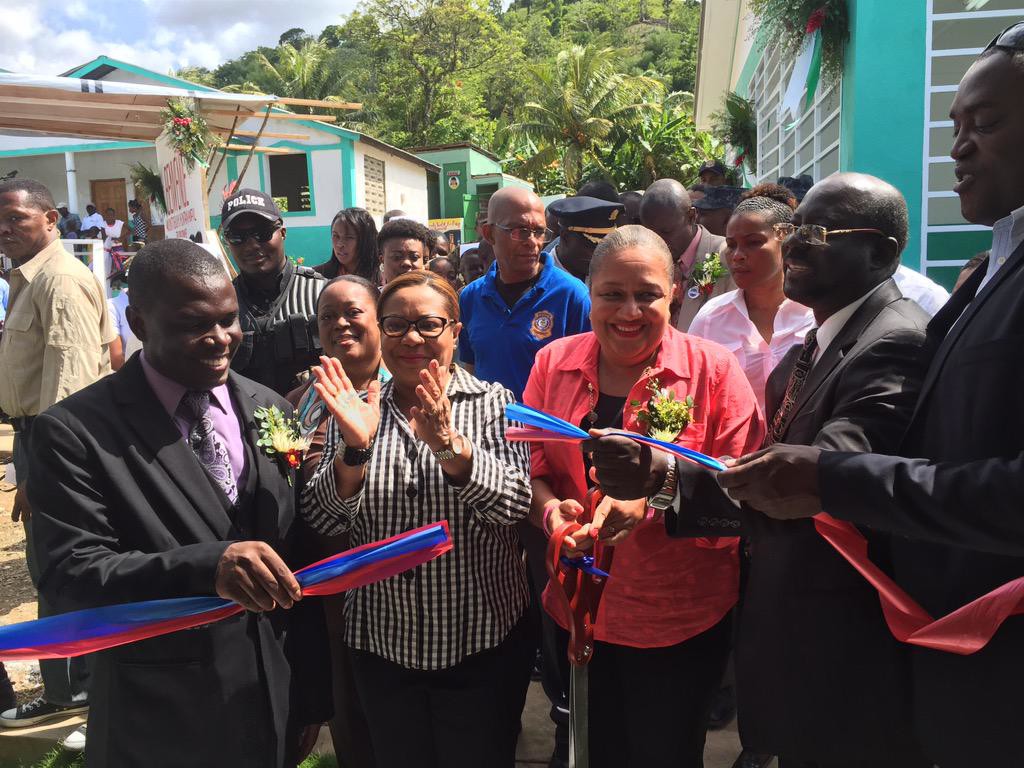 Not much of a surprised here.  First lady Sophia Martelly has played a very active role in her husband’s administration and there had been widespread speculation that she would run to replace him in upcoming presidential election. According to Miami Herald,

“What you suspected, it is so,” Martelly tweeted with a photo of her holding up her registration document. 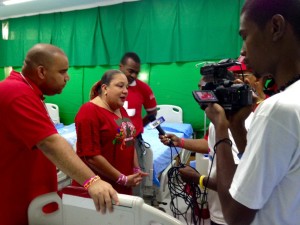 Whether Martelly would seek a Senate seat in the Aug. 9 legislative elections or
attempt to replace her husband, Michel Martelly, in the Oct. 25 presidential balloting has been a subject of much speculation among Haiti watchers.

President Martelly begins the final year of his five-year presidential term in May. If no one wins the first round of presidential elections on Oct. 25 out right, runoffs will take place Dec. 27. The last day for candidates to register for parliamentary elections was Thursday after the Provisional Electoral Council extended the deadline a few days to give candidates living outside the capital and other major cities time to file. As of Wednesday 2,313 Haitians had registered.

There were 301 candidates for the 20 vacant seats in the Senate and 2,012 for the 119-member chamber of deputies, according to Haiti’s Le Nouvelliste newspaper. – Continue Reading Here

Mrs. Martelly who has never run for office in Haiti may have bigger problems then that. Martelly  may find herself the subject of a legal issues since she was born in New York. According to SunSentinel,

Sophia Saint Remy Martelly was born in New York, USA according to the Miami Herald and the Agence France-Presse. Even though the Haitian Constitution requires one to “Haitian-born” to be elected to the Senate, on Thursday she registered her candidacy for the seat. It is possible that First Lady Sophia Martelly, who is running under the banner of her husband, Michel Martelly’s, Tet Kale political party, is unaware of the Constitution and law regarding this matter. But if she was aware of it, she did not make comments to the press as to why she is not purposefully attempting to violate the law.

Aritcle 96 (1) of the Constitution of Haiti reads:

To be elected to the Senate, a person must be a native born Haitian and never have renounced his nationality;  – – Continue Reading Here

[Watch] Garcelle Beauvais on How She Discovered her Husband Cheating
Blackburn “Clintons Helped Themselves, Not The People Of Haiti”