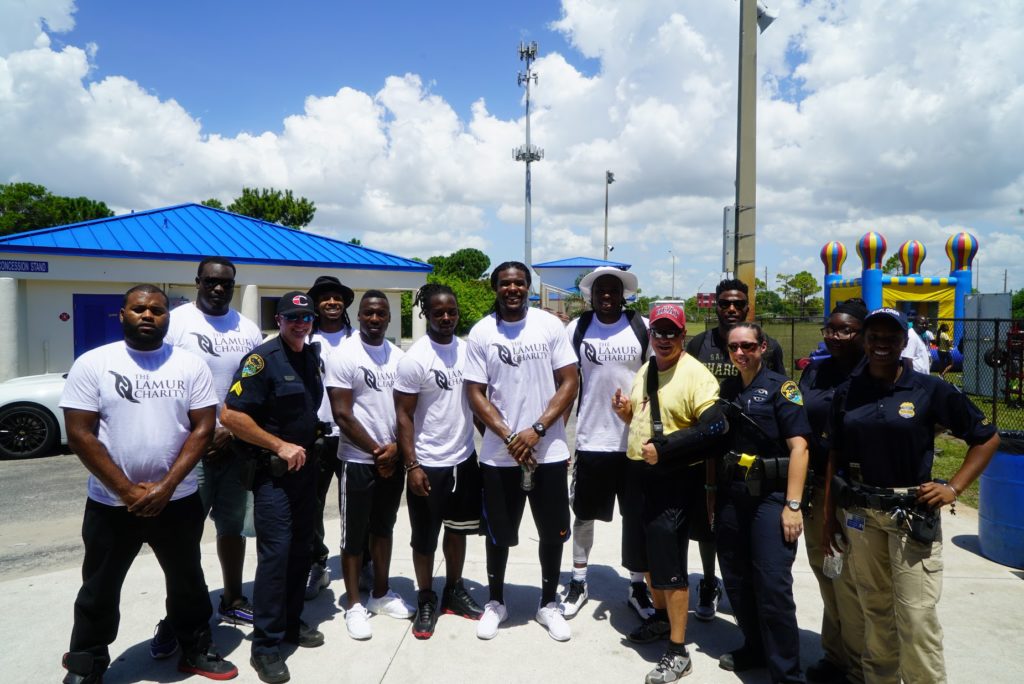 A month ago the little league team’s equipment room was broken into and vandalized. The mayor, local police department and a few city officials were in attendance to thank the players for a 4 hour day of fun for the kiddies.

Emmanuel Andrew Lamur is an NFL linebacker for the Minnesota Vikings. He was signed by the Cincinnati Bengals as an undrafted free agent in 2012. He played college football at Kansas State.

Sammuel Lamur is a quarterback who is currently a free agent. He was signed by the Tampa Bay Storm as an undrafted free agent in 2014 as a quarterback. He played college football at Kansas State University.