Congratulations to the Haiti Polo Team who are in Australia preparing to compete in the Australian open World Series. The Polo Series takes place in 5 cities across Australia Nov 17 to Dec 19.

The Haiti Polo Team, led by captain Claude-Alix Bertrand, has arrived in Australia to face off against the home team during the opening match of the World Series Polo in Sydney.

Saturday’s matchup of Haïti vs Australia will launch the five-week series that spans five major cities across the continent. Ten of the top teams from around the world have gathered to compete in front of an estimated 25,000 fans in Sydney, Brisbane, Melbourne, Perth and Adelaide.

A media whirlwind has followed the arrival of Haïti Polo Team, which culminated Friday afternoon (local time) with a welcome party on the super-yacht Galaxy I in the Sydney Harbor. Saturday’s matches will be broadcast by ESPN in Australia. Haiti vs Australia will begin at 15h00 local (UTC+10) time. 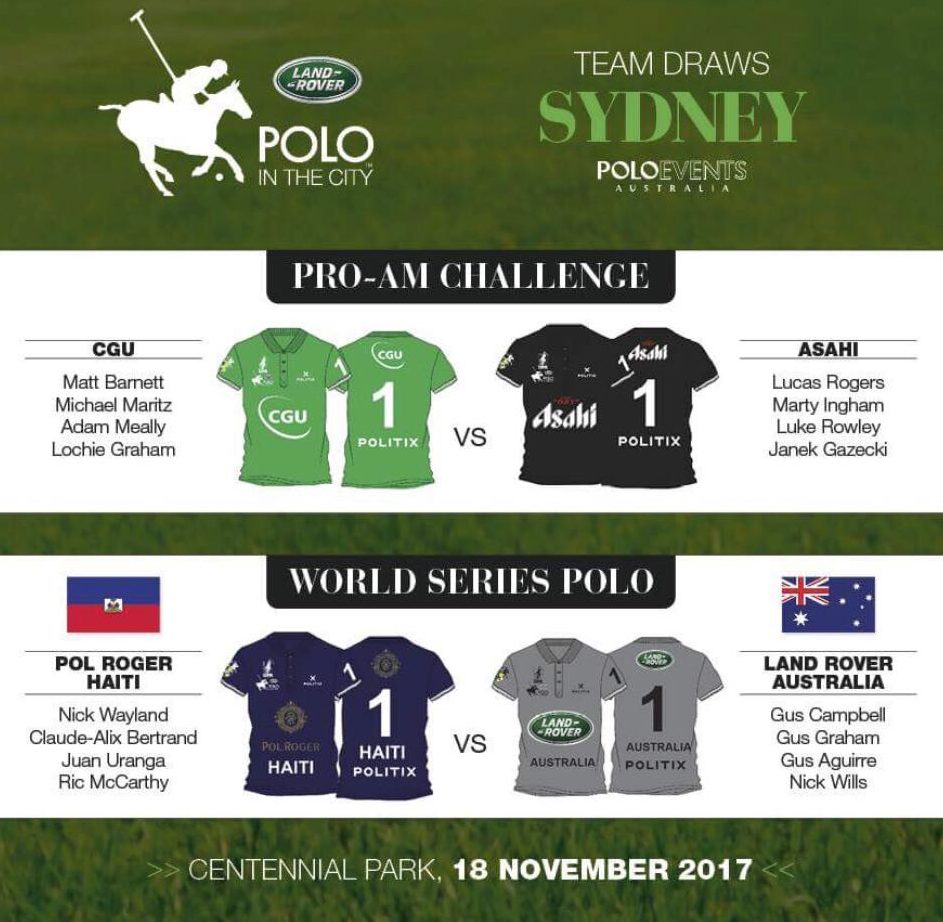