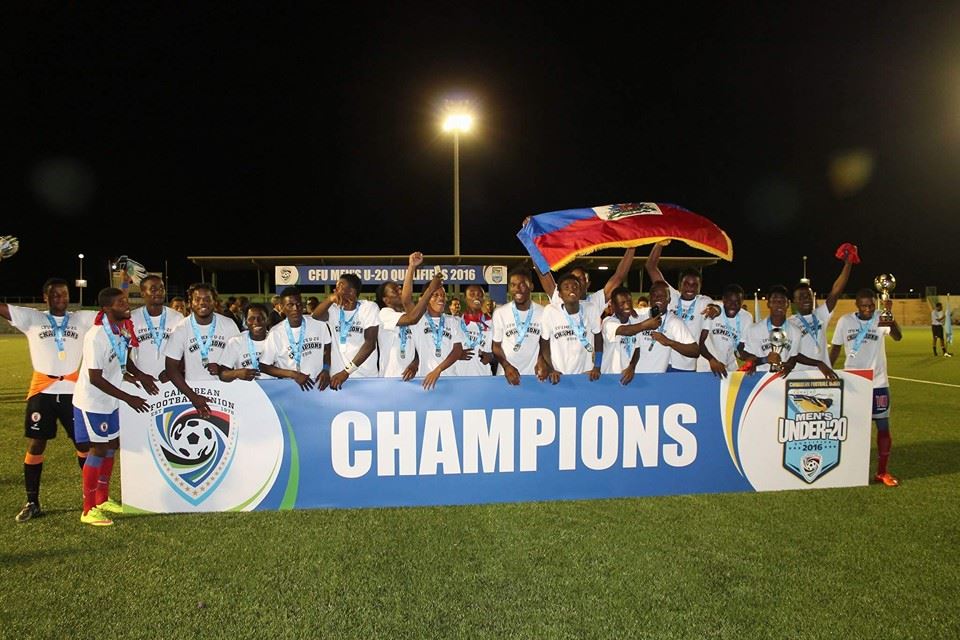 Our Grenadiers (U-17 and u-20) are the reigning champions of the Caribbean. On Sunday the Haitian U20 National team were crowned the 2016 Caribbean Cup Champs after beating Antigua 4-0.

A couple of weeks ago our young Grenadiers U17 won the Caribbean Cup U-17 on beating Cuba 5-0.

On Friday our U-20 national team had the same goal in mind when they faced Bermuda in the semi-finals and won 3-0 with goals by Jonel Désiré, Ronaldo Damus and Roberto Louima. On Sunday the team left nothing to chance and defeated Antigua 4-0 to become U-20 2016 Caribbean Cup Champions.

In a perfectly mastered match, Wilfrid Montilas fully dominated the match from one end to the other and landed 2 goals in the first period and a double from Roberto Louima [2-0]. After the break, the young Grenadiers bury Antigua by scoring two more goals by Ronaldo Damus. The young Grenadiers also won all the individual awards of the tournament.

Next stop is the CONCACAF Finals.