I’ve been a fan of Nerlens since I found out he was Haitian a few months ago. Nerlens Noel was expected to be selected with the top overall pick in Thursday night’s NBA Draft. It didn’t quite go as planned,  although the talented big man slipped all the way to the Pelicans at No. 6 before they worked out a deal to send him to Philadelphia for All-Star point guard Jrue Holiday, the Haitian American family are very proud of me and we are praying for nothing but success in his future. Congratulations Family!

BROOKLYN, NY – ”Coming to America from Haiti, working two jobs, she never quit so I could be where I’m at today,”  said Nerlens Noel. “I wasn’t about to give up.” During his starting season with University of Kentucky, Noel (who averaged 10.5 points and 9.5 rebounds, and blocked 106 shots) was injured, suffering a torn right anterior cruciate ligament (ACL).

His mother was the source of inspiration that helped him rehabilitate his knee to show NBA teams he was worthy as a top pick in the NBA draft. Now, the 6-foot-10 basketball star from Everett, Massachusetts — a suburb in the greater Boston area — is one of the biggest stories out of last night’s NBA Draft. Noel was expected to be the number one pick in last night’s NBA draft.

Instead, he was selected as the sixth pick by the New Orleans Pelicans, where he would join fellow Kentucky big man Anthony Davis. Noel became the highest NBA draft pick of Haitian descent. But by the end of the night, he was traded to the Philadelphia 76ers for point guard Jrue Holiday and a second round pick.

In 2011, Noel was the top-ranked high school senior in the country. His ascent was extensively chronicled, including an in-depth profile in the New York Times. The 19 year-old was considered the best prospect from the Boston area since Patrick Ewing (the son of Jamaican immigrants).

Now, he heads to Philly where he’ll be reunited with his former AAU classmate Micheal Carter-Williams. 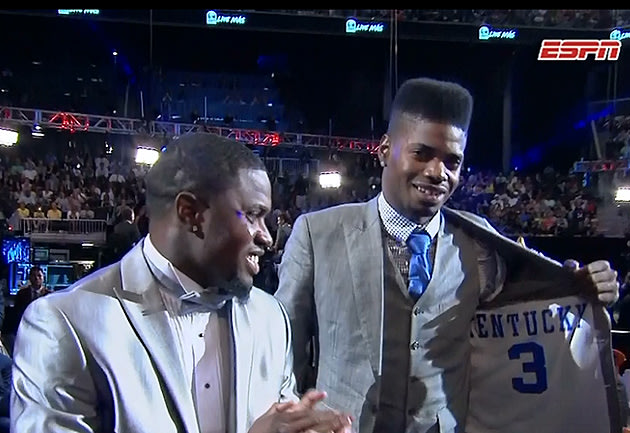 Nerlens Noel might not have really known where he was going on Thursday night, but he knew where he came from,
and made sure to show it off to a national audience. 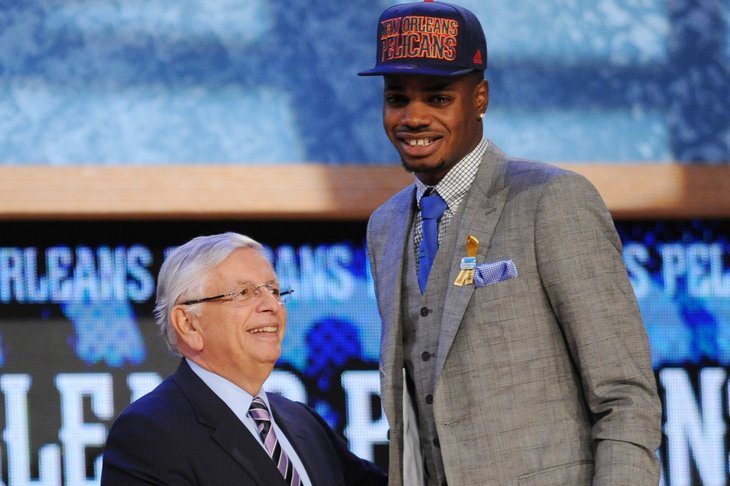 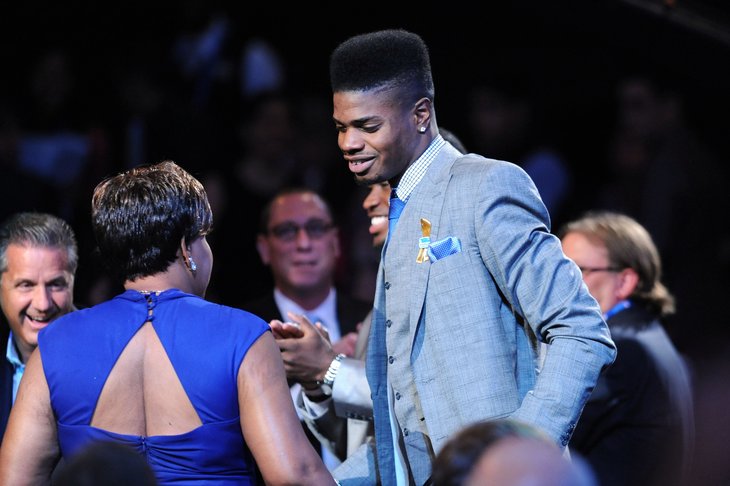 Nerlens and His Family.