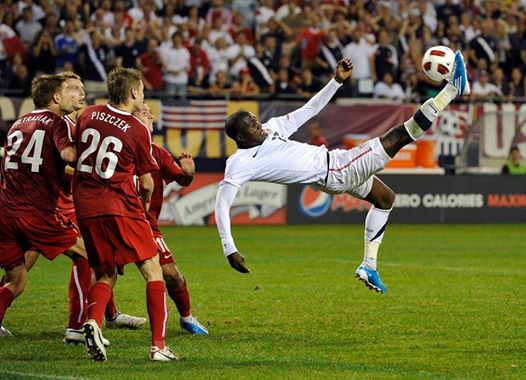 While we cheer and pray for quick recovery for Jozy after hearing he will miss the game against Germany today due to his  hamstring injury, news reports are also focusing on this Haitian-American love for his country and people through his dedication in trying to bring clean water to Haiti.

As Jozy Altidore works feverishly to return to the field for the World Cup, after getting injured in the the US soccer team‘s opener with Ghana,  his foundation’s work, bringing fresh water to the people of Haiti, continues off the field. Altidore said that even before the January 2010 earthquake left Haiti in ruins and killed scores, he’d felt called to help.

“I wanted to [help] but I was so young and my career was just starting,” said Altidore, whose parents are Haitian. “But when the earthquake hit, it just took the wind out of me and I felt at that moment that I had to do something.”

So at 19 years old, he started the Jozy Altidore Foundation. One of Altidore’s dreams for the foundation is to bring clean water to the nearly 5 million Haitians who do not have access, almost half the nation.

“To get fresh water, clean water in Haiti, it’s very hard,” he said. “They have a lot of contamination issues. They’re just cut off from fresh water and a lot of them have to walk miles before they can even reach fresh water.”

His foundation teamed up with Generosity Water, donating money to the nonprofit organization that has installed 561 wells around the globe. Generosity Water has 55 projects in Haiti and has committed to doing an additional 20 wells this year. The first well to be installed with help from Altidore’s foundation now helps 500 people. And he’s just getting started.

“My hope for Haiti is that in the next 20-odd years, it’s a place that people go to vacation and have nothing but positive things to say about it,” he said. “Wishful thinking, I know. But I’d like to get there.” 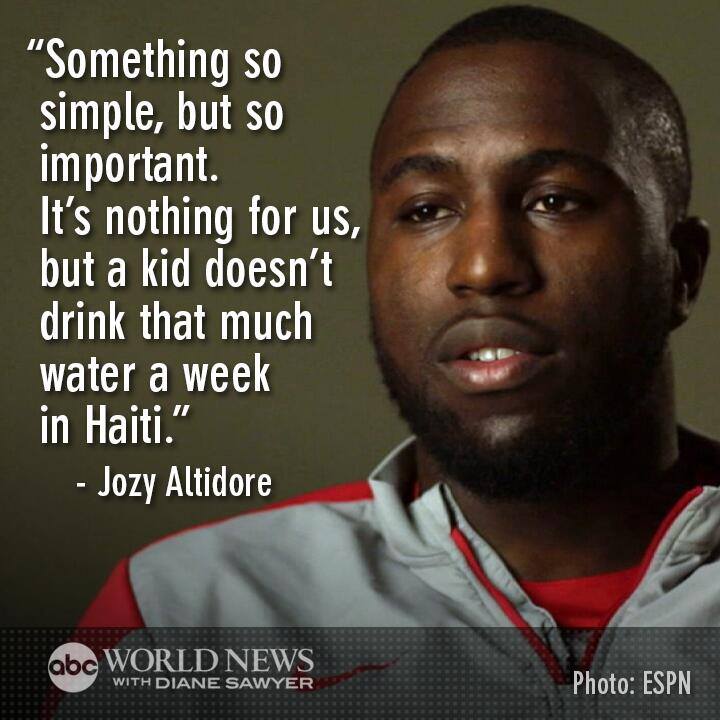