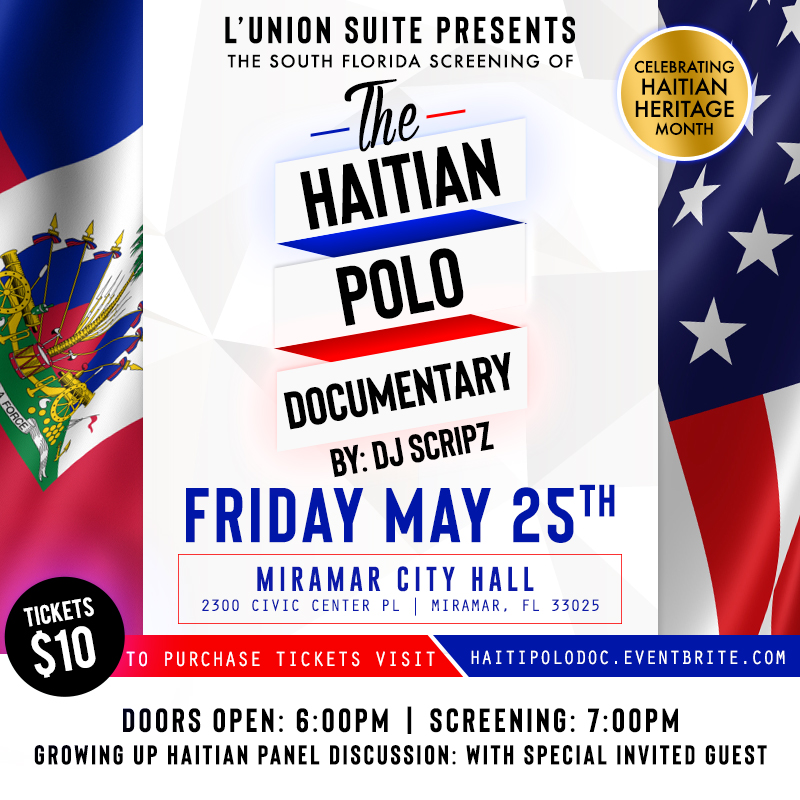 Miami, Florida – May 20, 2018 – As Haitian Heritage Month is underway, L’Union Suite, alongside, Dr. Jean Junior Romelus, also known as DJ Scripz, are honored to present The Haitian Polo Documentary, a film based on the young Haitian immigrant experience in Brooklyn, New York during the 1980’s and 1990’s. Bringing the film to Miami on Friday, May 25, 2018, after a short tour in Haiti, DJ Scripz shines a light on the dark truth about growing up Haitian, when there was no cultural month designated for you.

“Bullying was real back in the ‘80s, Haitians were getting beat up to and from school when kids were just trying to fit into that Hip-Hop culture that was prevalent back then. It was important to me to let the world see the struggles we had to endure to simply stand up for our culture when others were trying to break us down,” shares DJ Scripz.

Directed by Caged Cubez, the Haitian Polo Documentary uncovers stories from artists like Thirstin Howl The 3rd, Sadat X from the Hip Hop Group Brand Nubian and Moses “Rafe” Vernau of the hit web series Money & Violence, who each share their personal experience with growing up Haitian in Brooklyn. From discovering fashion to creating their own identity, the Haitian Polo Documentary highlights the plight of trying to keep up with the Joneses, while fighting to keep your own identity against the “boat people” scrutiny. 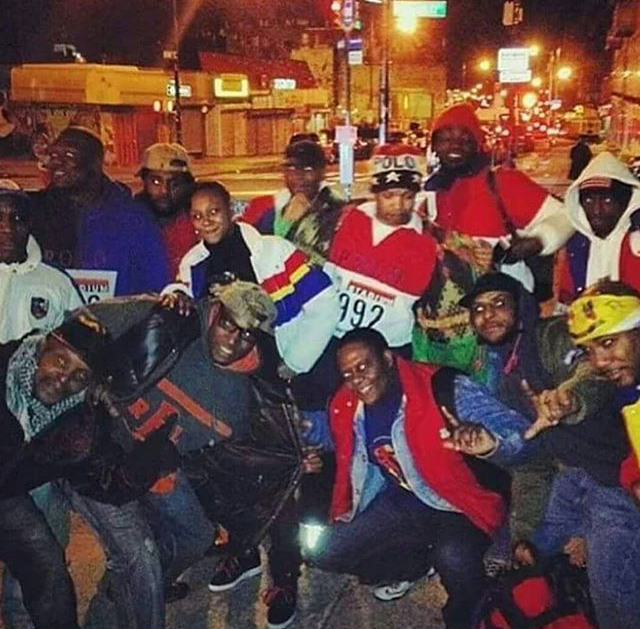 Earning much acclaim since its debut at the Tribeca Film Festival, the film’s tour follows its New York and Haiti trail to Miami then Los Angeles.

“It was important to share the untold story of the young Haitian immigrant experience. People have heard the stories from the elders, but the younger generation’s story has gotten lost in translation. Now that waving our red and blue flag is acceptable, we need to remind the world of a time when it wasn’t, this film helps us do just that,” continues DJ Scripz.

Showing for one night only at the Miramar City Hall in partnership with Commissioner Darlene B Riggs – 2300 Civic Center Place Miramar, FL. on Friday, May 25, 2018, from 6PM to 10PM, there will be a panel discussion after the movie where creator DJ Scripz and other special invited guests will be on hand for a question and answer session with the public and the media.

Tickets for the event are already on sale at Haitipolodoc.eventbrite.com and the film’s trailer can be viewed at https://www.youtube.com/watch?v=jHS1kPhqJxo.