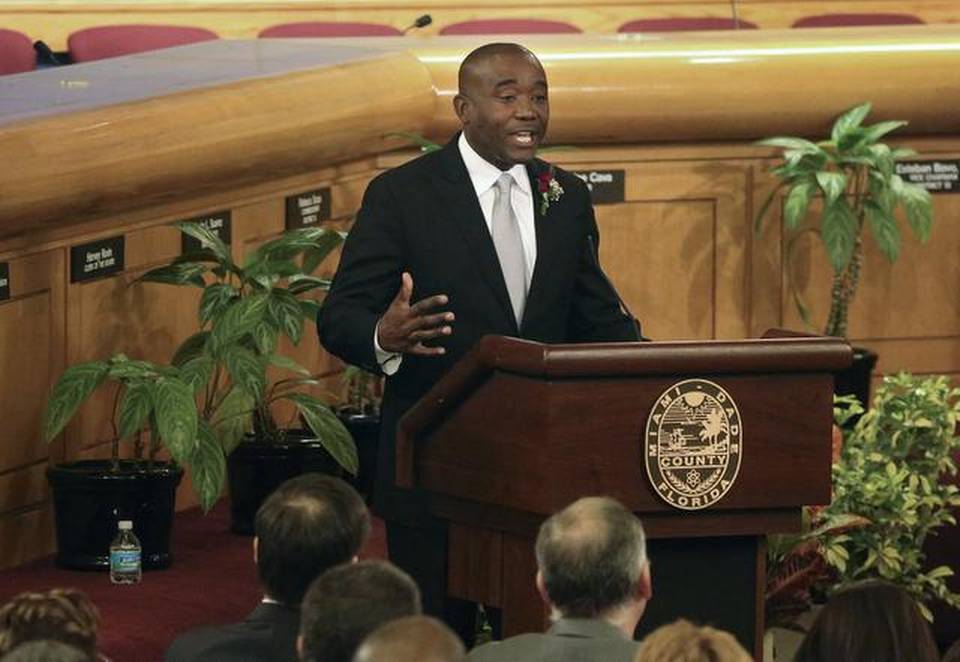 This could be a very smart move for Hillary.

According to Miami Herald,

Hillary Clinton’s 2016 presidential campaign is putting the moves on a man who could prove to be a useful messenger to South Florida’s Haitian-American community.

Jean Monestime, the chairman of the Miami-Dade County Commission, is being wooed by Clinton supporters to fund-raise for the former secretary of state — and, perhaps more importantly, to be a face and voice for her on influential Creole-language television and radio.

By early May, Monestime had collected $27,000 for Clinton’s nascent organization, a milestone rewarded with an invitation to her “Finance Leadership Summit” for hundreds of early donors. The meeting, held May 14 at her Brooklyn headquarters, featured panel discussions with Clinton’s campaign brass — and a question-and-answer session with Clinton herself.

“She has a lot of experience, and I think she’s learned a lot over the years,” Monestime told the Miami Herald. “She has good potential. If she’s able to put a good team together — which I know she can — and learn from everyone… we may have the first woman president.”

The courtship of Monestime signals Clinton knows she needs to build support in communities President Barack Obama relied on heavily to win. Haitian Americans vote heavily Democratic, but may not be as excited to cast ballots for Clinton as they were for Obama, the first black president. Clinton also has ground to make up with some Haitian Americans upset that the Bill, Hillary and Chelsea Clinton Foundation hasn’t got more to show for its charitable efforts in Haiti.

Hillary Clinton has scheduled her first trip to Florida as a candidate next Thursday and Friday. She will raise money behind closed doors in Coconut Grove, Coral Gables, Parkland and outside Orlando. A still-undisclosed public event is also in the works. – Continue Reading Here